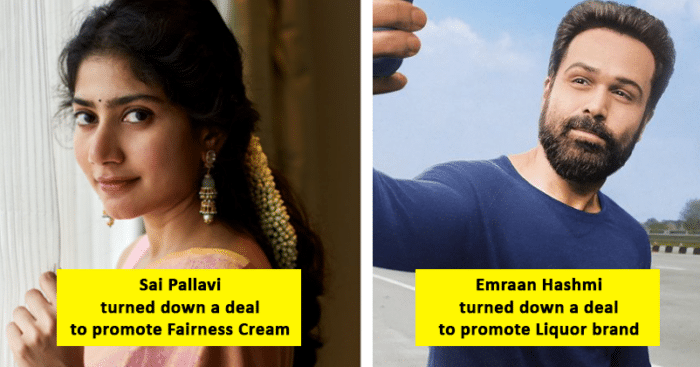 Brand endorsements have always been a major source of income for many celebrities all over the world. While they are considered add-ons, the income that these endorsements generate has been very impressive.

To ensure that the brand has the most relatable and loved celebrity as the face of the brand, there is a lot of competition for it. To ensure they are able to bag the celeb they want, they offer exuberant amounts to these celebs.

But not always does a celeb takes on the deal. Despite the money they are offered, they choose to keep the humanitarian side in check at all times.

Many have even rejected some of the biggest deals as they did not coincide with their moral beliefs. 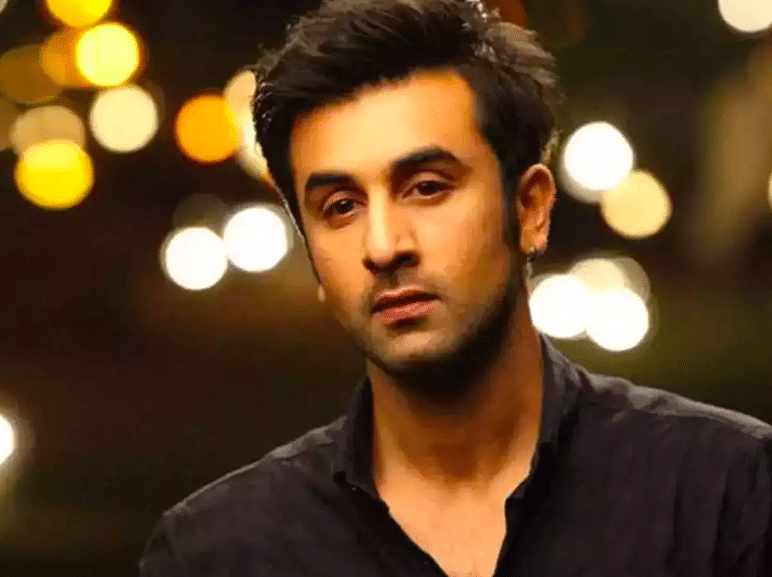 It was reported in 2011 that Ranbir Kapoor had turned down a deal worth Rs 9 crore to endorse a fairness cream.

In 2013, Emraan Hashmi turned down a Rs 4 crore offer to promote a liquor brand without any hesitation or second thoughts.

This has been a very popular incidence that Sai Pallavi had once turned down a fairness cream commercial where the brand was willing to pay her around Rs 2 crores.

Anushka Sharma is another A-list actor in the Indian film industry who has openly stated that she will never endorse fairness creams as she believes they promote racist and sexist beliefs.

Lt. Sushant Singh Rajput had once rejected a Rs 15 crores fairness cream endorsement deal as he believed he has a certain responsibility to his fans.

Abhishek Bachchan had once rejected a very lucrative endorsement deal with an alcohol brand as it was not something he wanted his loyal fans to follow.

Sunny Leone has been very vocal in addressing the things that affect society directly or indirectly. The actress refused a huge deal with a tobacco company as it was something she did not believe in promoting.