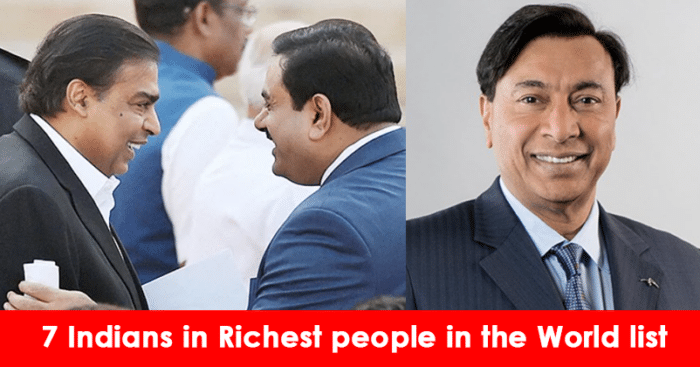 When it comes to corporate and industrial growth, India has had a very prosperous past two years. There have been multiple IPO launches and many startups entering the unicorn club. This has added to the wide list of achievements India has had recently.

To add to it, India now has a record-high number of billionaires, and the country’s top ten rich are worth one-third more than a year ago, as per Forbes rich list.

In the past year, more than 60 companies raised a reported $15.6 billion. The total number of Indian billionaires rose to a record 166, up from 140 last year. Their combined wealth grew nearly 26% to $750 billion.

In 2020, there were four Indians on the list of 100 richest people in the world. The four were, Ambani, Adani, Nadar, and Uday Kotak of Kotak Mahindra Bank.

While the rankings change on a daily basis, the names of the seven Indians in the top 100 list remain constant. 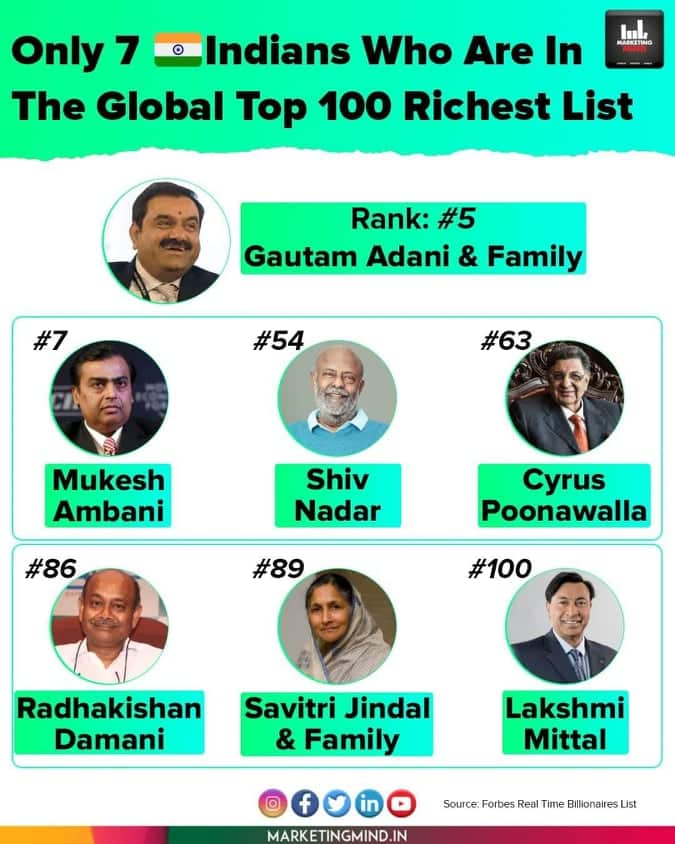 Shiv Nadar ranked 54 on the list with a net worth of $25.6 billion followed by Cyrus Poonawalla and Radhakishan Damani. Savitri Jindal was the only female entrepreneur representing India in the top 10 rich list. Lastly, it was Lakshmi Mittal who was the seventh Indian on Forbes’s list.

Forbes‘ Real-Time Billionaires ranking tracks the daily ups and downs of the world’s richest people. The wealth-tracking platform provides ongoing updates on the net worth and ranking of each individual confirmed by Forbes to be a billionaire.

The value of individuals’ public holdings is updated every 5 minutes when respective stock markets are open. Individuals whose fortunes are significantly tied to private companies will have their net worths updated once a day.