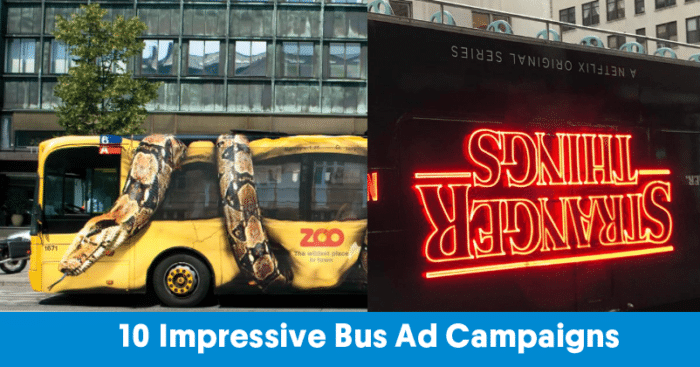 We all agree that the advertising and marketing industry has evolved so much over the years. While the channels to market a product or service may have expanded, one thing does remain the same and crucial to date, that is creativity.

The advertising agency has to come with ideas that are unique to all. In order to do so, they come up with ways that do the job incredibly well.

Guerilla marketing has become the most sort after marketing approach today. The unconventional ideas may include a number of examples but the most common one is undoubtedly the use of a bus.

Many brands have used the side of the bus in the most creative way to either market their product, an upcoming movie, or just for a social awareness campaign. Whatever the reason may be, these buses have been successful in creating the desired imapct.

‘Bored Panda’ has recently published pictures of the top 50 bus ad campaigns. Out of which here are the top 10 campaigns that have created the most buzz. 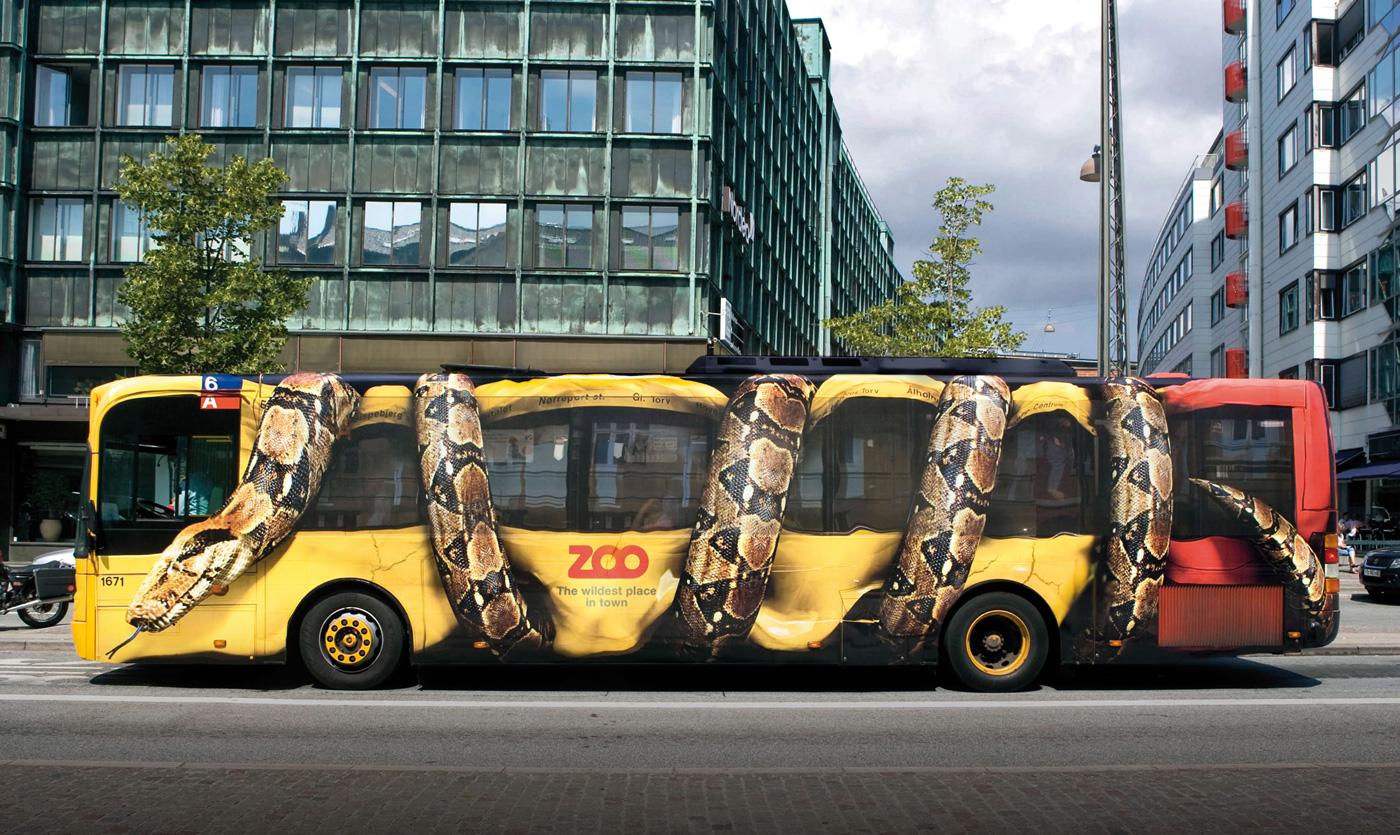 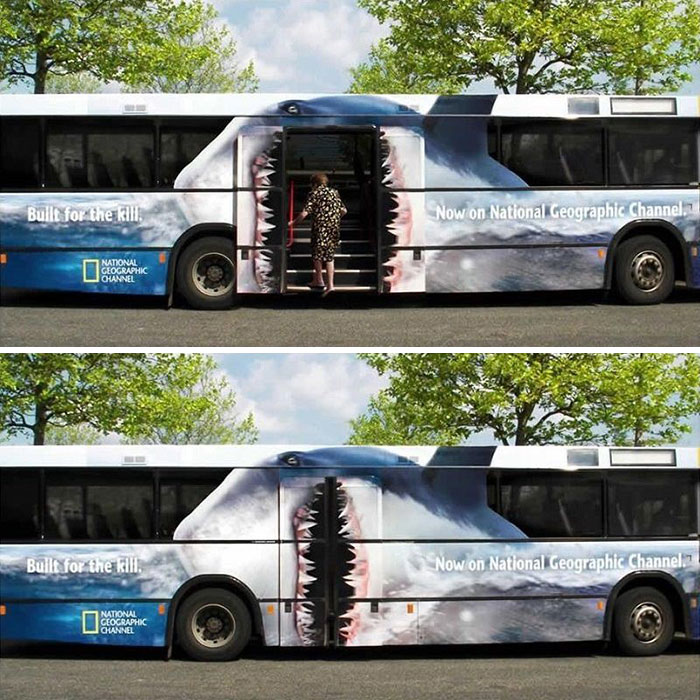 The Amsterdam Advertising reclame-adviesbureau VOF agency did this yet another amazing guerilla marketing for National Geographic Channel. 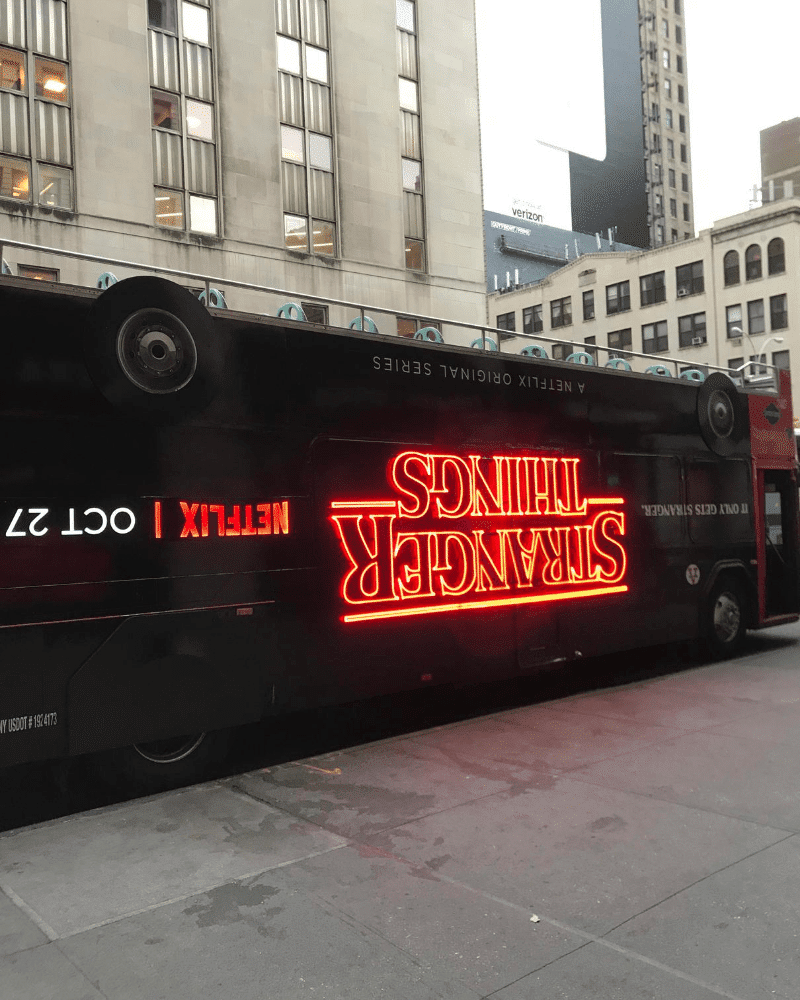 The second season of Stranger Things on Netflix was promoted with a twist of its own. The ad was printed upside down on a bus and whoever saw the ad was amazed by the sheer genius of it. 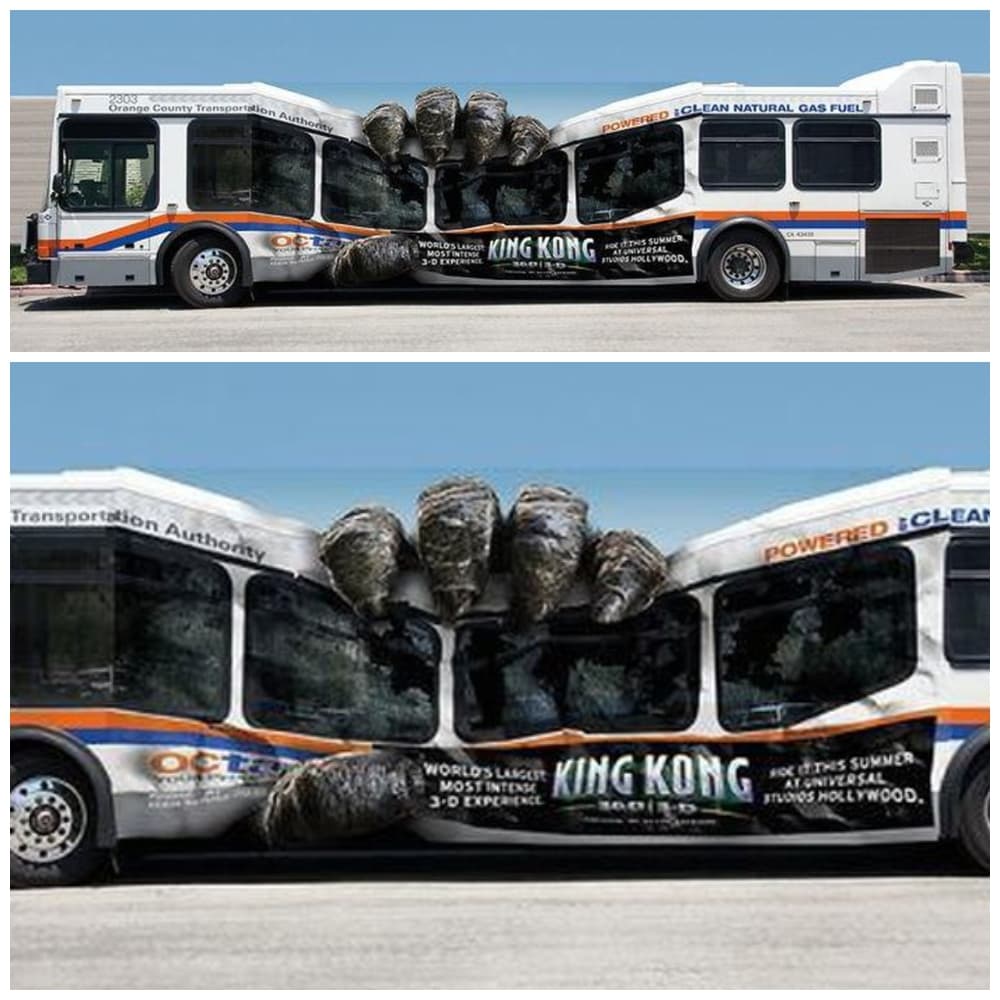 For the latest King Kong movies, the makers came up with an amazing advertising technique. The ad for the movie printed on the side of the bus was crushed by what seems like the hand of King Kong himself. 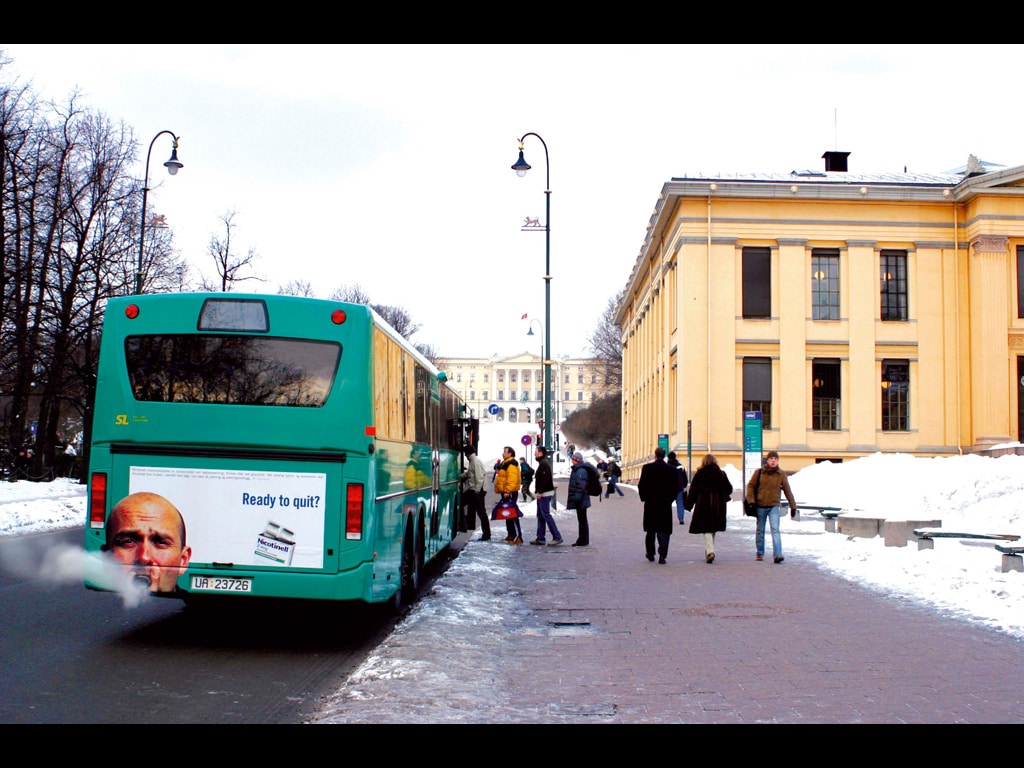 An ad to encourage people to stop smoking was displayed in the most creative way on the side of the bus. 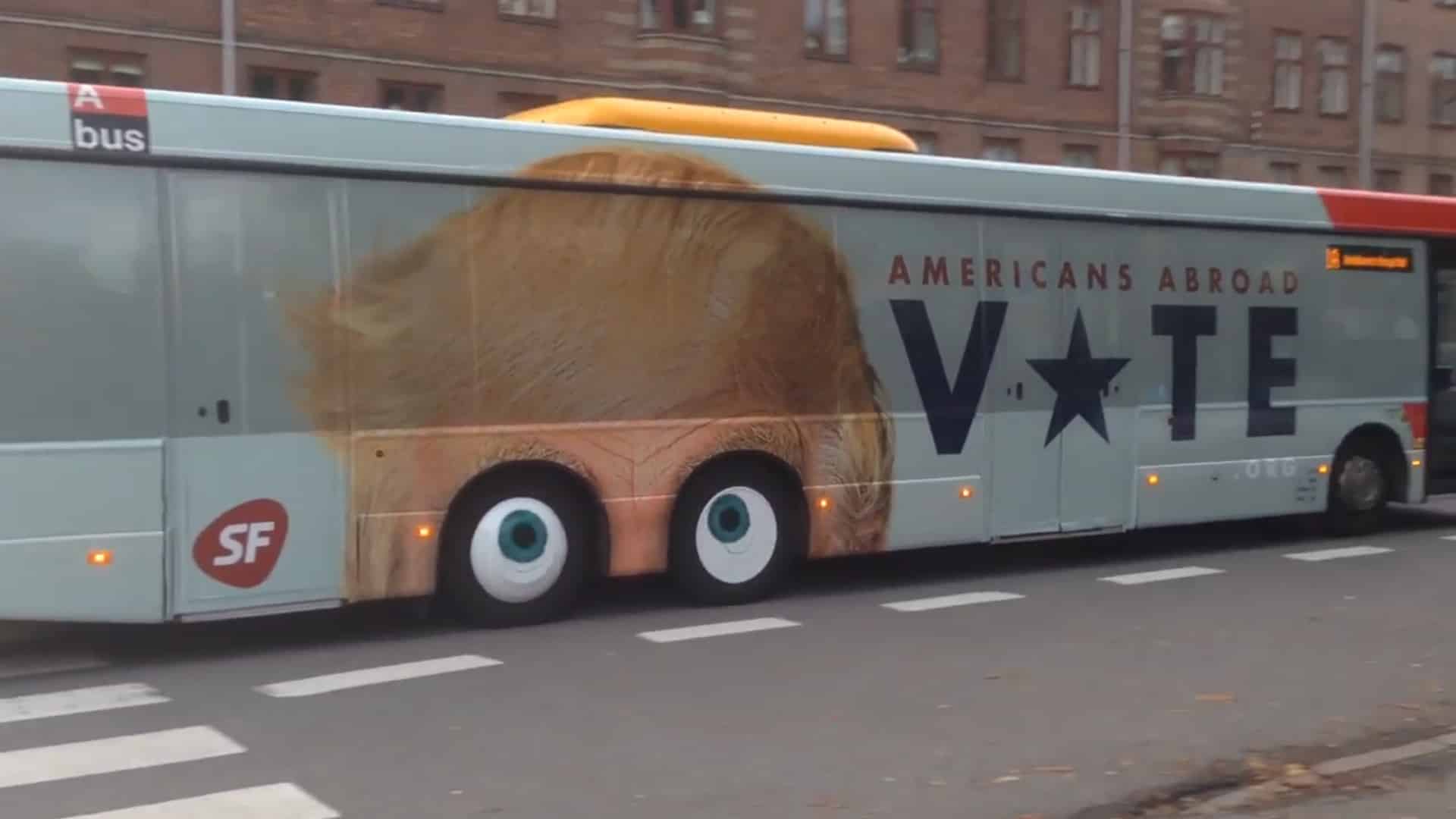 In the city of Copenhagen, Denmark, several buses were seen with massive mock-images of the US presidential candidate’s forehead with wheels for googly eyes. 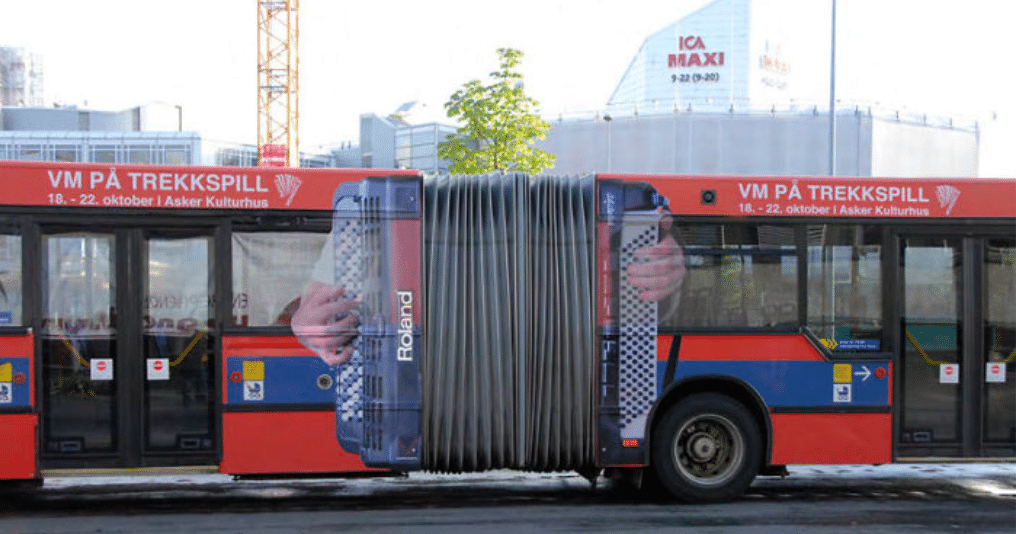 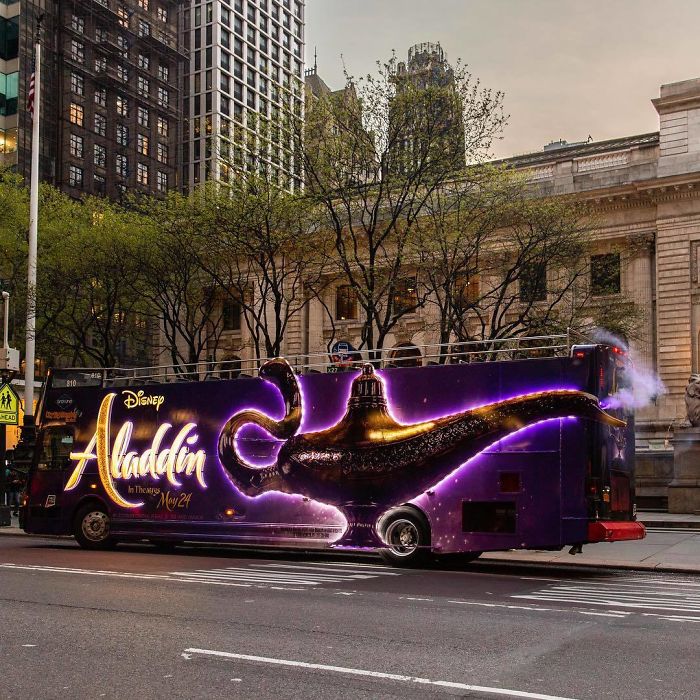 To promote the upcoming Disney movie Aladdin, the makers painted the entire bus with a beautiful purple and mesmerizing artwork. 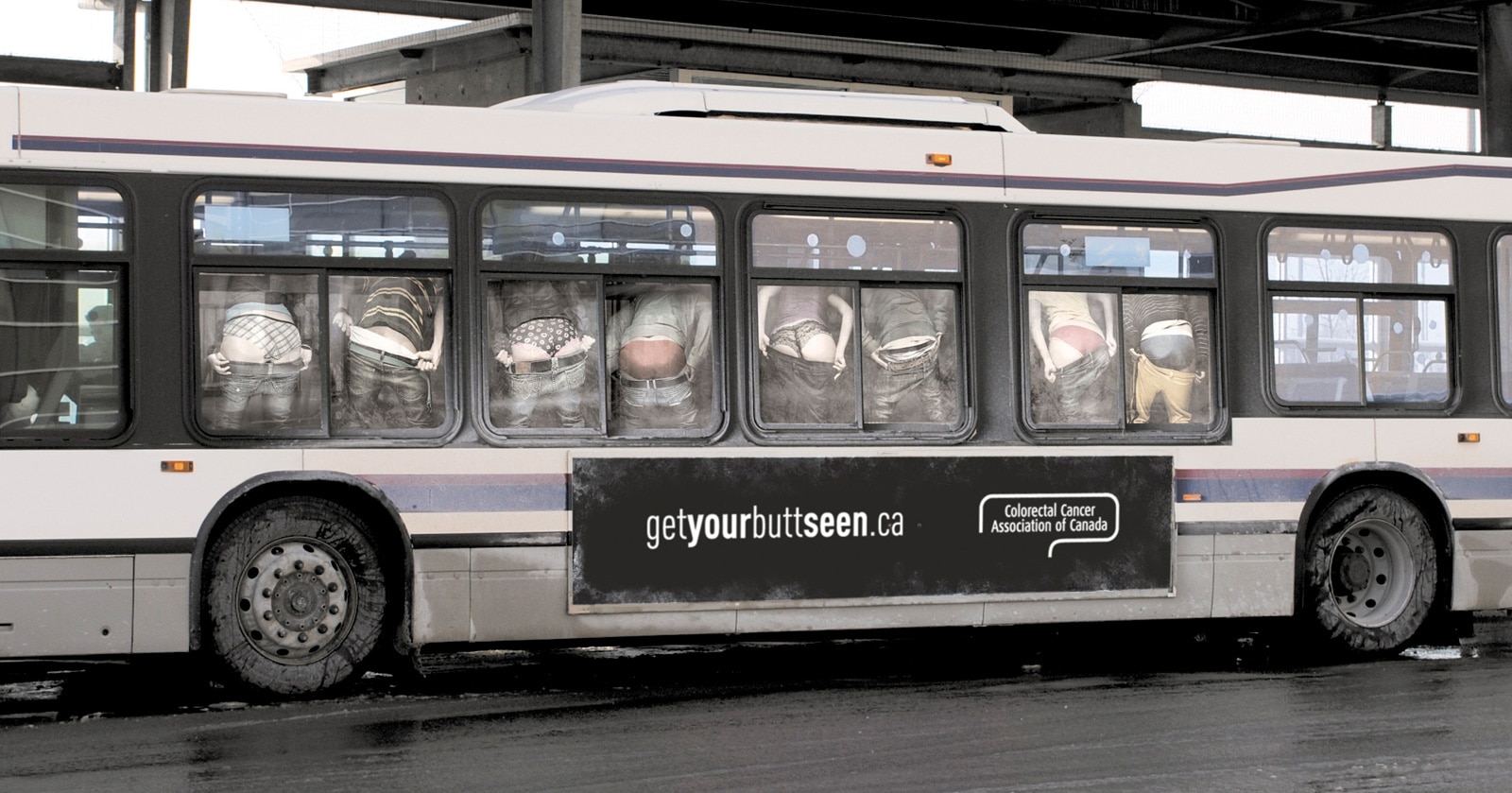 Created by Ogilvy Montreal, the ad was an awareness campaign by the Colorectal Cancer Association Of Canada for Cancer Awareness title, Get Your Butt Seen! 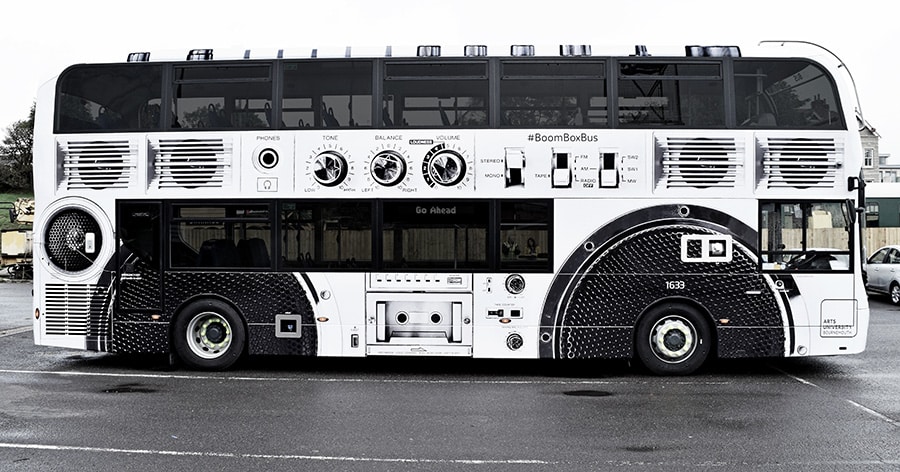 The Boombox Bus was designed to show how creativity can transform familiar surroundings and give people a fresh perspective.