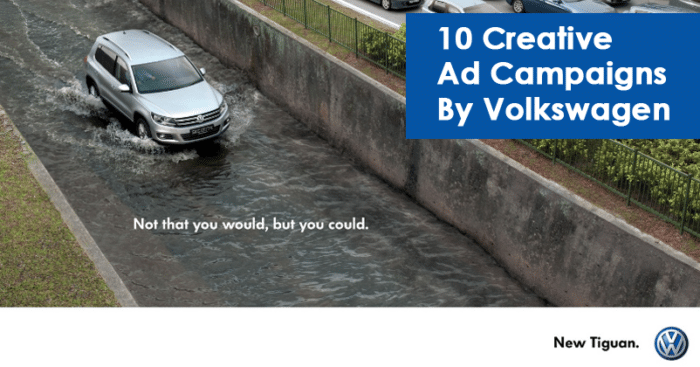 Automobile industry is one of the most competetive industry in the world. The market leaders have to ensure that they are always in the lead. For this, they market their brand as the most technologically advanced and efficient.

This has lead to a range of adverts by these companies that are both brilliant and savage at the same time. It is all about getting the attention of the viewers.

Volkwagen has always proved to be one of the best brands in the industry. But it is its marketing technique that has always ensured that it stays in the lead at all times.

Here are 1o ad camoaigns by Volkswagen that are the definition of creativity.

Climb Up The Corporate Ladder 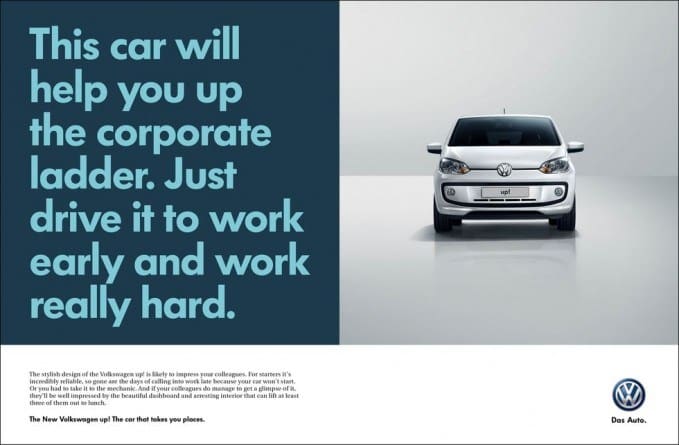 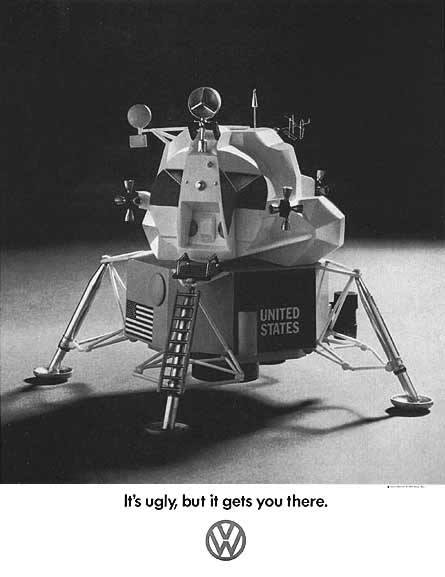 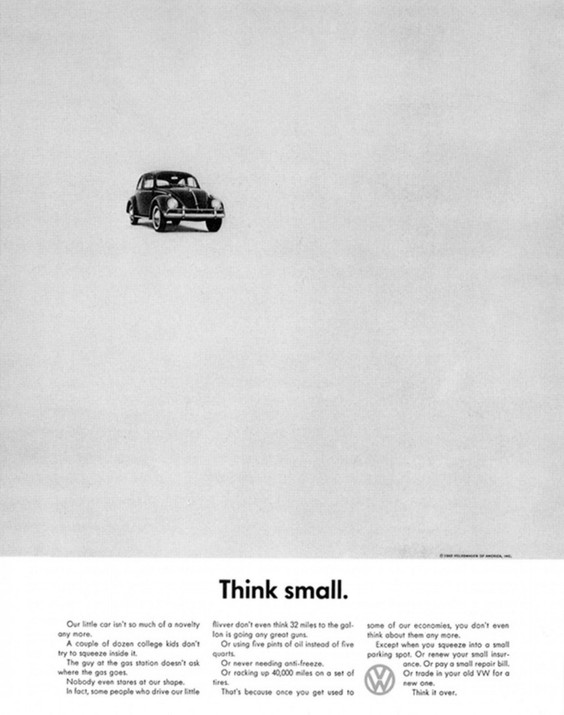 This ad by Volkwagen was an attempt to not only change the image of the Beetle, which was seen as a car made in Nazi Germany, but also change the face of advertisement industry completely.

The 1959 ad concept that utilized nearly a full page of white space opposing the culture of typical print ads of the time, which were botched together with various details and information. 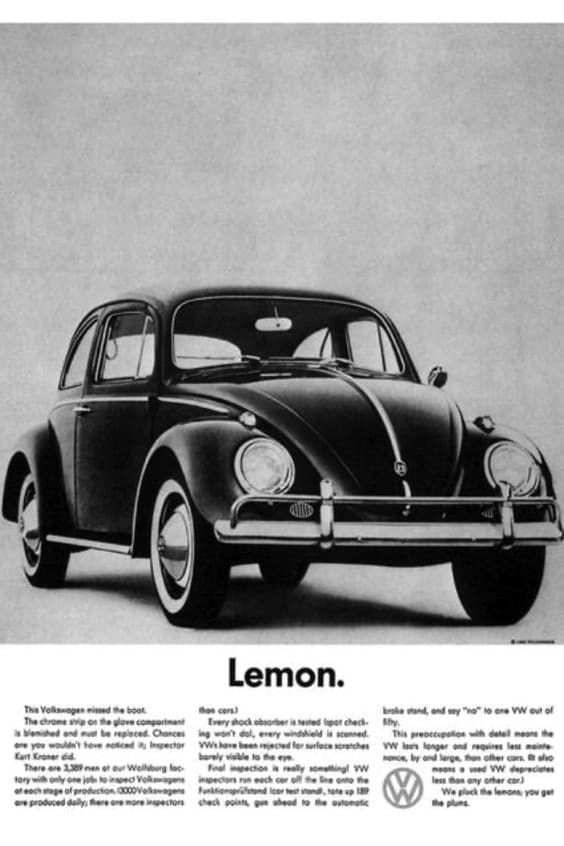 After the think small ad, the company launched the ‘Lemon’ ad campaign. The campaign positiones the Beetle as a premium product by owning up to the rigorous final inspection process which recalled one in 50 cars, which were called the “lemons,” for adjustment. 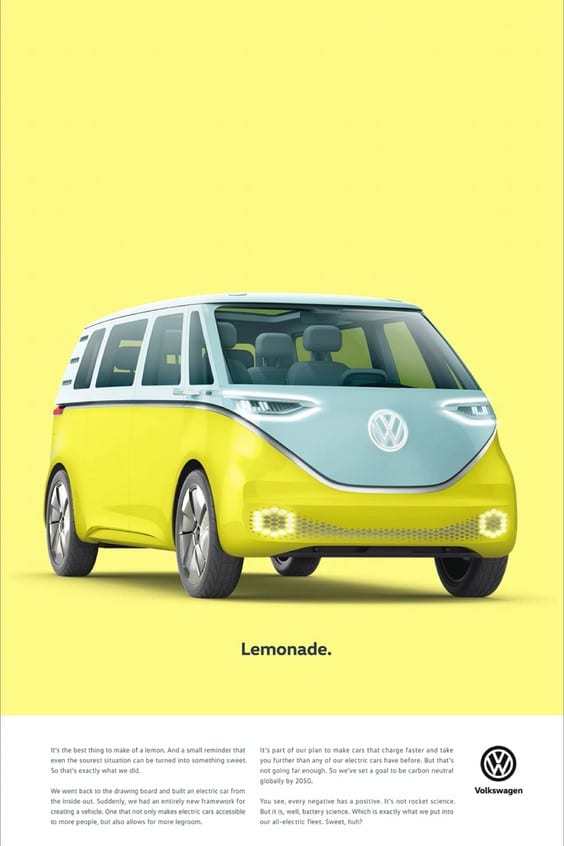 Back in 2015, the United States Environmental Protection Agency (EPA) issued a notice of violation of the Clean Air Act to German automaker Volkswagen Group. It was found that Volkswagen had intentionally programmed turbocharged direct injection (TDI) diesel engines to activate their emissions controls only during laboratory emissions testing, which caused the vehicles’ NO x  output to meet US standards during regulatory testing, while they emitted up to 40 times more NO x  in real-world driving. This scandal was termed as ‘Dieselgate’ back then.

The company launched an ad campaign owning up to its mistake and launching its EV, hence the lemonade. 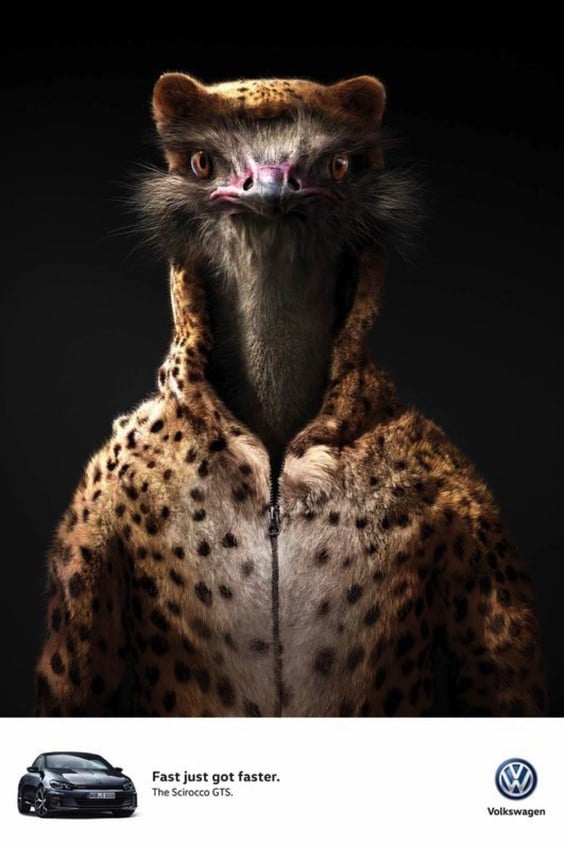 An ostrich wearing a hoodie made of cheetah fur was Volkwagen’s way of saying that their new car is all about speed. 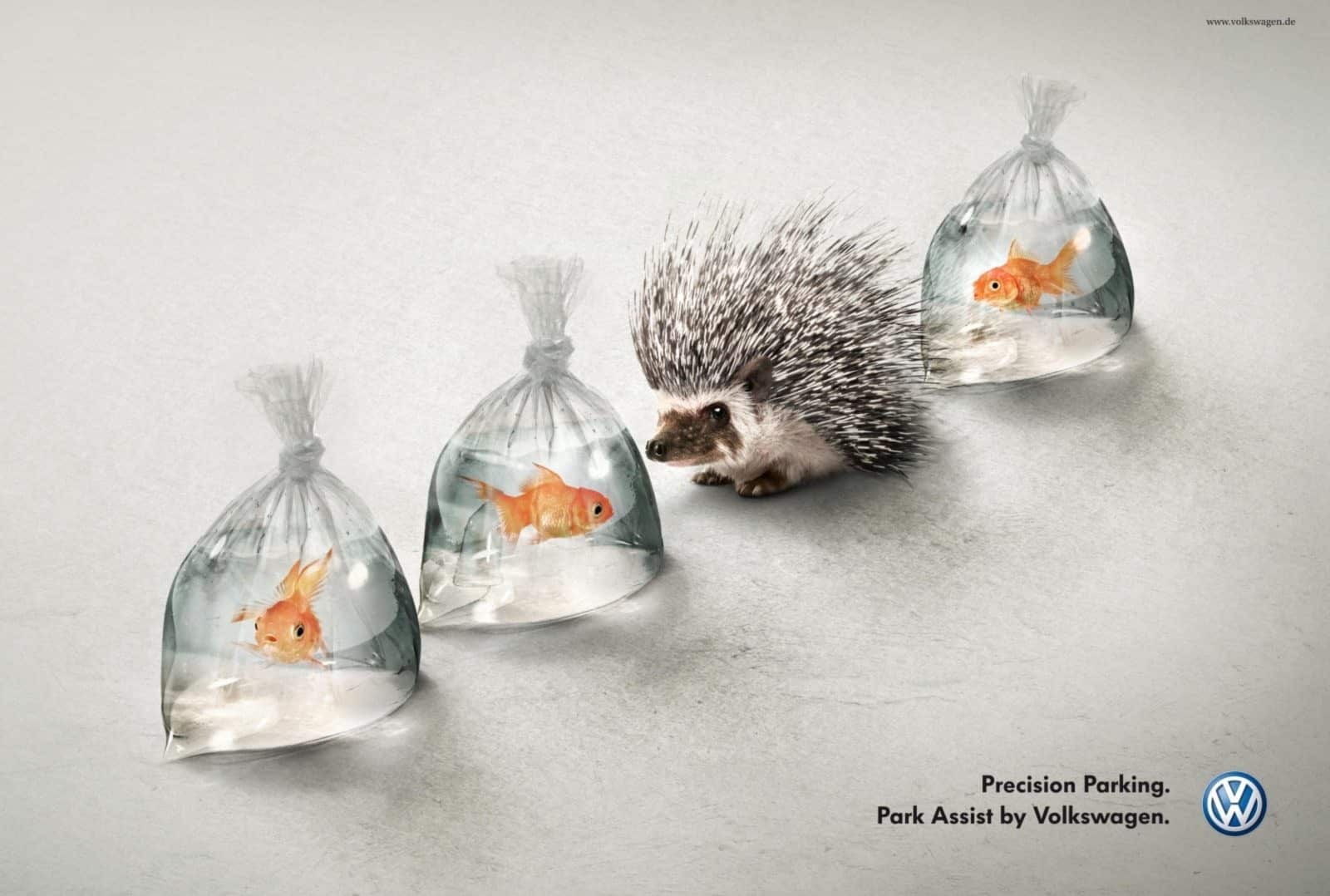 An Engine With A Music 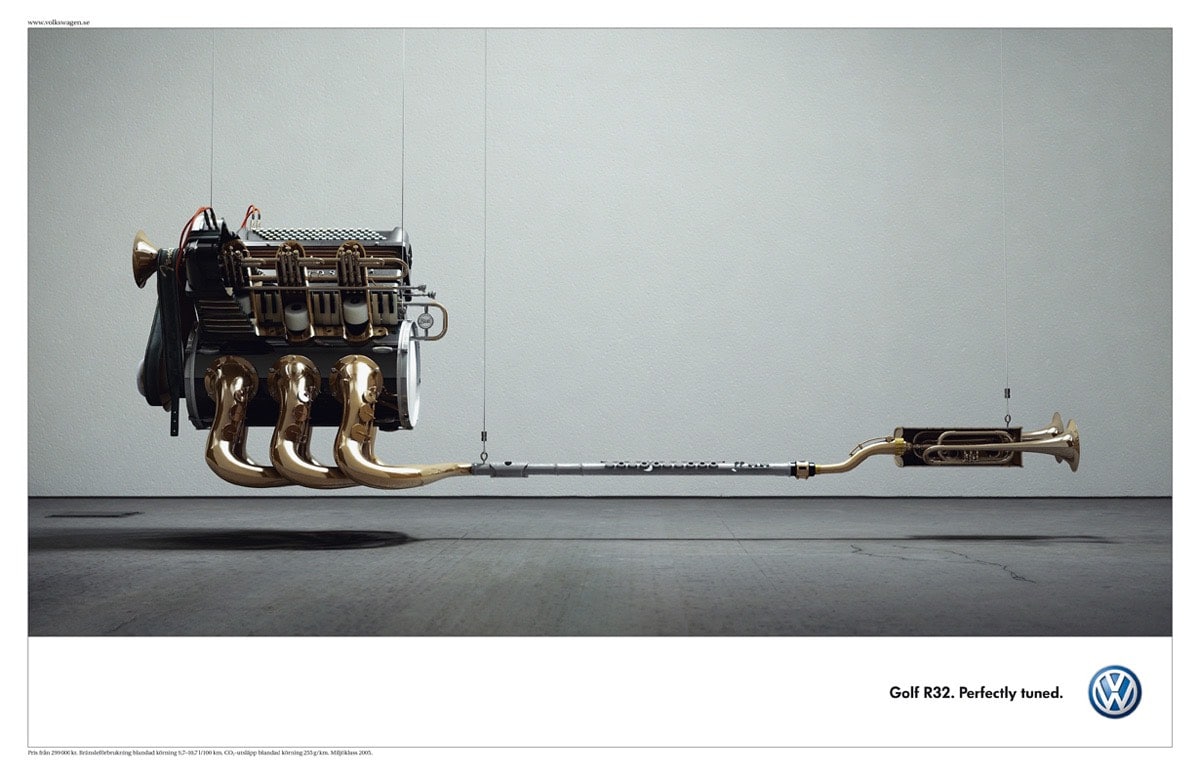 Off-roading At its Best 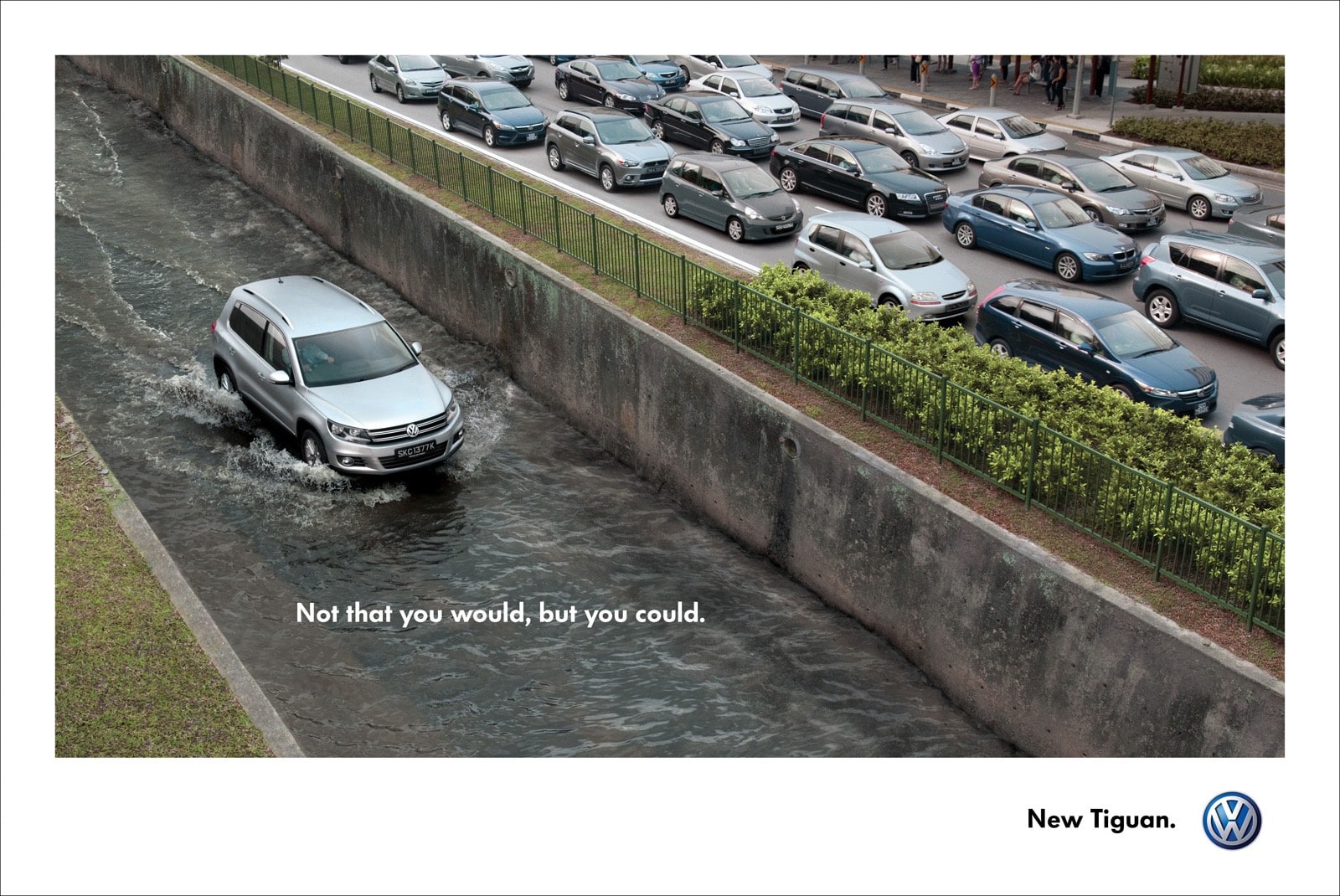 Strongest Of Them All 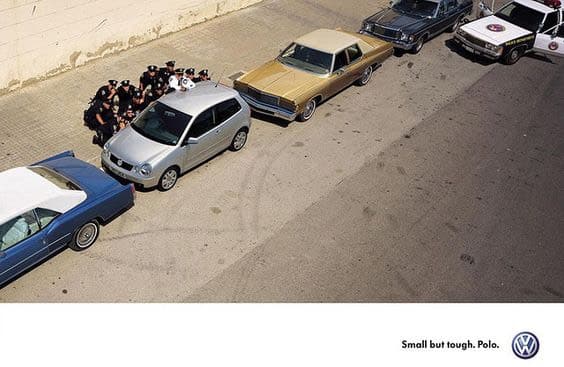