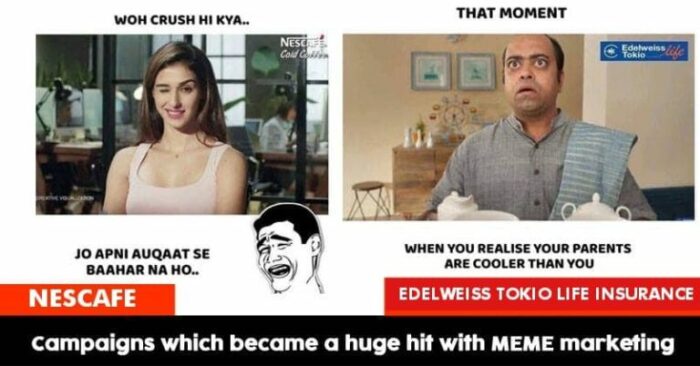 Memes have completely revolutionized the field of marketing. Marketers around the world have realized that the internet trend of memes is here to stay and that this could very well be used as an effective strategy to market products and brands.

A large number of companies have launched spectacular digital campaigns in recent times, which took meme marketing to a whole new level.

The main reason “memes” were chosen as the mode of marketing is because of the urgency that comes with it. The catchy and quirky memes that Edelweiss Tokio Life Insurance came up with captured the attention of younger audiences quickly with visuals and captions.

The fact that Edelweiss Tokio Life Insurance combined humour with the emotional element displayed in the memes added to the x-factor which helped these memes go viral. This made the memes impactful, and also eyeball grabbing. 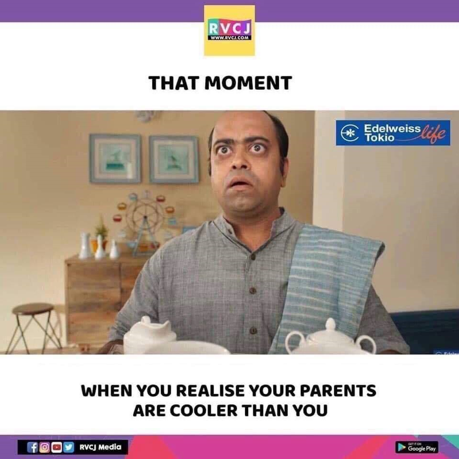 2. Tinder
Yes, Tinder also resorted to meme marketing in order to promote their services. For example, Tinder used the “adulting can wait” memes which consisted of some of the most common and trending memes on social media. The objective of the meme marketing campaign was to capture the attention of youngsters. 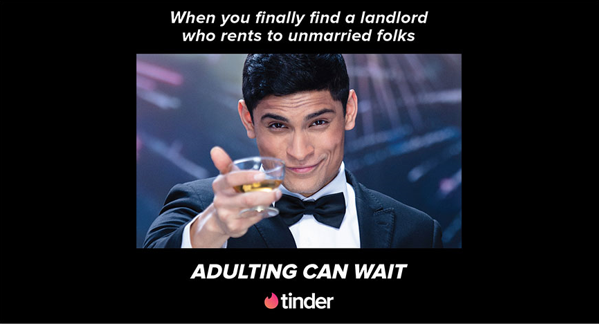 3. Kellogg’s
For Valentine’s Day this year, Kellogg’s came up with a series of memes and posts with the hashtag #PhotoBombWithFills as part of their digital campaign. It got a massive response online as the challenge went viral. 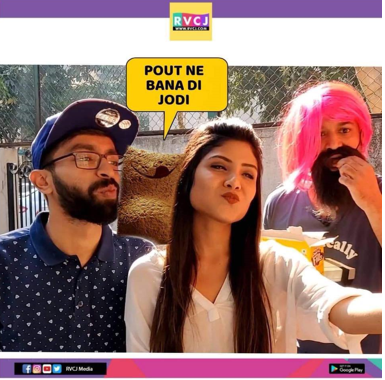 4. Mahindra Blazo X
Mahindra also came up with a unique marketing campaign for social media which would garner more shares and likes. They used the hashtag #XtraGuaranteed to come up with a contest that would attract customers. 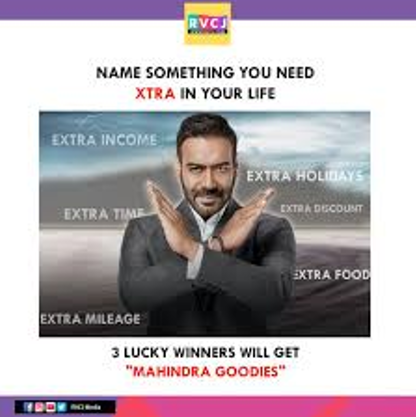 5. Nescafe
Nescafe cold coffee by Nestle used a meme marketing campaign in order to promote their products. The memes were funny and catchy and ensured maximum shares. For instance, their brand ambassador Disha Patani also featured in the memes which reeled in thousands of comments and shares. 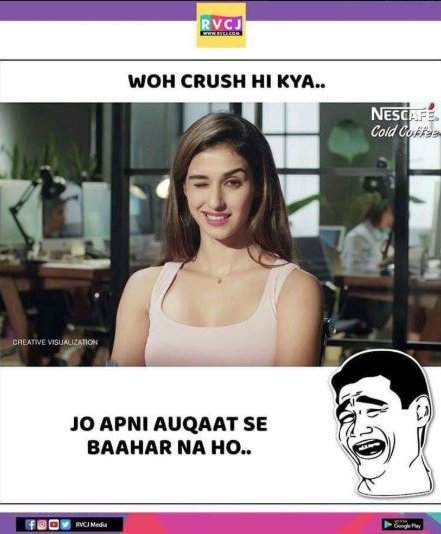 6. Big Bazaar
The retail company used a meme based marketing strategy to promote their ecommerce platform. The memes were mostly based on Bollywood films, IPL and other such events which would grab the eyeballs of the younger generations. 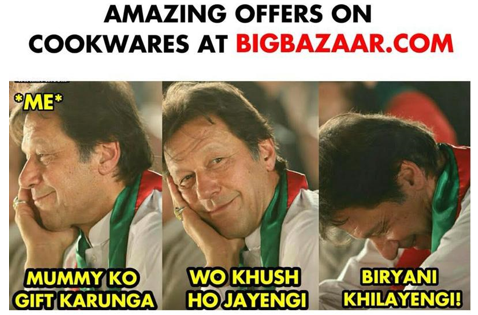 7. Brand Factory
Brand Factory is another retail company that resorted to memes to promote their products on social media. These memes were hilarious and quickly caught on. It also helped the company improve its brand positioning in the market. 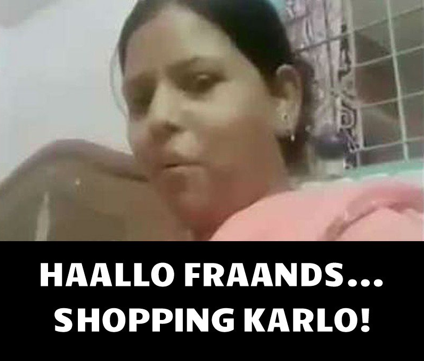 8. ALT Balaji
ALT Balaji, a streaming channel, decided to promote its upcoming shows and programmes by sharing funny GIFs, memes and clippings of trailers in order to lure audiences in. And it worked! 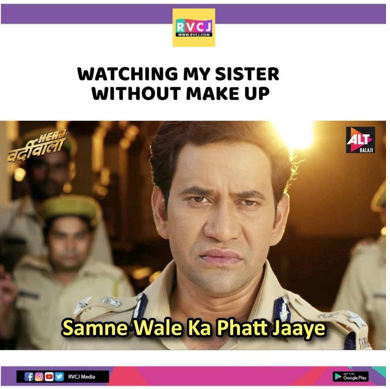 9. Early Salary
It was quite revolutionary for an investment app like Early Salary to use meme marketing to capture the attention of younger audiences. The fun and light hearted memes sure caught on like wild fire. 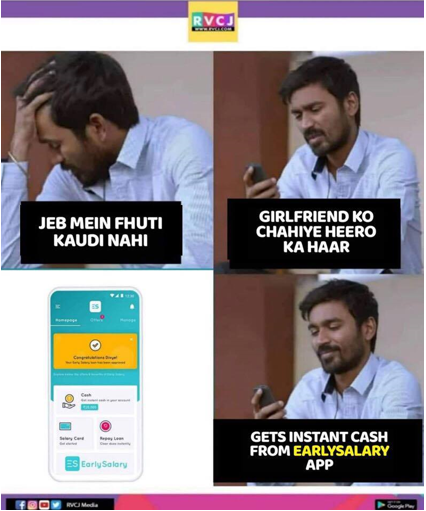 10. Hotstar Premium
Hotstar premium is also one of the India’s leading premium streaming platform. Their social media marketing strategy is on point.Their marketing team sure knows how to use memes as one of their most efficient marketing tool. 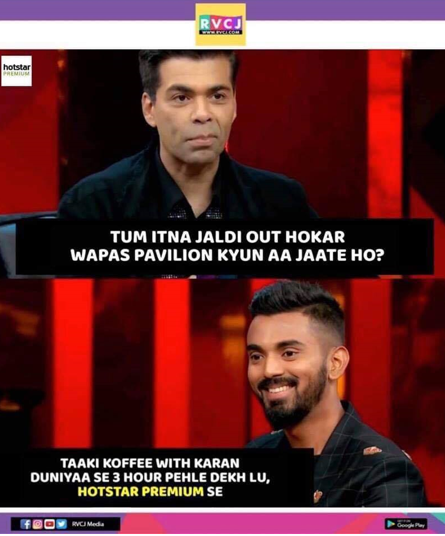 So, we can definitely say that meme marketing will continue to play a key role by successfully harnessing the positive impact of the brands among its potential customers.