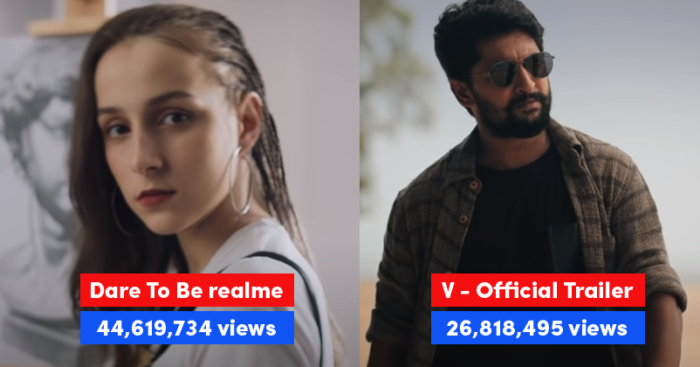 Brands have always prioritized advertising and marketing campaigns for their products or services. Their approach has also changed over the years to appeal to the taste of its customers.

Today we bring you the list of top 10 most-watched Indian ads on Youtube in the month of August 2020.

With this video, Kia Motors introduces Kia Sonet to make your imagination wilder. Released on 20 August 2020, the video already has 50,453,111 views

2. Sounds of India | A one of a kind national anthem

Google India started a campaign right before the 74th Independence day of India. The video is one of a kind AI-powered musical experiment wherein Prasar Bharati, Virtual Bharat, and Google invited users from across India to sing the national anthem at https://SoundsofIndia.withGoogle.com.

3. Dare To Be Realme

This new inspirational video by Realme India encourages people to dare to live their dreams. The video was released on 22 Aug’20 and has gained 44,618,549 views ever since.

Chasing her dreams relentlessly and taking the story of Indian women to the global platform, the story of Guneet Monga is that of immense persistence, innovation, and inspiration. Her never faltering courage and her borderless thinking made the story of a young girl shine in the world. Oppo Mobile India has presented its new and advanced OPPO Reno4 Pro with this thoughtful ad campaign.

In this video campaign, Samsung India launched the all-new Galaxy Note 20 Ultra. The smartphone is designed to help you work at the comforts of your home without any hassle. Released on 6th August 2020, the video has received 42,623,401 views.

This video was one of many ad campaigns by Kia Motors before the launch of Kia Sonet. Since its release on 7th August 2020, the video has 34,229,271 views.

Oppo Mobiles India launched the new Oppo Reno4 Pro on 1st August 2020 with this all-new ad campaign which has since received 23,182,289 views.

Amazon Prime Videos India presented Mohanankrishna Indraganti’s V official trailer on Youtube on 26th August 2020. The action thriller is all set to release on 5th September 2020 on the OTT platform. The trailer has since received 26,773,090 views.