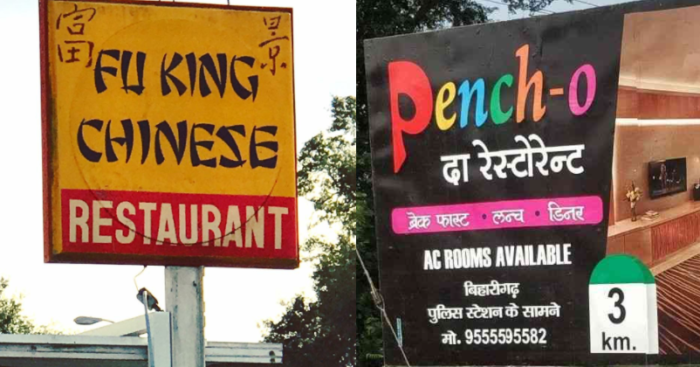 When someone plans on starting their own Food business, the first thing one decides, apart from what product or service they would provide, is the name of the enterprise.

A lot of brain-storming and thought goes in it, usually. But there are many people who might have not thought it through while deciding on the name of their restaurants. Or it could be that it was a clever way to make the word going. 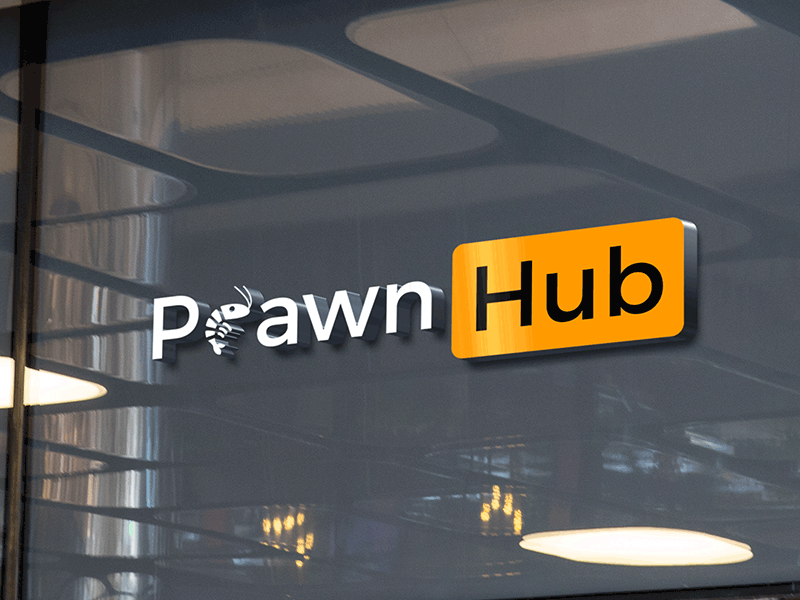 The name may throw you off for a moment but the place serves a delicious range of Prawns and is very popular in Malaysia. 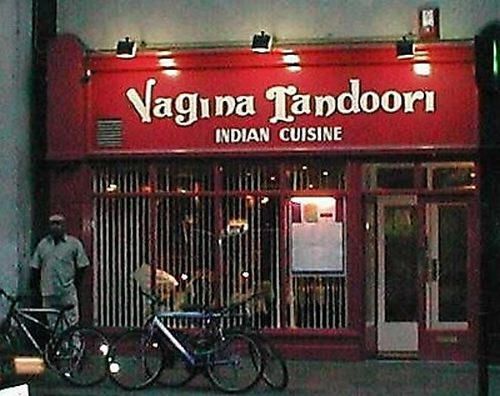 The name of the restaurant is actually Nagina Tandoori Indian Cuisine, which is in Dublin Ireland, however, unfortunately for the restaurant owners, the N in Nagina had an accident and the restaurant has since been known for its quirky new name. 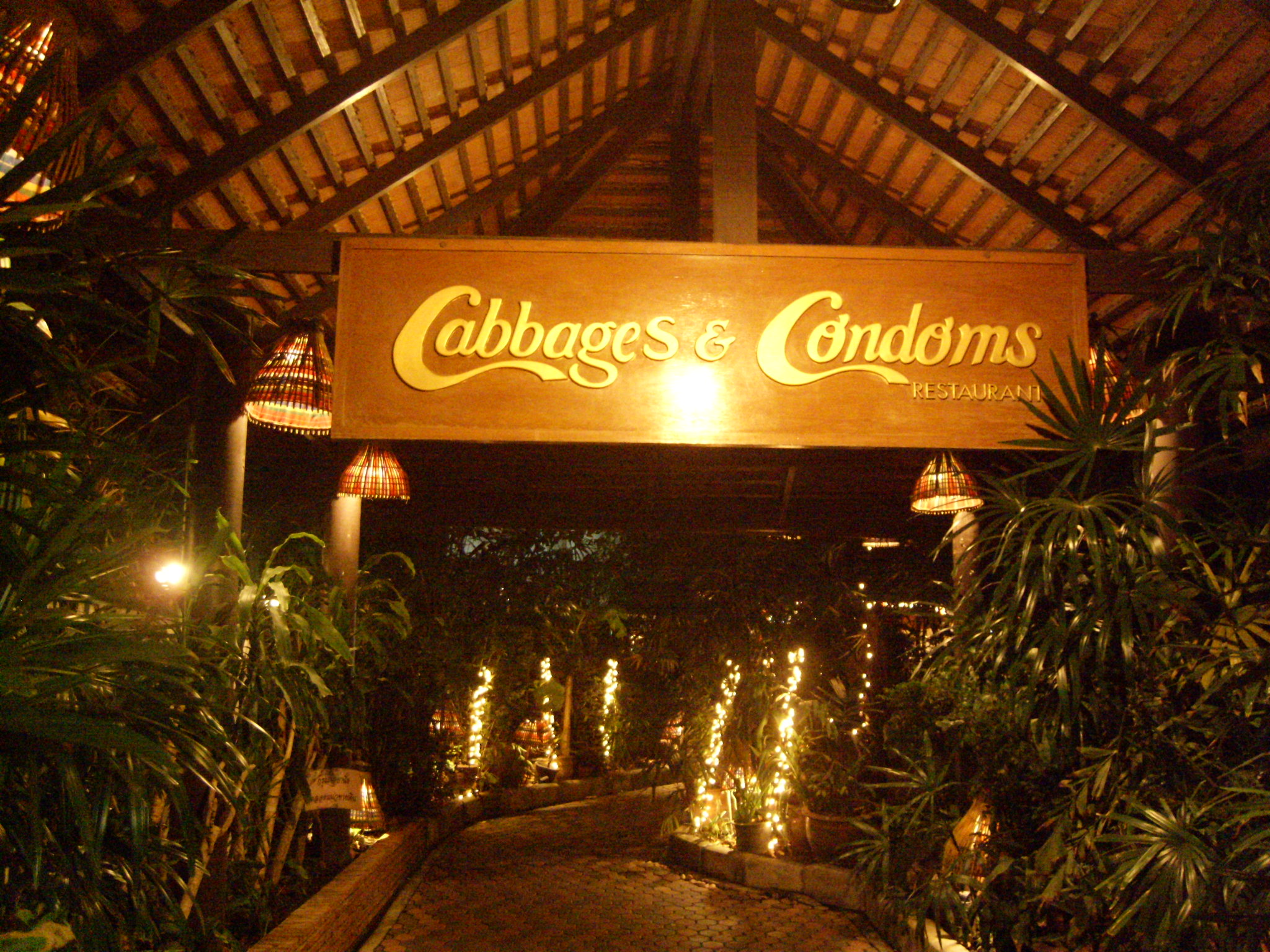 Cabbages & Condoms is a contraceptive themed restaurant in Bangkok. The restaurant aims at promoting a better understanding amongst the people for family planning. 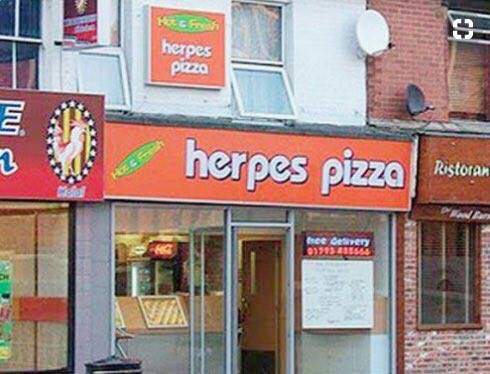 This is probably the worst name to make people crave pizzas don’t you think. 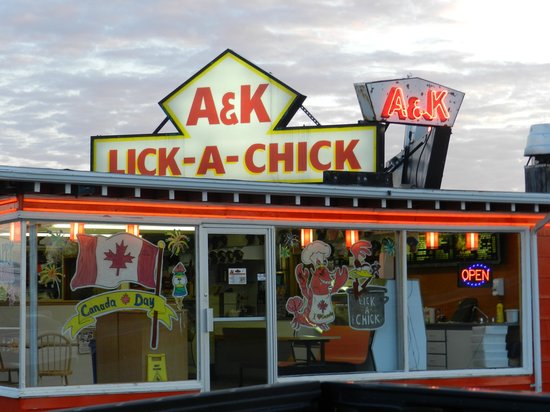 This restaurant in Canada did a clever wordplay and is known for its chicken, of course. 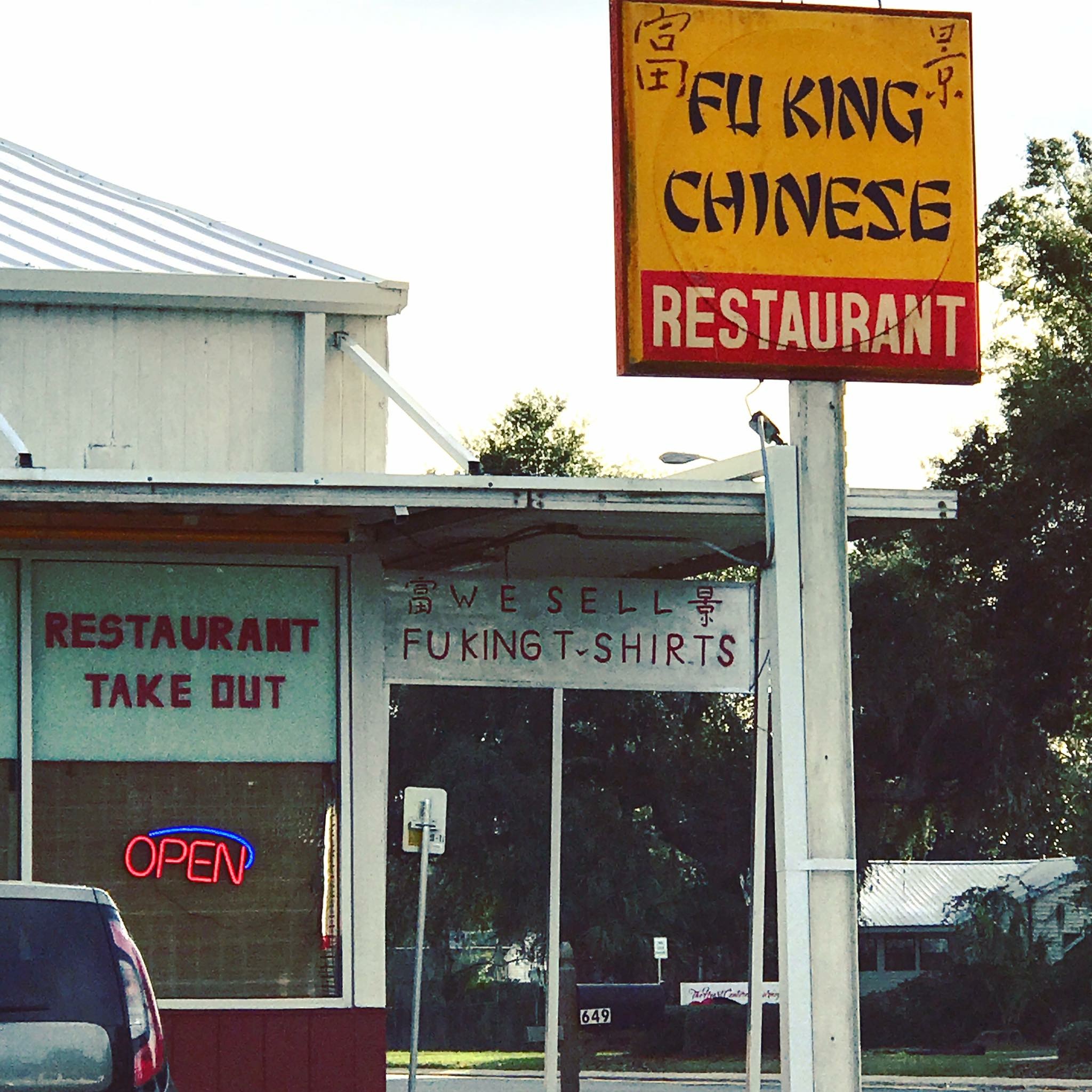 This restaurant in Florida serves Chinese food and souvenir T-shirts which are Fu King good. If only one could understand why the owners chose to name their pub Dirt Dicks!

Indians can be creative with names too and this restaurant is the living proof of it.

Well, an entrepreneur is supposed to take risks in his business however, this restaurant owner might have taken things too far. 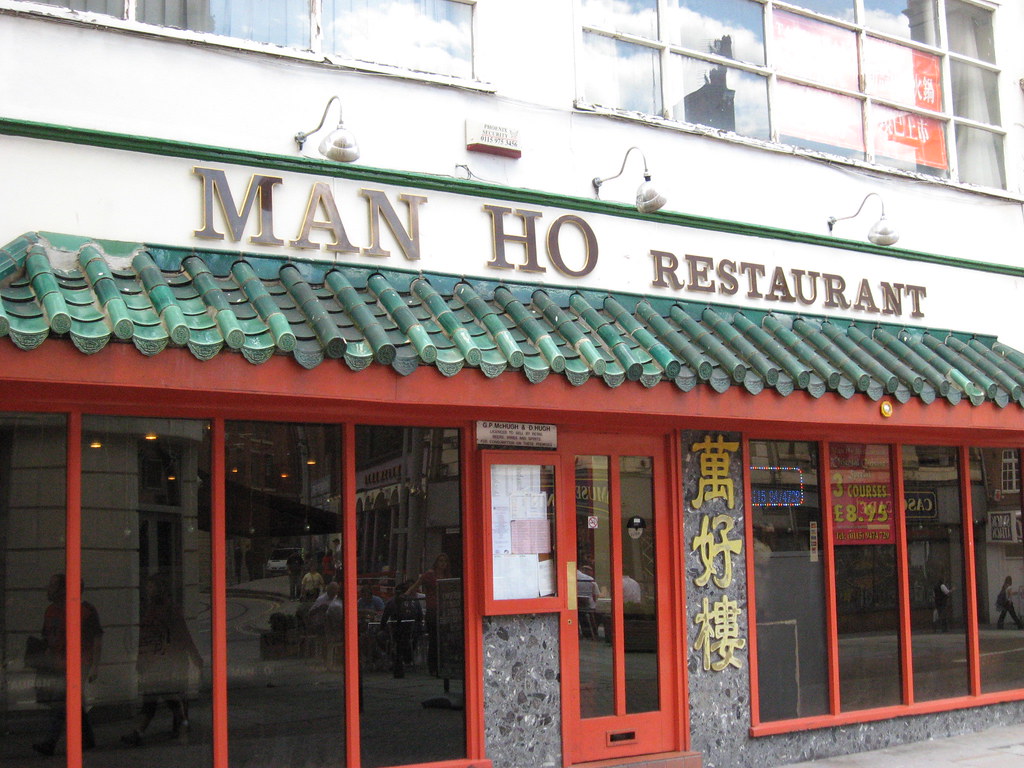 This is a very famous Chinese restaurant in the United Kingdom and while the name might not mean weird in the owner’s understanding, the English language does no justice to it.