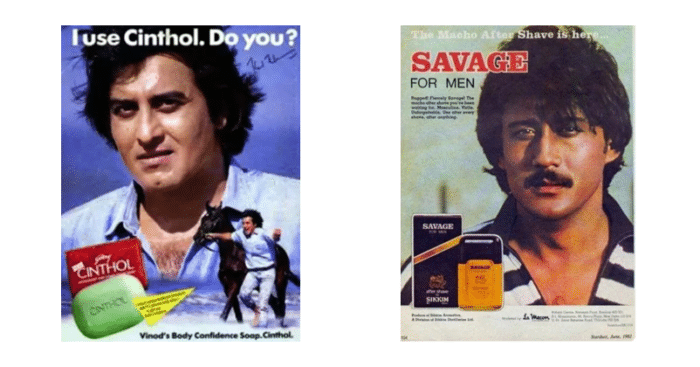 Today, we have ads coming through various platforms like mobile, social media, display, native, and paid search too. But previously, print ads were an integral part of the advertising game. It was through them that brands garnered recognition and recall, even before TV and radio adverts. 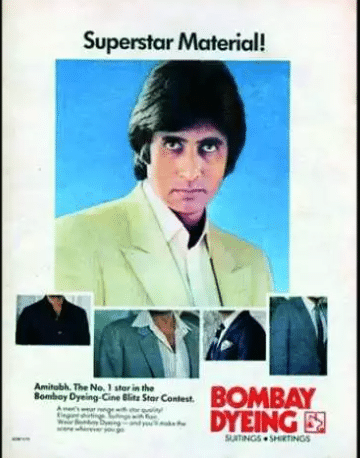 The Shahanshah of Bollywood looked dapper in the print ad, which hit the right spot with its tagline- Superstar Material. 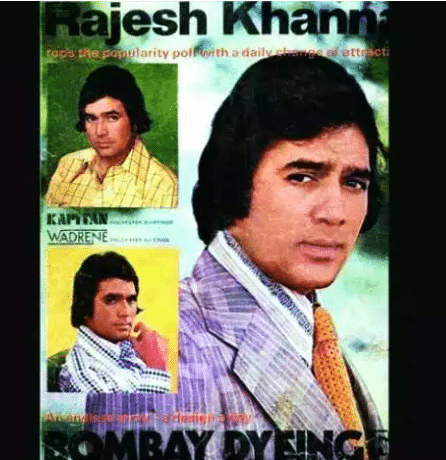 The same brand also featured the first superstar of Bollywood- Rajesh Khanna in print ads that made sales shoot through the roof. 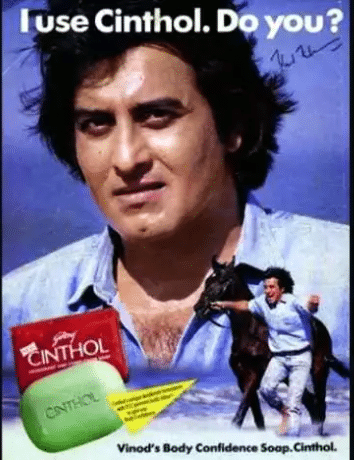 This massive hit of an ad had the charming Vinod Khanna exuding infinite confidence, excitement, and energy, something that would make every lady go weak in the knees and every man aspire to use this soap. 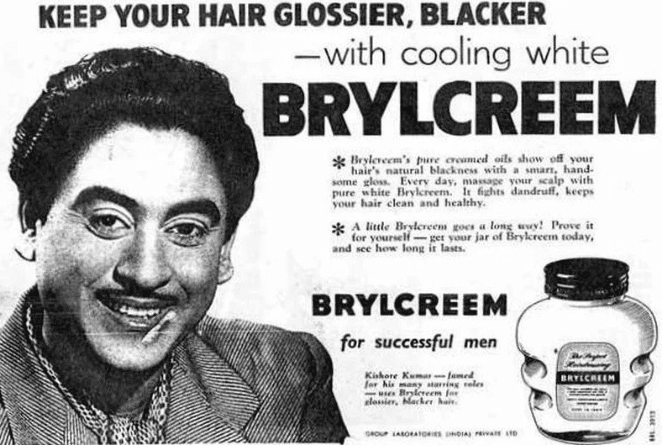 This 1955 Brylcreem print ad was featured in Filmfare too. It had the multitalented Kishore Kumar, with his signature mug shot. 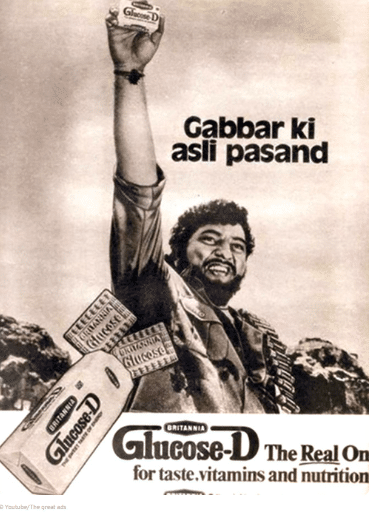 The iconic villainous character Gabbar Singh, played by the inimitable Amjad Khan was chosen to endorse a kids’ product- a biscuit brand. 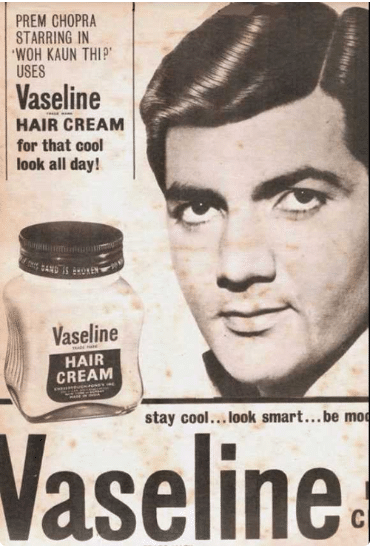 Another actor famed for his villainous roles, Prem Chopra looked debonair endorsing the hair cream brand, popular back then. 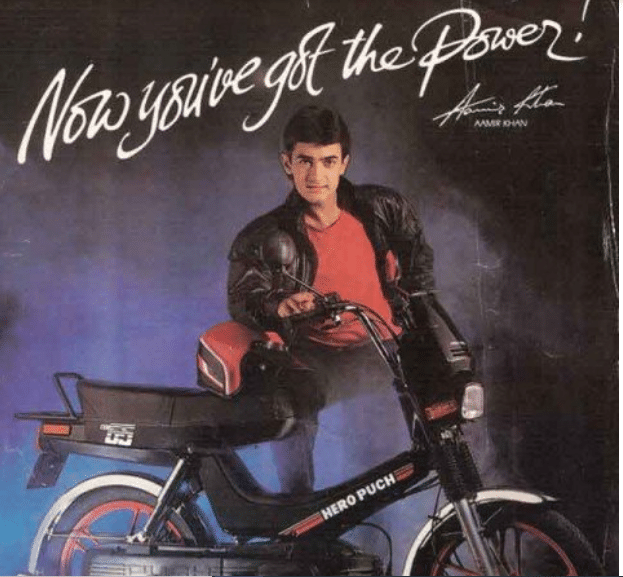 The then-young heartthrob Aamir Khan was featured in a print ad for the bike – Hero Punch, one of their famed bikes, with their tagline stating- ‘Now You’ve Got the Power 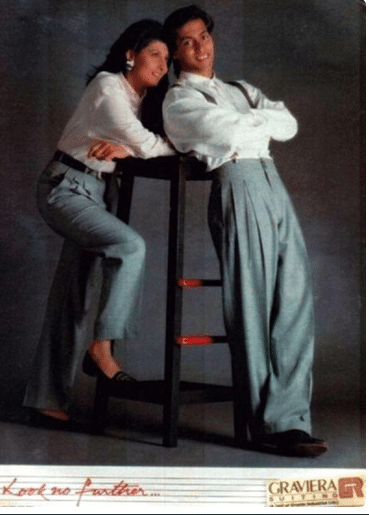 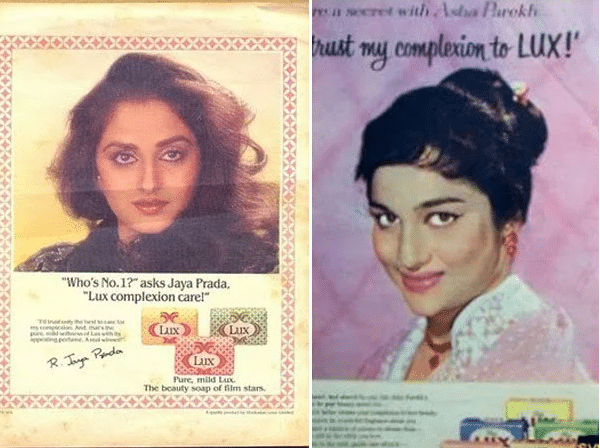 This soap brand has been endorsed by celebrities right from Leela Chitnis in 1941 to Bollywood couple Saif Ali Khan and Kareena Kapoor. Here we can see Asha Parekh and Jaya Prada do the same. 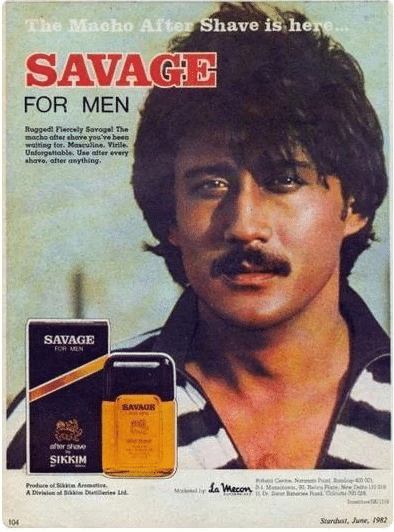 Presenting the heartthrob of a billion beating hearts back then, Jackie Shroff for the macho aftershave brand Savage.