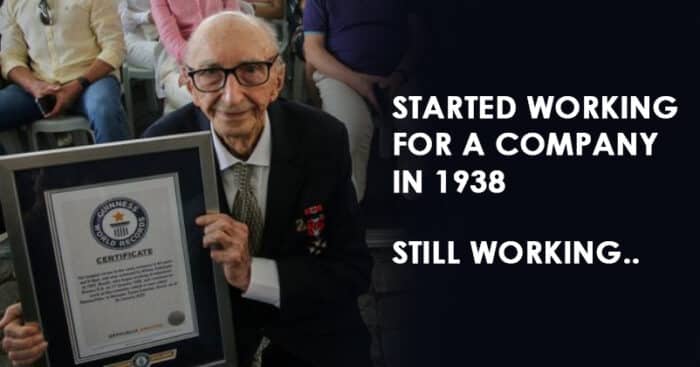 No matter where you started, there must have been one or more points in your career where you had switched jobs. But for Walter Orthmann, his longstanding career started in this textile company in 1938 and 84 years later, he’s still here! 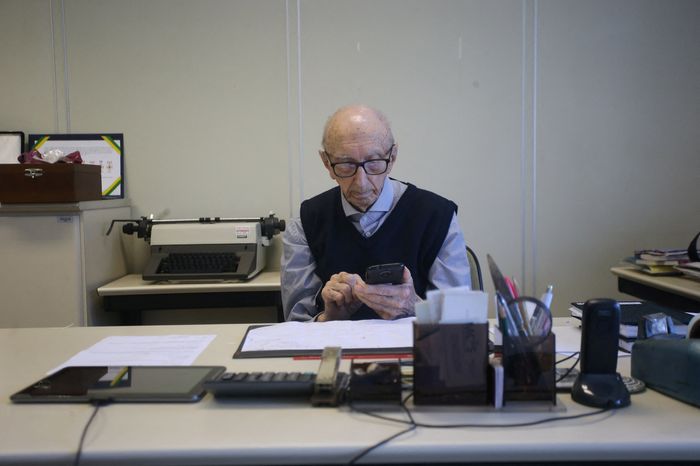 As per the Guinness World Records, Walter Ortmann has set a new record of having the longest career in one company. He is currently 100 years old. Not that he never got other job offers, he just didn’t want to make the switch because he was happy and comfortable working at the same company for eight decades and counting.

You might be wondering how Walter Orthmann started working at the young age of 15. Back in 1938, young men in Brazil were expected to support their families which is why he applied at a local weaving mill.

The town primarily had a German population and due to his proficiency in the language, it didn’t take him long to bag the job. He started as a shipping assistant and worked his way up the ladder as a sales manager over the years. The company where he works is called RenauxView, currently making garments for the fashion industry. 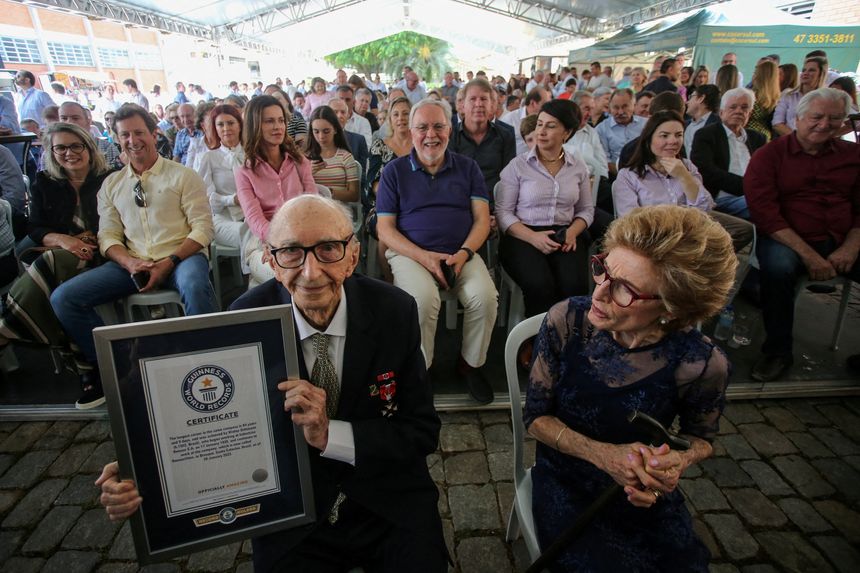 Mr. Orthmann maintains an 8-hour shift, working from 8.30-4.30 every day. He used to travel for work up until 2016 and usually goes as far as 10 states in a month. Due to his rich legacy, he has very specific clients who only want to work with him. Even Armando Hess, CEO of the company stated in a recent interview that he was proud to have someone like Mr. Orthmann as a part of the company. Even after all these years, he is able to make a difference making the company want him to stay longer.

Even at the age of 100, Mr. Orthmann is in great shape. He does yoga and breathing exercises daily, and drives to the office early every morning. Even though he officially retired in 1978 as per Brazil’s rules and started receiving a pension from the Government, he didn’t stop working. For as long as he is strong and sharp, the company and the world are going to see a lot of Mr. Orthmann in the years to come.