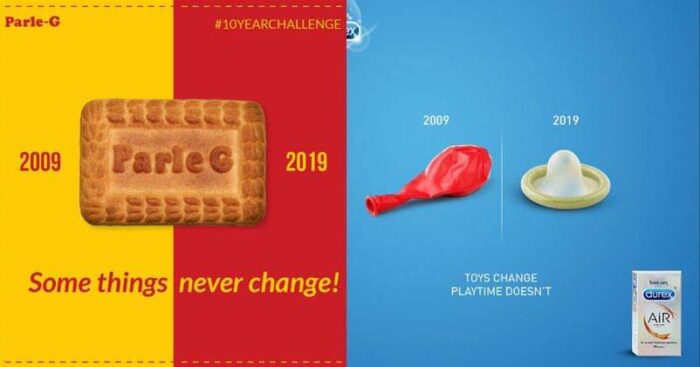 The Internet is getting new trends every new day, we had just shared how Gully Boy memes and world record egg became the favorites n social media marketing and now brands have a new trend to follow- #10YearChallenge.

From celebrities to business tycoons, everyone seems to be loving this trend and marketers are also proving that they are ready to take such challenged and engage their fans. Let’s have a look how popular brands have used this trend to communicate their journey in the past 10 years. Have a look:

Just like what we do, our price remains 'fixed'! pic.twitter.com/aJwCPX8nZK

Plan for the next #10YearChallenge today with #mutualfunds

Which one did you like the most? Do you know more such brands that are following this trend? Do let us know in the comments section…