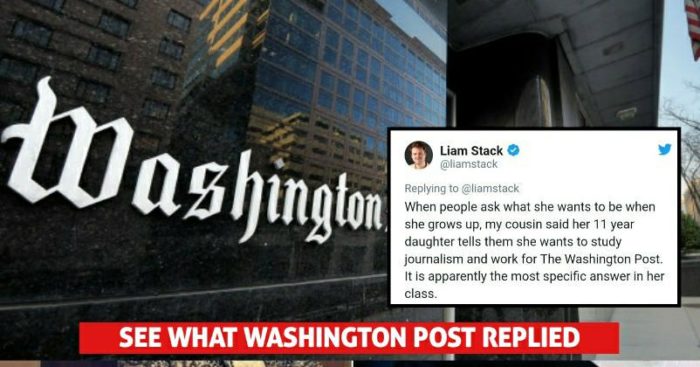 In the age when most kids don’t know don’t know what they want to pursue in future, an 11-year old girl’s interest in journalism made Washington Post reply to her. 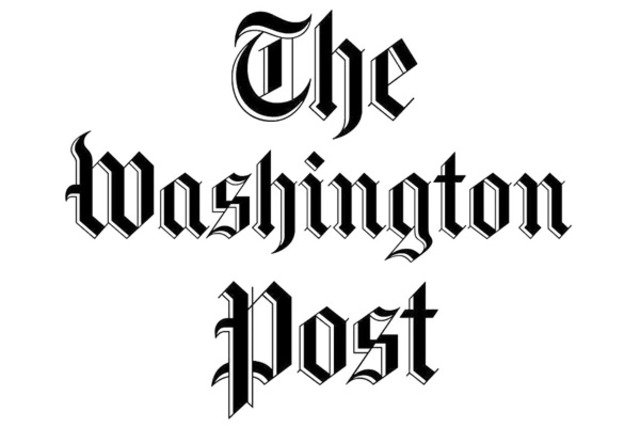 A New York Times reporter tweeted about the dream of the 11-year-old. He revealed that he came to know about his cousin’s daughter who had secretly downloaded The Washington Post app two years ago and was reading their posts regularly. He even tweeted that when people ask her about future plans she undoubtedly says that she wants to study journalism and work for Washington Post. This is what he wrote:

Today I learned that my cousin’s 11-year-old daughter somehow downloaded The Washington Post app — without my cousin’s knowledge — at the age of 9 and has been a loyal reader for the last two years.

When people ask what she wants to be when she grows up, my cousin said her 11 year daughter tells them she wants to study journalism and work for The Washington Post. It is apparently the most specific answer in her class.

Washington Post not only acknowledged this but also gave an amazing response to it.

Please tell her that she has an open invite to spend a day with us. (And that @PostBaron keeps a jar of peanut M&MS in his office.)

We're all very excited to work for her someday.

The whole thing went viral on twitter very quickly and people started showing their love for the news publishing company.

I've been thinking about subscribing for a long time, @washingtonpost. You just convinced me.

Sweetest thing ever. With world news as it currently (horribly) is, this made my day. I've just downloaded your app and plan to subscribe, too. How could I not? Love from Australia.

The best part of this response is “work for” rather than “work with.” Just proves she’s already a boss 🤘🏻🙌🏻 #girlpower #DreamBig #GirlBoss

She picked the right paper

Clearly she picked the right paper… spot on response! 💯