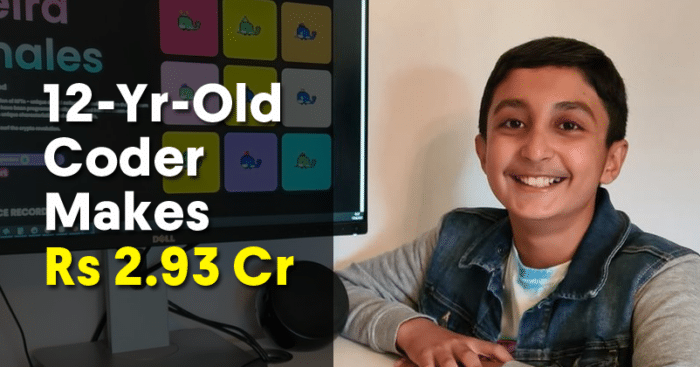 At 5 years of age, when Benyamin Ahmed started to learn coding, little did he know, that this interest of his would make him famous and sought after. Having started with HTML and CSS, he quickly moved on to learning JavaScript and other programs. But lately, NFT’s or non-fungible tokens have caught his heed when he started learning about them earlier this year.

NFTs are inimitable digital assets that can be bought and sold, just like real estate or precious stones. They are recorded on a decentralized digital ledger called blockchain, in the form of a code. This blockchain helps to track validity and ownership of each asset. Benyamin, being interested in coding, decided to have an NFT collection of his own, the first of which was launched in summer this year. It had 40 colorful avatars that were pixelized and each of it was coded by him. Thus, was born, Minecraft Yee Ha, after spending a lot of time playing video games. Though it didn’t do much business, this coding wizard took it as a learning experience, which helped him move ahead.

He began to code his second NFT collection, Weird Whales that had 3350 pixeled with every whale having a unique trait. This costed $300, mostly paid towards gas fees to verify each NFT. Post launch in July, this whole collection was sold in 9 hours straight and the profits were held in ether. That day he made over 80 ether which amounts to $2,55,000 as of today. On each secondary sale, he earns 2.5%royalty and by this estimation, he would have earned over $400,000 by this month-end. He maintains a cryptocurrency wallet and is of the opinion that the future may not need bank accounts but only an ether address and a wallet, though he may create a bank account for tax related expenditure. 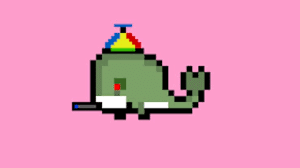 Benyamin learnt to code from online tutorials and mentors on Discord communities. He is now working on other NFT projects with presence of memes in significant value. As meme-inspired dodgecoin gained prominence, he feels a lot of this space can be explored. However, owning this intellectual property will be immensely important, and so his father is doing all that he can to get a trademark for Weird Whales and other upcoming projects.
When not doing what he loves most, this coding prodigy enjoys swimming and taekwondo. He is of the opinion that if he continues to do what he is doing right now in the right manner, he could end up being like Jeff Bezos or even Elon Musk. Way to go Champ!