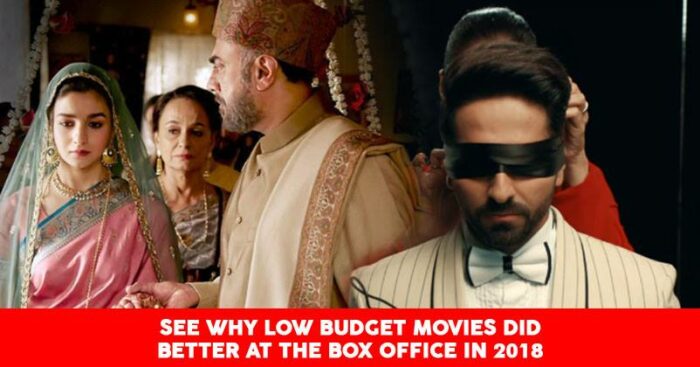 For any small budget cinema made in India, it has always been hard to gain fame and be liked. But somehow 2018 was different. The wave that erupted a couple of years ago, the whole Indie movie in Indian cinema, culminated this year. This year alone we witnessed so many Small Budget movies in Bollywood make it big. 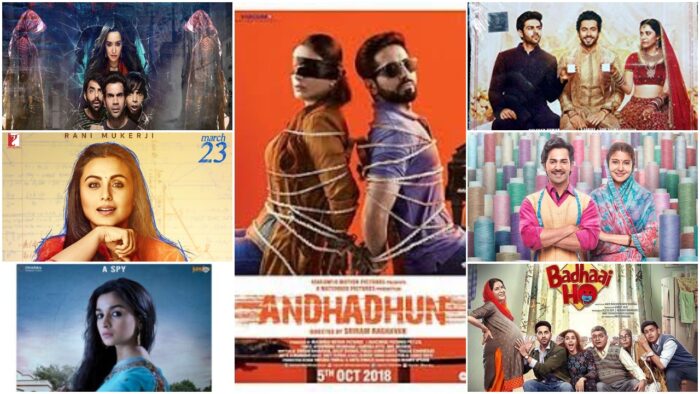 The list includes movies like Stree, Badhaai Ho, Andhadhun, Raazi, Hichki, Sonu ki Titu ki Sweety and many more. The surprising bid here is that these content and plot-driven movies with actors instead of stars made more money than the completely commercialized movies.

While big movies take the star value to sell, their marketing seemed to be more down the line of Product placement in the film. It was very evident in the star-filled ruckus of a movie Race 3. While movies that were a fine piece of art focused on the film promotion aspect of marketing. What they marketed was the film and not products. And this did pay off well for them.

There has been at the very least a 20% hike in in-cinema advertising. And this does not restrict itself to just Hindi films but also encompasses regional films in Marathi, Gujarati, Tamil and Telugu films.

An analyst confirmed that such movies saw on an average a 67% return on investment. And the even so better news is that advertisers are ready to spend bucks on movies that have a good plot, storyline, concepts rather than movies where you cannot decipher the head from the body because the plot is just everywhere.

With all that happened in 2018, the real question in hand is that, will this surge of public liking for small budget films make this sector the new advertising battlefield or will the influx of more money diminish the quality of Indie films in Bollywood?