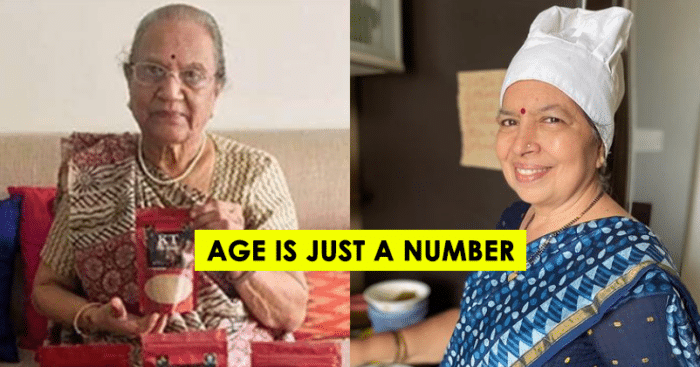 While most of us dream of retiring to live a comfortable life once we near a particular age, a few ladies in the country, decided to go the route less travelled. Entrepreneurship after crossing the 60-year old landmark age. Here’s listing four stories of gritty women who established successful food businesses and literally made us say ‘Age is just a number”

64-year old Nirmala Hegde, better known as ‘Aai’, earned her first income at 64 years of age. This was during the lockdown in 2020, when she started a home-cooked food delivery service, in Mumbai.

While India was in lockdown, Aai, cooked for her building’s security guards. Though every person who had eaten food prepared by her, would never forget the taste, earning through selling food, had never crossed her mind. Many of her son Gautam’s friends too gave the much-needed push and ‘Aai’s Kitchen’ was born.

For the first day, while she was expecting an order of just 20 plates, she ended up delivering 80 of them. This motivated her, and in within two days she earned her first INR 8,000/-. Her tomato rice, tamarind rice, appams and garlic chutney are famous and Gautam helps her with everything, right from taking orders to having it delivered. This venture makes Nirmala happy and confident of herself. 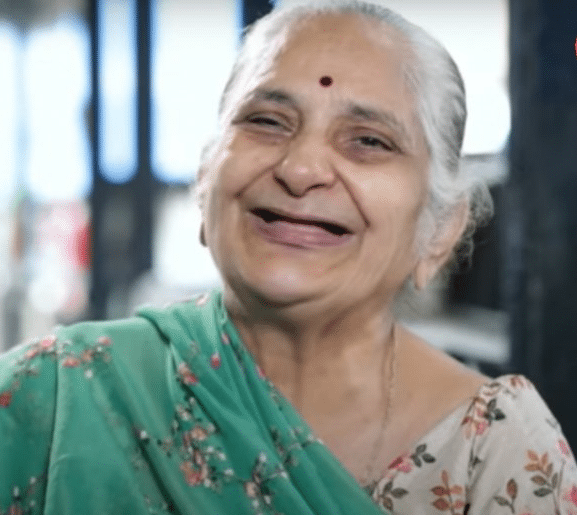 Urmila has faced immense personal tragedies. But after each of them, she emerged with a stronger will and at 77-years of age, is helping her grandson Harsh build a small food-business called Gujjuben Na Nasta, in an attempt to secure his future.

Urmila Asher starts her day at 7 a.m and keeps working till 9 p.m., with two helpers in the kitchen and two delivery agents, with Harsh taking care of all the technical aspects. Her pickles, theplas, dhoklas, puran poli and sabudana khichdi are a must-try.

Having survived the deaths of all three of her children, she became a source of inspiration for her grandson Harsh, who after an accident lost his upper lip, and started sinking into depression. Urmilaben held his hand and has been instrumental in making Gujjuben Na Nasta, a reason to keep going in life with dignity and happiness. 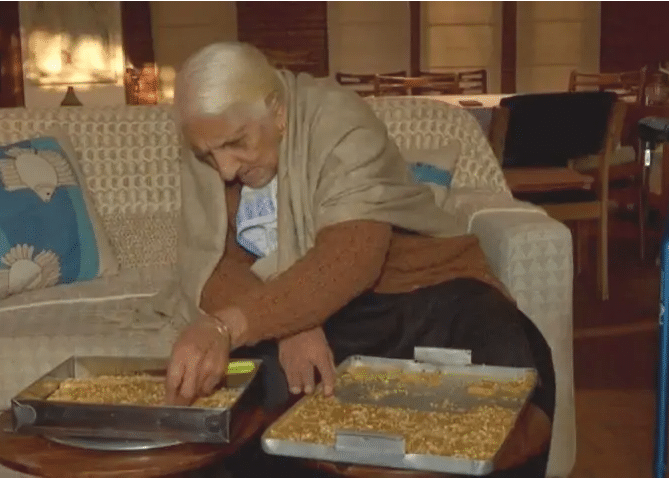 Harbhajan Kaur was just an eight-class pass out, when on her 90th birthday, her regret of not earning her own money, made her an entrepreneur. Having cooked since her childhood, she always wanted to try a recipe or two. And on sensing her interest, her family stuck with her, making sure she fulfils her dream. Her first product was a 100-year old recipe based besan ki barfi for a pop-up. She also makes some delectable sherbets, pickles and chutneys.

The lockdown played an important role, when her family helped her venture Harbhajan’s- Bachpan Yaad Aa Jaye, become more business-oriented and is now retailing on Amazon as well.
An empty mind is a devil’s workshop, and Harbhajan Kaur from Chandigarh is a living example of how not to keep one’s mind idle, even if you are over 90 years of age. 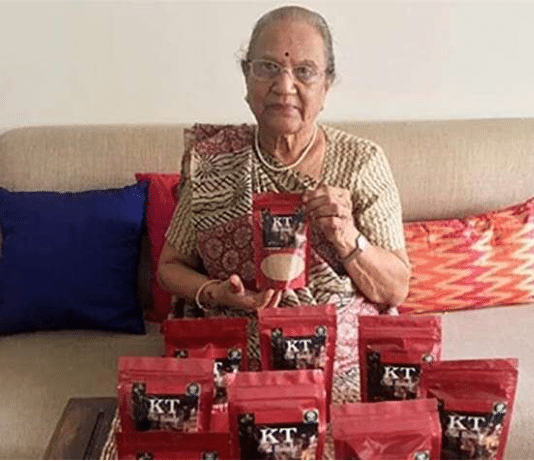 While leaving Kokila Parekh’s house, one wouldn’t just leave without memories of a fun-filled chat, but also the taste of her specially prepared masala chai, lingering on their taste buds.

Though her spice mix was a hit since years among family and friends, she thought of going commercial with it in the first year of the lockdown. For this, her grandson Tushar, helped her in setting up her business. Thus, was born KT (Kokila and Tushar) Masala, an all-natural spice mix, which spread across the length and breadth of the country in a short span of time, and is now even going global.