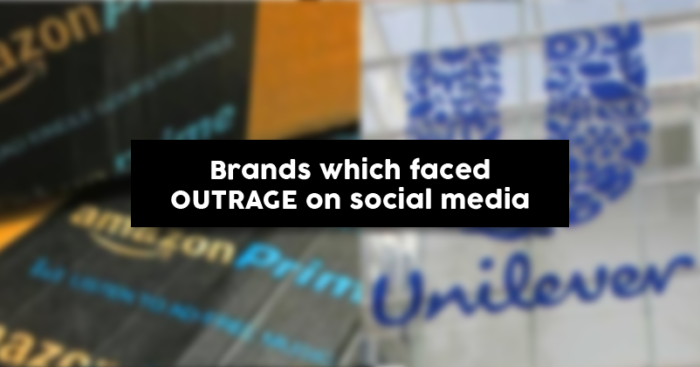 Social Media Platforms such as Twitter, Instagram, and Facebook have changed the way we have all been perceiving media, in general. A considerable amount of backlash has been witnessed on these handles because every user has been given the right to post their opinion and views regarding anything and anyone.

When it comes to religion, caste, and rules of society, people get really dedicated to the way they think and forget that others might have a point of view, too.

In 2019, #Boycott has been trending on some incidents related to big companies like Amazon, PharmEasy, Zomato, etc. and celebrities such as Tapasee Pannu, Zaira Wasim, Anushka Sharma have also been targeted.

Find out the ‘why’ below.

The case that Zomato faced highlights the mentality of Indians which is in a totally wrong direction. A user of Zomato had canceled their order just because of the religion of the delivery boy. He was a non-Hindu. Rather than feeling ashamed of this cruel act, he went on Twitter and posted about it and asked for a refund.
In reply to that, Zomato said that Food does not have a religion. Food is a religion.

After this, rather than pointing out the fault in this whole activity, a lot of people supported this by tweeting about it and another trend was immediately followed along with #zomatouninstalled #zomatoexposed, etc.

The trend of #BoycottAmazon began because it was seen that the US website of Amazon had listed doormats and toilet seat covers with the photos of Indian Gods and Goddesses on it. Even before this incident, there was another backlash encountered by Amazon for listing the same kind of products with the pictures of Indian Flags, Mahatma Gandhi, etc.

The twitter trolls on Kumbh Mela Campaign for Red Label have had FMCG beg for mercy as the advertisement targeted the Kumbh Mela and Hinduism. 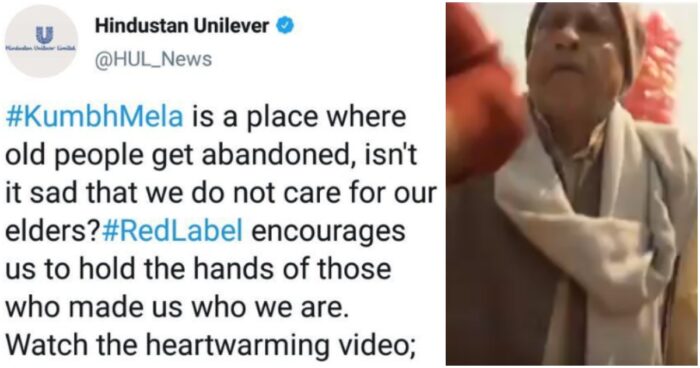 The original caption of the post was later on deleted which quoted, “#KumbMela is a place where old people get abandoned. Isn’t it sad that we do not care for our elders? #RedLabel encourages us to hold the hands of those who made us who we are. Watch the heartwarming video; An eye-opener to the harsh reality.”
Several people tweeted negatively regarding this. The following is Swami Ramdev’s Tweet

From East India Co to @HUL_News that’s their true character. Their only agenda is to make the country poor economically & ideologically. Why shld we not boycott them? For them everything, every emotion is just a commodity. For us parents are next to Gods #BoycottHindustanUnilever https://t.co/suozbymLBI

#Boycott recently engulfed PharmEasy as its target. Their latest campaign was #NoDramaOnlyPharmEasy. Their advertisement was a parody of Sanjeevni Booti Scene from Ramayana and a lot of Hindu people got hurt as they took it as a mock on Hindu Gods.
A lot of people uninstalled the app during the #Boycott

I m going to uninstall dis app today itself & urge all d Hindus to do d same.

A lot of such #Boycotts keeps happening as sentiments, feelings and emotions of people get hurt and then they want to do something about it. People are sensitive by nature whenever it comes to something they strongly believe in such as the religion they belong to.