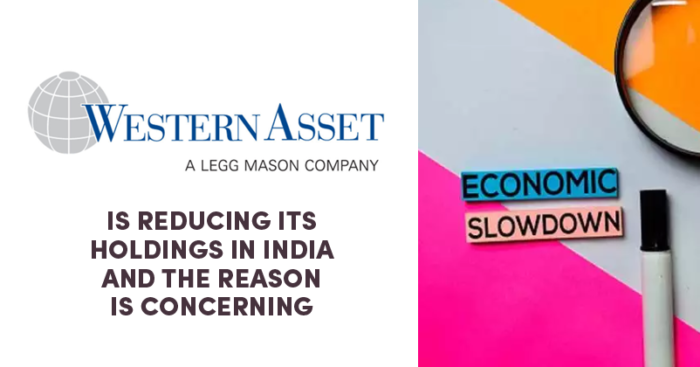 Western Asset Management Co., the $453 Billion investor, has recently lowered its India bond holdings. The reason behind the firms withdrawal is due to the tensions arising in the country around Citizenship Amendment Act (CAA) as well as the tensions prevailing in Kashmir.

According to Desmond Soon, Head of its Investment Management for Asia ex-Japan, the company is transferring some of its Indian government bond holdings to Chinese and Malyasian debt. The company feels that the government’s focus has shifted from economic activity to CAA protests. Soon told Bloomberg that the feels that protests over the controversial CAA may have temporarily taken the government’s attention away from economic reforms.

It certainly distracts Prime Minister Narendra Modi’s government from making the necessary economic policy and reform to focus on the economy. We are in the process of reducing India somewhat.

A report by Bloomberg also states that the foreign holdings in Indian sovereign bonds have slipped to their lowest in three years. Ek Pon Tay, Portfolio Manager for Emerging-Market Fixed-Income at BNP Paribas Asset Management has said that the global funds are withdrawing from the Indian bonds due to the weakening economic status of the country. The Reserve Bank of India (RBI) might not cut interest rate temporarily in the coming months, which has also added to the list of reasons.

An expected increase in the fiscal deficit and economic growth not yet rebounding from below-trend levels mean bond yields will be under further upward pressure.

To further our worries, the Ministry of Statistics has recently said that the gross domestic product (GDP) is estimated to grow 5 per cent 2019-20, slower than the 6.8 per cent growth of 2018-19.

The government has scaled down its earlier projections, forecasting 5 per cent growth for the current financial year which is the slowest in 11years.