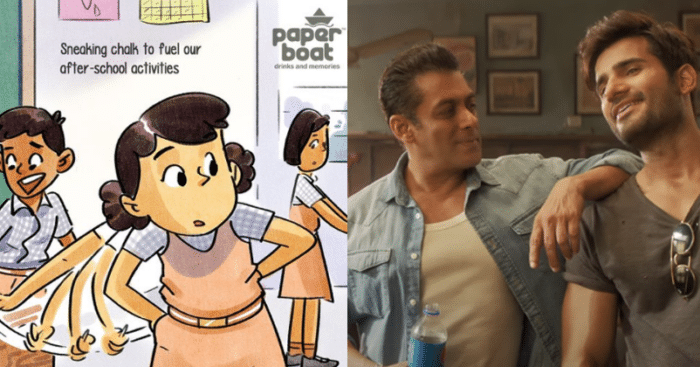 The beverage industry has definitely been one which has laid its mark on TV commercials in the Indian context. Brand ambassadors of these brands prove to become an integral part of the brand elements and become associated with its identity. Owing to this reason, beverage brands have definitely left their mark in the minds of Indian consumers.

The journey of popular beverages enjoyed in India has seen an evolution with the changing times as these drinks complete decades of production and distribution in the country. Let us see which brands have left an imprint with their marketing strategies.

Definitely synonymous with getting any drink in the country, the chances of someone asking whether they want a Coke or a Coca-Cola are a lot more than someone asking for a drink. With their famous tagline, “Thanda Matlab Coca Cola”, the company launched numerous ad films which created a lasting impression amongst the Indian audience. Amongst various other campaigns launched, these Ad films featured Aamir Khan in vivid scenarios which were region-specific in order to serve all parts of the country. This campaign caught like wildfire which aided in building the brand’s reputation.

In line with Coca-Cola’s reputation, this rival company has also marketed itself vehemently which has resulted in it being one of the market leaders in the industry. The company heavily depends on partnerships and collaborations in order to raise brand awareness. This brand associates itself with the younger age group and reaches out to them through swanky and cool messaging in their advertising.

The positioning of this brand makes one feel uber while the brand predominantly focuses on delivering an experience to its consumers as opposed to just a drink that quenches one’s thirst. The brand reaches out to the youth, which is essentially its primary target audience through college fests, college ambassador programmes, influencer marketing, contests and much more. It incorporates a brand personality of being rogue, attracts youngsters and imbibes adventurous energy in its messaging.

Definitely, a brand that resonates majorly with nostalgia marketing, Paperboat takes you back to your good old childhood days through every advertising promotion that they do. Their social media handle is flooded with creatives that remind you of your childhood memories and you are compelled to take a sip of their drink which promises to transport you back to those days. An extremely unique approach to marketing, they definitely have aced at communicating their brand’s identity with the audience.

This beverage brand which sells chai, the most famous beverage consumed across all states in the country has left its mark in the field of marketing with its advertisements. The brand’s advertisements address social stigma and are always thought-provoking. As a result, they have left an impact amongst Indian audiences and have definitely established themselves to be a brand that fights societal barriers.