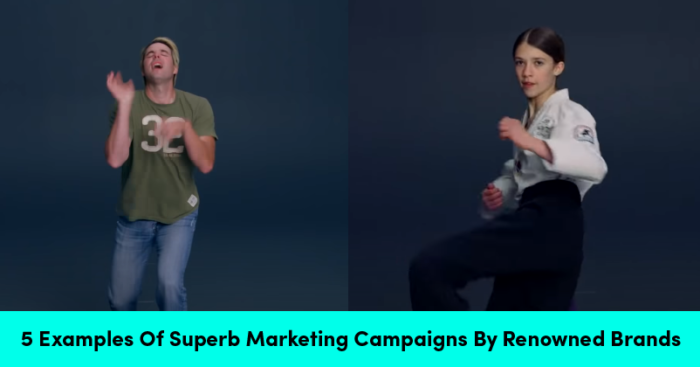 While surviving and living through consumption, we are not just consuming edibles but also taking in everything around us. Brand advertisements have been around for a while now coaxing people to purchase products for everyday needs. The convincing power that comes into play through advertisements only works well if it is executed properly. We take a look at some of the finest brand advertisements made so far that have achieved great success and reach in recent years.

‘Like a Girl’ is usually considered to be a derogatory comment made to boys. The misconception is such that women are weaker and if a man does something that is meek, he is compared to a girl. This campaign aimed at showing how girls under the age of 10 years who had no idea of what the connotation of the phrase meant, were made to run, throw and do things that required force and they did it with grace. It was not ‘girly’, as they redefined the whole connotation altogether. This has been one of the most successful and inspiring advertisements of all time.

The Ice Bucket Challenge was one of the most renowned branding initiatives launched in 2014 when 2,000 people gathered in Boston to drop a bucket of ice-cold water on themselves. This attention driven gimmick was done to raise awareness about ALS which is a neurodegenerative disease used to weaken muscles. Many celebrities also took part in the challenge.

The Pepsi advertisement of March 2013 launched the ‘Test Drive’ campaign which starred a professional driver disguised as a shy man who wanted a car dealership. The real action began when he sat inside the car as his boost of energy comes from the soft drink, Pepsi. The video managed to garner 44 million views so far.

Gil Zamora, a cartoonist trained by FBI experts was hired for this TV. Since only 4 per cent women around the world feel that they are beautiful, the TV aimed at bringing women to the platform and describe what they think of themselves and how they look to an unknown person. Once Zamora made the sketch and revealed how beautiful they looked, in contrast to the negative image these women had of themselves. This advertisement was aimed at encouraging beauty and self-love.

Remember the handsome protagonists entering your TV screens and talking about the musky smell of the Old Spice deodorant for men? The advertisement gained around 52 million viewers and is considered to be one of the most renowned advertisements of all time. It paved the way for interactive marketing trends and is revisited thanks to its popularity that emerged right before the Super Bowl in 2010.

Can you think of other fine examples of great branding?