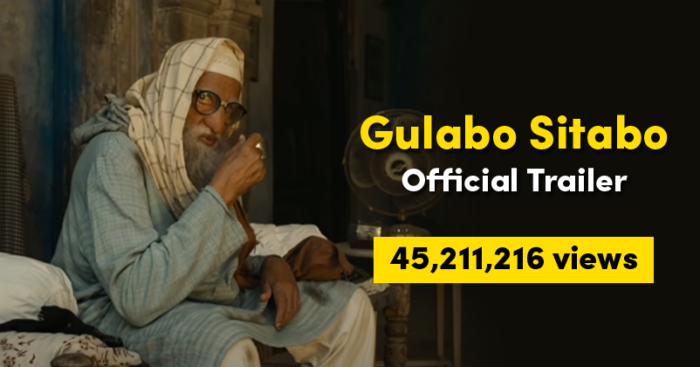 The month of May 2020 was a lot for India to take. A nationwide pandemic coupled with locust invasions, cyclones, massive heating and even a forest fire; it felt like the world was ending but we managed to still sail through. Even though it hasn’t been financially well for major industries, certain companies managed to push through well through various mediums and did blend well with the pandemic to manage their sales. How, you might ask? The answer is ‘through the power of advertising’.

Advertising has been the ray of hope amidst all the troubles we faced so far and these companies have managed to showcase their prowess through these captivating ads on YouTube in May,

This advertisement features actor Aamir Khan unveiling the new Vivo V19 variants which garnered over 55 million views and a lot of engagement on social media last month. The specs include a 32 MP dual front camera with super night mode, and is considered to be the perfect selfie camera launched by the brand in a long time.

If you don’t have an iPhone, well you DON’T have an iPhone. This crisp piece of technology is popular due to its sleek look and unlimited features. This ad features a man unboxing the new iPhone SE and it definitely creates a stir of excitement with every sound made. Thankfully for many aspiring buyers, iPhone’s new tagline for the SE ‘there’s a lot of love and less to spend’ comes at a time when the world wants to get life back to normal, and obviously, get a new iPhone SE!

Shoojit Sircar’s new movie ‘Gulaabo Sitaabo’ features Sir Amitabh Bachchan and Ayushmann Khurrana in a never before pairing. Shoojit Sircar has given Bollywood some exemplary movies like Pink, Vicky Donor and even Piku, and this new script featuring a powerful duo is going to hit Amazon Prime shortly!

Airtel is one of the most used networks around India. Featuring a new ad, the company ensures that everyone stays connected with their loved ones no matter the situation. It boasts of its connectivity even in areas where the range is really low. Airtel also has online recharge facilities which make it a valuable option for a lot of customers.

India’s loved biscuit brand Parle G made an appealing Mother’s Day tribute in May. Since it has been there with us since childhood, it definitely connects us with our mothers. This ad features a mother-son duo wherein the son returns his mother’s love in the sweetest way. Watch the advertisement to know more!

Have you come across other captivating ads so far? Share them with us!