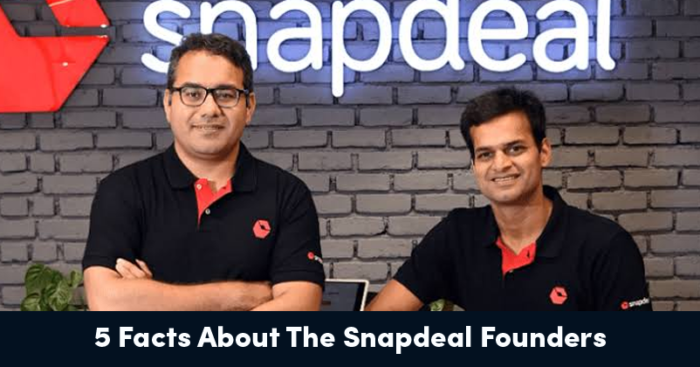 The founders of online E-Commerce portal, Snapdeal, include Kunal Bahl and Rohit Bansal who started off as friends from high school. Together they created one of the largest online platforms for India to ever begin with, and have gracefully made their mark in this sector. Here’s some facts you might have not known about them, despite their popularity.

Did you know that both of them declined merging with Flipkart? Today, Snapdeal stands as a 400 million user base platform which definitely worked in their favour.

Their employees can definitely praise their liking, as both founders left no stone unturned in praising the employees. All of them are trained about Snapdeal’s goals and work together to make the company reach there.

3. There’s a town named after Snapdeal!

Snapdeal’s base is located in Muzzafarnagar in Uttar Pradesh. Rohit and Kunal named the Shiv Namegar village ‘Snapdeal’ instead, and have been providing the villagers all the amenities they need.

The owners have a little over 16% stake in the company. They had managed raising $2 billion in funds and Bansal has a low stake of 2.44% only, being the CEO!

Initially, when Snapdeal was launched in 2010, they focused on making the platform permissable only for daily deals and coupons. By September 2011, the idea of an online store helped the company sell better!

How cool is that?