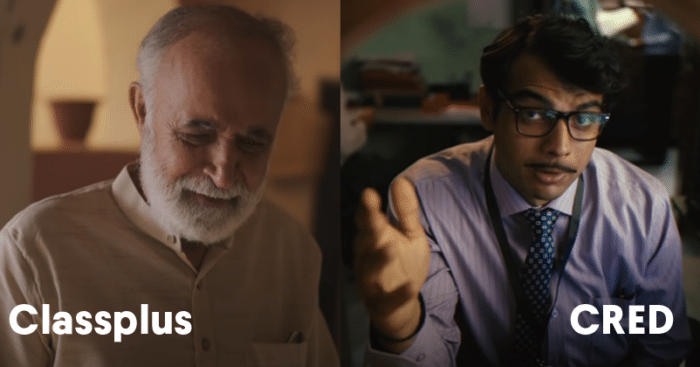 A month full of social dates and the onset of festivals, September 2021 rolled out ad film campaigns from brands which were engaging and heart touching. These ad films have gotten picked up by a large majority and have struck a chord with the audience. Here’s a list of the ads which stayed with viewers long after being watched.

1) Class Plus, Guru Dakhshina- A tribute to the ones who inspire us

Owing to the pandemic which has shifted the mode of delivery of lessons to an online medium, this ad film beautifully captures the sentiments of a teacher who is depressed at the prospect of not being able to teach since he hasn’t ever used technology before. The video later shows his old students paying him a visit and reliving memories all the same.

Featuring Katrina Kaif, Zomato made an attempt at communicating the message of gratitude for their dedicated delivery personnel. Katrina is seen ordering pizza and thanking the delivery valet for being the first one to show up at her party. This employee branding campaign won hearts and made everyone feel a lot more empathetic to all delivery app valets.

Another teacher’s day campaign which touched our hearts, this ad film communicates the age-old lesson that we have always been advocated, that of never stop learning and that you can continue the journey anytime, anywhere.

This ad film communicated the USP of their product very well and ensured that it adopted an informational route which provided viewers with all the details that would entail the availing of it’s service.

5) CRED, Great for the Good

Famous for coming out with quirky and eye-catching ads, CRED has definitely been in the forefront and catching the eye of viewers. This ad film features the Olympian Neeraj Chopra and depicted in a parallel universe inclusive of its brand ambassador, Jim Saarbh.

Another innovative ad film, this campaign highlights all value propositions of Meesho through the product journey of a garment. The TVC enumerates that the products priced on Meesho are well within one’s reach and are available at the most reasonable costs.