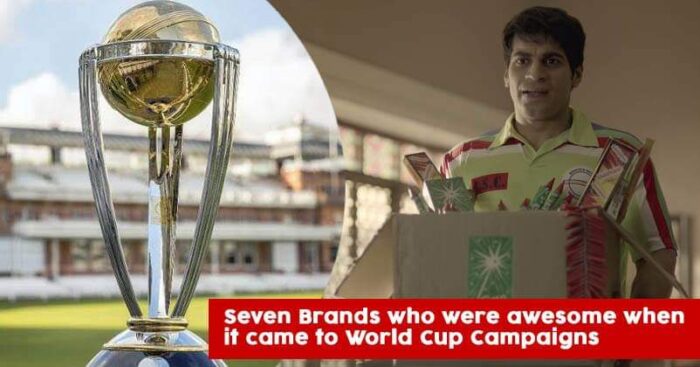 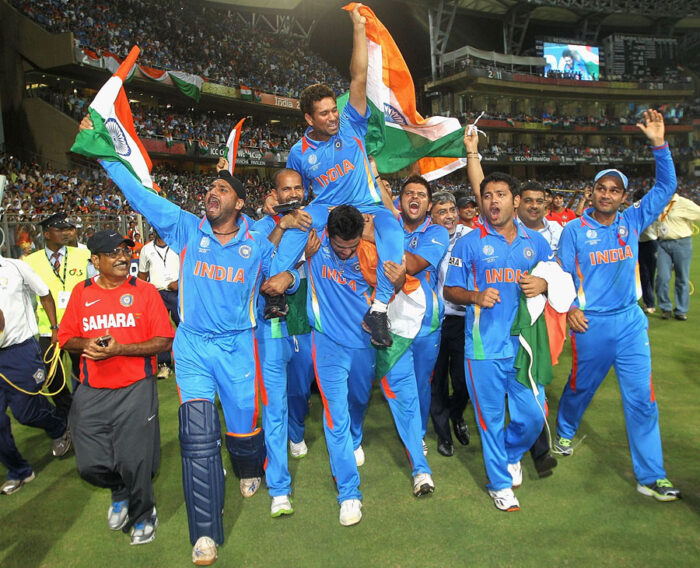 The rush of the World Cup!

The raw surge of energy, the enthusiasm and the amount of loyalty associated with cricket comes to the grandest of stages during the ICC World Cup, held every four years. It’s that one day in international cricket championship where Indian players like Sachin Tendulkar, Mahendra Singh Dhoni, Yuvraj Singh, and Kapil Dev have left their marks in history. 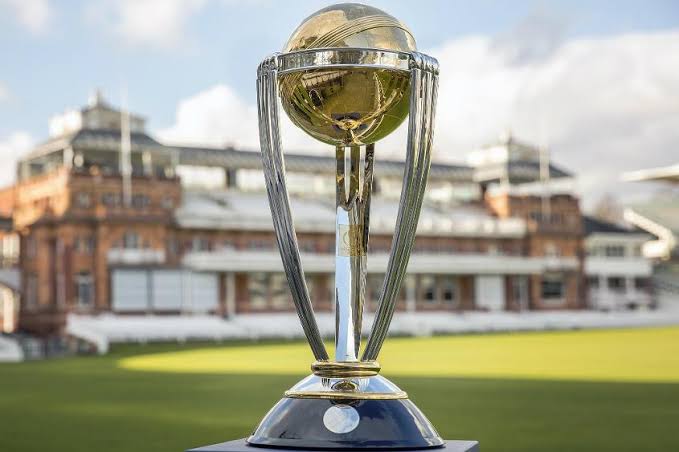 World Cup or an Opportunity?

Probably because of its influence, connection and impact of the world population, especially India, the ICC World Cup is the perfect opportunity for everyone to showcase their best. The host country puts its best foot forward towards the tourists, draws high tourism revenue and grasps this opportunity to show it’s bright side to the world. The world of Social media and television are also not behind. The 2015 ICC World Cup has been said to be watched by 1.5 billion people worldwide and almost the same number of live tweets during the match season.

The brands on the run!

All of this is probably why Brands don’t let go of this opportunity to be remembered by the people. Each brand tries to launch its very own World cup campaign advertisements with a hope to leave an impression.

Here is the list of a few of them who have taken great advantage of the great popularity of the World Cup in all these years:

The music app cleverly used the Golden opportunity of the World cup crashing with Valentine’s day back in 2015. Ranbir Kapoor was the highlight, using his fun attitude and casual style.

Pepsi sponsored the best person to advertise itself during the cricket fever. Mahendra Singh Dhoni and his famous Helicopter shot. MS Dhoni was captured in a fun shoot, training in the rural roots of India and drinking Pepsi to celebrate his moment.

This got the challenging and difficult part of being a Cricketer out in the open. Being a sports brand, they chose to portray the training and preparation of a player before a match with its extraordinary videography skills.

The channel cleverly used the emotional attachment and healthy rivalry every citizen feels during the awaited 6th world cup cricket match between India and Pakistan.

This again used the India and Pakistan banter to portray the friendliness and helpfulness of both countries. A fun advertisement made using a fan favourite moment.

The cable operator grabbed Hrithik Roshan to inspire audiences to ditch the heat of a stadium and the pain of travelling, to watch the World cup on TV, with comfort and ease.

And advertisement is successful in its operation when we tend to remember them in our daily conversations. Some had famous Bollywood stars, some had the right music and some had the right story. With the 2019 ICC World Cup right around the corner, it’s a short wait to see what more do these brands come up with. I am sure we are going to have a lot more additions to the list only to see the crowd to go crazy about the ICC World Cup 2019!