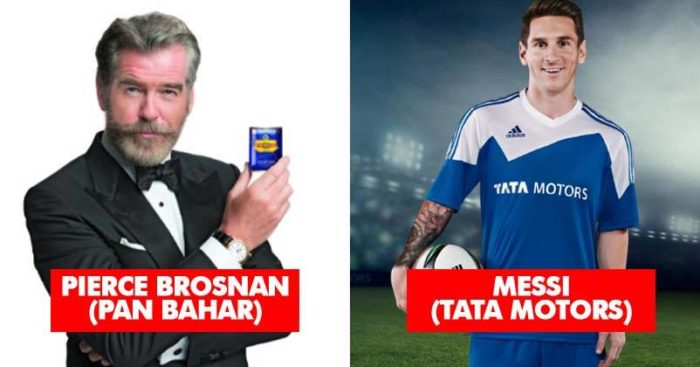 The foreign celebrities have a huge fan following in India too. Starting from Hollywood stars to Football athletes, you will be shocked to know that these stars have been the face of Indian Brands.

Let’s have a look at few of them:

Who doesn’t know Messi? The football star who can dribble the ball with his skills right into the goal post. He plays in forward position for Argentina and Spanish Football Club FC Barcelona. He has a huge fan following around the world. No doubt Indians got elated when he became the face of Tata Motors.

When Tata Motors amused the world with their brand ambassador, Micromax too was not left behind! They robbed in the Hollywood star Hugh Jackman. Hugh Jackman is an Oscar-nominated X-men and Wolverine star who has a huge fan base in every corner of the world. Indian mass got over excited to see him performing stunts in this ad campaign and we couldn’t stop appreciating Micromax’s efforts!

It’s nothing uncommon to witness Indian Cricketers being chosen for MRF. Starting from their bat to everything MRF endorsement has followed from Sachin Tendulkar to Virat Kohli! But this company made few eye balls roll out when they robbed in Aussie star, Steve Waugh and Indies Legend, Brian Lara! 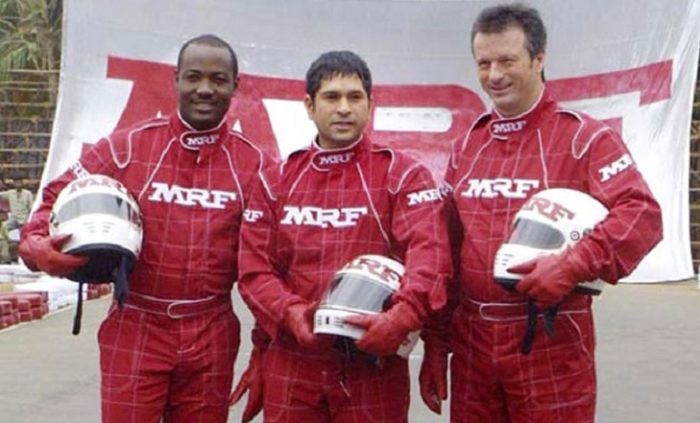 It’s time for the star Aussie fast bowler, Brett Lee. Who doesn’t love his fiery pace and indomitable spirit? He was robbed by a real estate company called “Pearls group”.

It was the biggest investment done by any Indian Company to bag in the Golf super star Tiger Woods! Hero Motors signed him for a record of Rs. 250 crore. 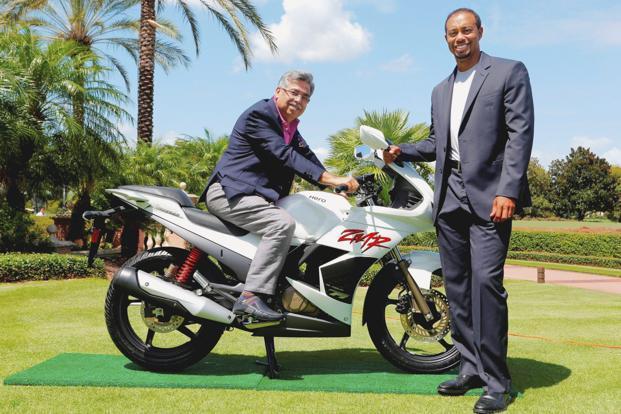 This man needs no introduction. It occurred back in 2008, and was shot totally in China though Jackie was seen doing a ‘Namastey’ pose in Bajaj bike. It was the first international celebrity brand endorsement done by any bike company in India!

So, I saved the best one for the last! Rub your eyes again! Yes! Still can’t believe? The James Bond star Pierce Brosnan took the nation by storm when he became the face of Indian Pan Masala brand ‘Pan Bahar’!