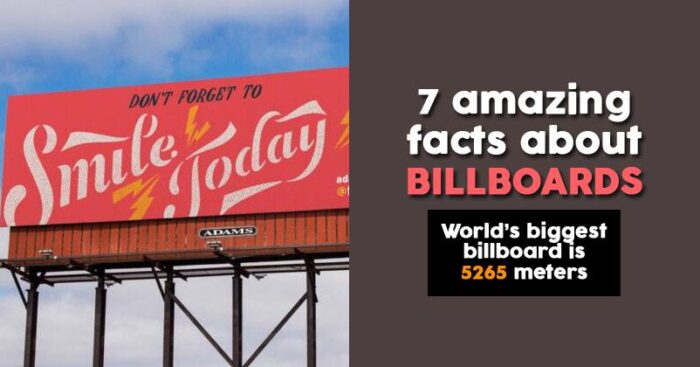 In the world of Marketing, the importance of Billboards is unmatched Billboards are great out of home advertising and in fact, 75 percent of the people come across them daily. So, here are some mind-boggling facts about the most known technique of advertising, Billboards:

1. They are older than the radio, newspaper

Yes, billboards are 3000 years old. They were first set up in Egypt. Once set up in Egypt, people there were quick to realize it is a good way to reach out masses, and therefore, started using it more to inform the general public. Before billboards only word-of-mouth was the medium to reach people.

2. You thought electronic billboards are new?

Guess what, they aren’t either. The first electronic billboard was displayed back in 1904, in New York’s time square. It advertised a message for Trimble Whiskey. As it was a glowing sign, people liked it, and Trimble got its desired distinction and attention.

You read that right. Where? It is located in Madrid, Spain. Other facts about this billboard include that it weighs around that of a male hippopotamus. It advertises Ford Espana, on the side of Edificio Espana.

Remember in point 3 we mentioned about glowing billboards? Another fact about them is, that the ones situated in New York’s Time Square are visible from space. A team from the expedition told that the billboards are too bright and could be identified, to be beside Central Park, from space. 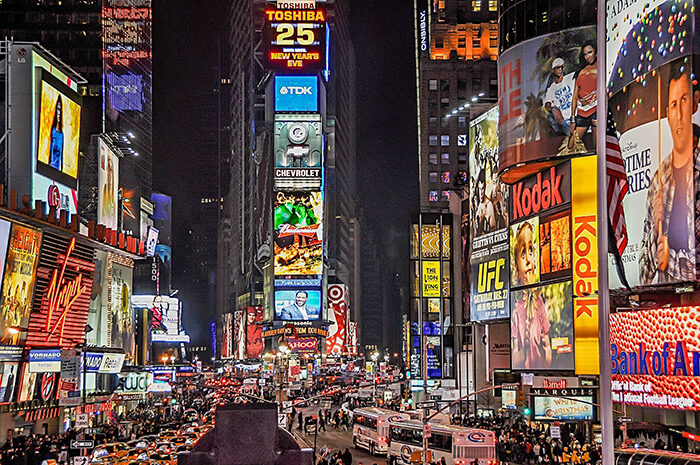 5. Can you imagine Scented Billboards?

Can you? Does not matter, but scented billboards are a thing. First, they were set up in North Carolina by a grocery store. The billboard smelled like grilled steak. The idea behind it was, to affect our senses in a unique way, so that we end up purchasing. Although it was not successful.

6. Most of us notice billboards

7. What does the world’s most expensive billboard cost?

It is a whopping $2.5 million dollars. And again, no points for guessing, it is in New York’s Time Square. It was advertised and paid by none other than tech giant Google. Also, talking about its rent, it used to cost 125 times the average, that is $625,000.

Quite amazing right? Aren’t these facts surprising? However, two things about billboards are pretty clear, they are a great medium for advertising, and second, New York’s Time Square beats everyone by a margin.