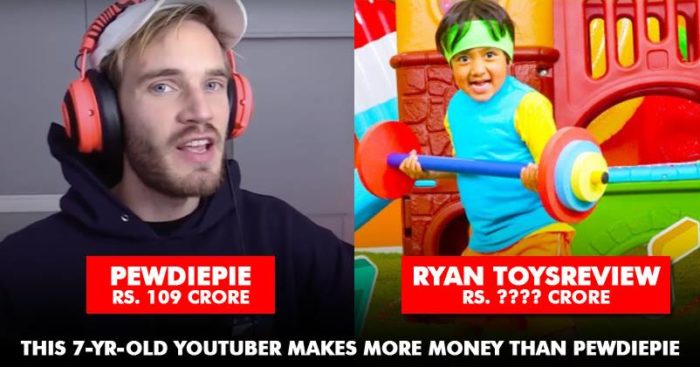 The earnings of a 7-year-old boy will make most of the people reading this jealous. This kid named Ryan is making $22 million (about Rs. 154.84 crores) from youtube just by reviewing toys in his channel Ryan ToysReview. It is a family run Youtube channel which started in March 2015 and since then the popularity of this elementary school going child is increasing in big numbers. 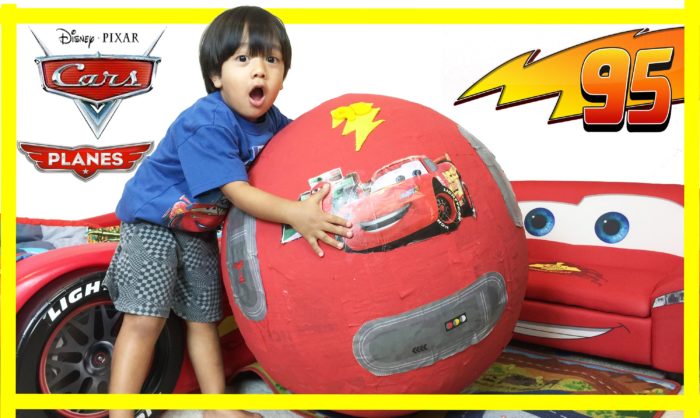 The channel was a hit from its video in which Ryan reviewed the “GIANT EGG SURPRISE” box containing over 100 toys from Pixar’s “Cars” series. This video has over 934 million views to date. 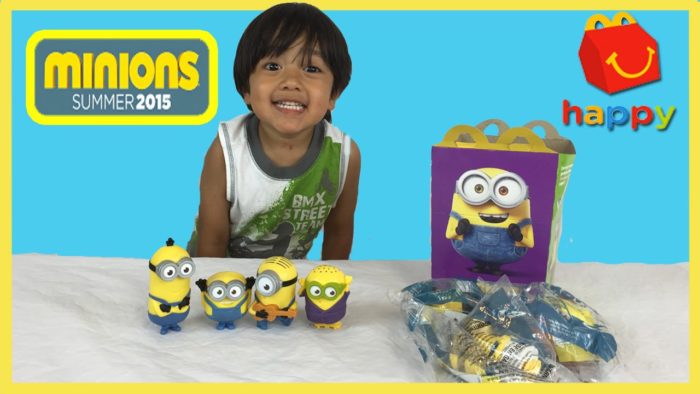 You will be surprised to know that it was Ryan’s idea to make a Youtube channel for reviewing toys, a smart child he is! The channel’s videos also feature food products with their reviews. The parents take care of the camera and editing work of the videos. According to Ryan’s parents, they will continue to make the videos as long as Ryan enjoys making them and it doesn’t upset his daily routine.

Also Read:10 Jobs That Seem Too-Good-To-Be-True To Get Paid For

The channel has over 17 million subscribers presently.

Check out a video from his channel below: