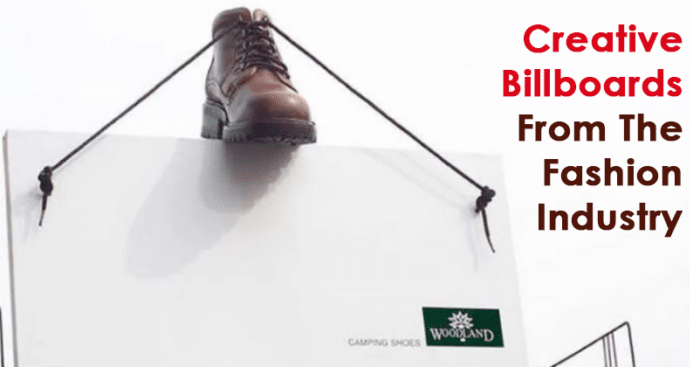 Investing in billboards assures better reach and visibility. Fashion houses too have resorted to using billboards in spreading their word and making themselves stay at the top of consumers’ mind. Here’s listing 8 unconventional billboards, that can make you stop in your tracks. 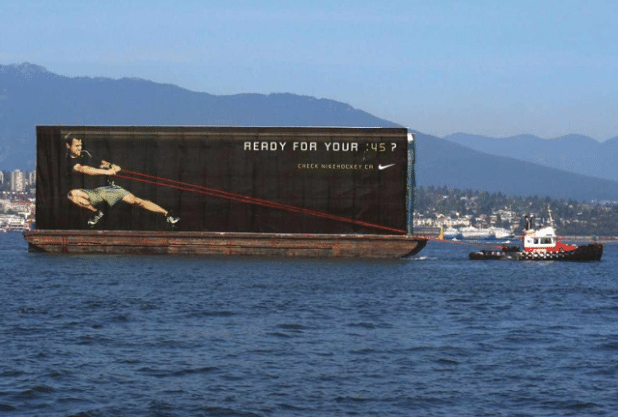 Staying in shape has never been this fun and inspiring. Like this billboard by Nike, shows how gear from the brand can help achieve your fitness goals. Its setting in the midst of water also makes the billboard look interesting and eye-catching.

Effectively replicating its product to give the perfect texture and look in its ad is Levi’s, which sure is a head turner. Plus, the open button is a touch of genius. 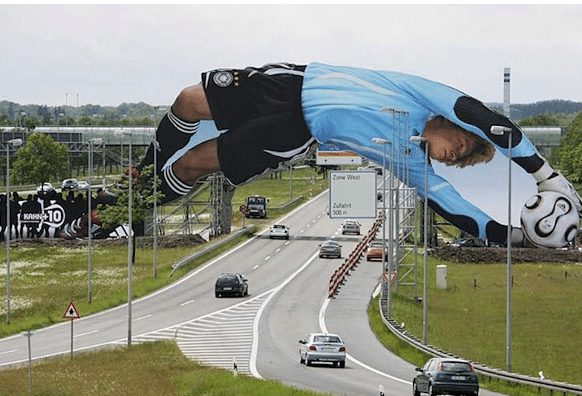 Spread from one way on the highway to another, is this massive billboard, in which the goalkeeper in his Adidas attire is seen saving a goal. The billboard is innovative and creative and challenges traditional advertising.

Depicting winters as hard with a punch across the billboard, conveys how one can fight it with winterwear from the Columbia Sportswear Company. It’s a simple but creative advertisement. 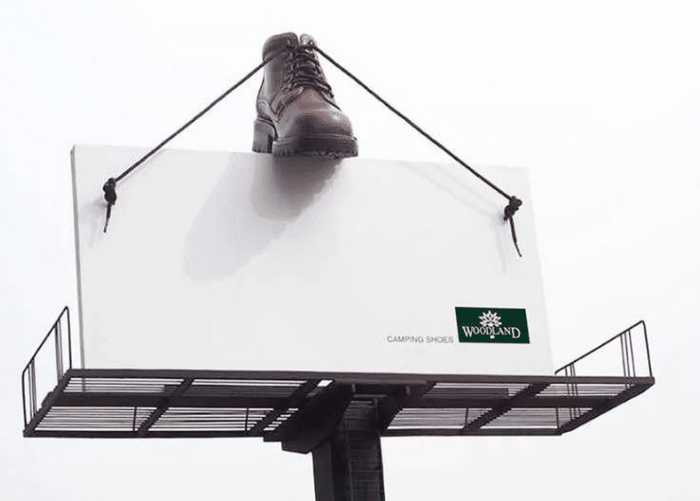 Using an oversized shoe perched atop the billboard, this minimal ad by Woodlands promotes its climbing shoes, rather literally. 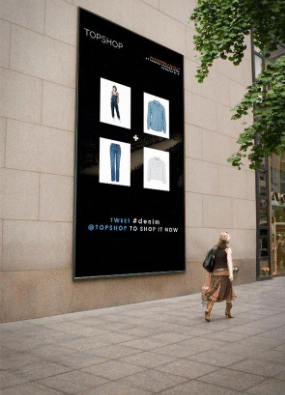 Six billboards in pedestrian areas of London, featured live content from Twitter data and Topshop products. Customers who tweeted the Topshop account, were rewarded with an edited collection of looks that fit each trend, such as #colourblocking, #pleats and #utility, products which could be purchased immediately.

Another one from the Bike camp, this life size Nike shoe billboard was released on the occasion of AirMaxDay, an important day for every sneaker lover in japan.