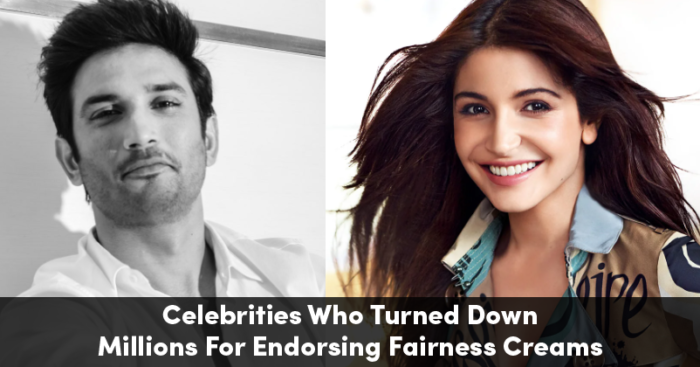 With the recent death of George Floyd by 4 American police officers due to racial profiling, the US has seen a surge of protests over the last month. Black Lives Matter has been a movement that is not only uprooting the American ideology but has also reached the Indian subcontinent.

Recently, Hindustan Lever declared a historic change to drop the word ‘Fair’ from their decades-old skin lightening product ‘Fair&Lovely’. The product will now be called ‘Glow&Lovely’. While the jury is still out on whether this step will help the brand any way to hide their contribution in the whole racial discrimination matter, it can be said the change was overdue.

Today we bring you a list of Celebrities from the Indian Film Industry who have always been against of such products and turned down offers worth crores to endorse them. 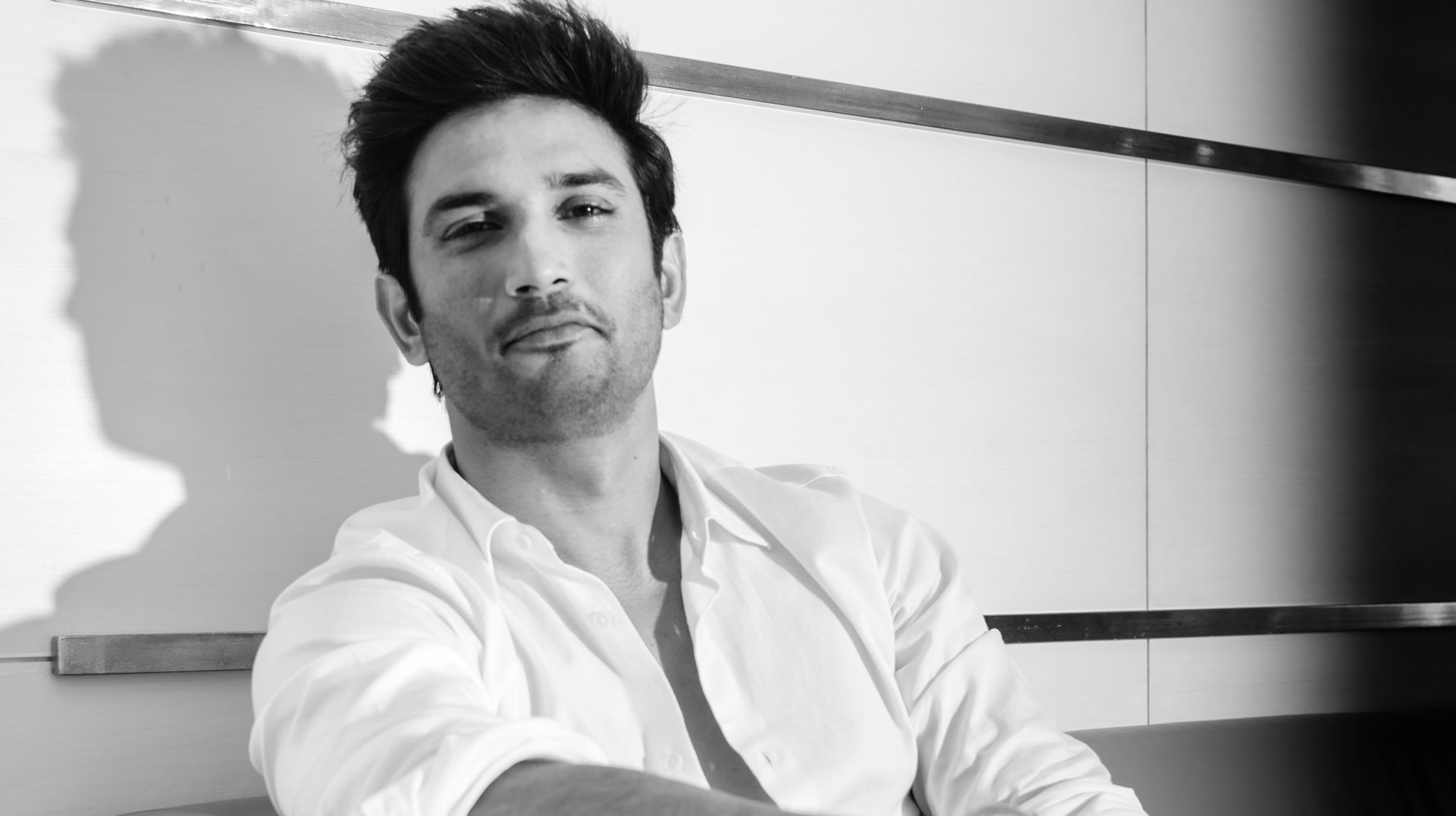 The late actor Sushant Singh Rajput has left a void in our hearts with his untimely death. Even after he is gone we get to know some pretty incredible things about the actor and his way of life. In 2018, Sushant was offered a whopping Rs 15 crores to be the face of a skin lightning brand. However, he refused the offer and stated that in no way he would be supporting any such brand that discriminated one skin color from another.

Anushka Sharma has always been a talented actress and now a successful producer with some amazing movies in her kitty. In 2015, Anushka Sharma declared that she would never promote a fairness product. Anushka stated, “I would not endorse products that propagate racist and sexiest and propagate social taboo. I don’t want to endorse products that propagate fair skin and all. I will not propagate anything that says this is right or wrong.” Abhay Deol is undoubtedly one of the most talented actors in the Indian film industry. The actor has not only refused to endorse any skin lightening brands but has been vocal on social media towards the actors who do promote it. 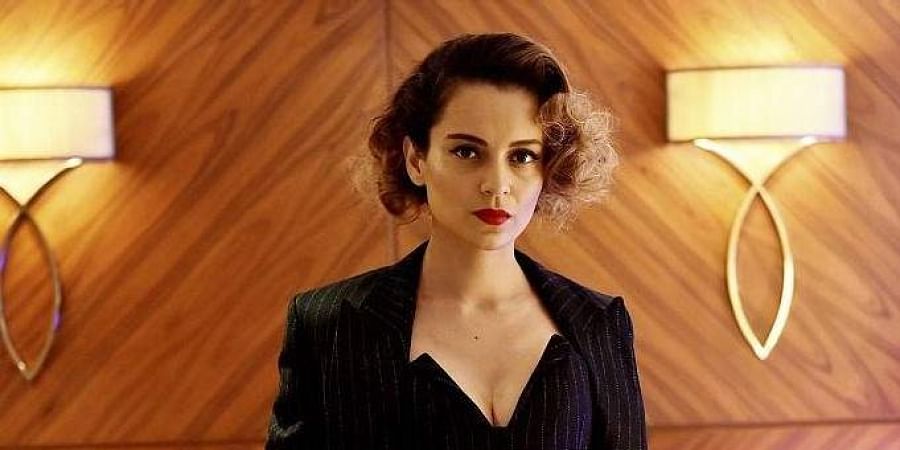 In 2013, Kangana was offered around Rs 2 crores to promote a fairness creme which she reportedly turned down. In an interview, the actress had expressed her feelings about such products openly by stating that, ”Ever since I was a kid, I have never understood the concept of fairness. Especially, in such a case, as a celebrity, what kind of an example would I be setting for younger people? I have no regrets about turning this offer down. As a public figure, I have responsibilities.” The actress has always been known for her bold statements and fearless stand in the industry.

Randeep Hooda is the hero our society needs. The actor has shared himself how he had turned down an offer for a men’s fairness creme endorsement deal. He said, “The idea of beauty being fair should be demolished. I was offered big money for this project… but I refused, as everything can’t always be about money.” Nandita Das is the bold and beautiful actress turned filmmaker who is also the face behind the campaign called ‘Dark Is Beautiful’. The campaign was started by Women of Worth (WOW) in 2009 and the actress-filmmaker had joined it in 2013. Nandita had always been vocal about the barbaric nature of these fairness products and how we need to put an end to this together. 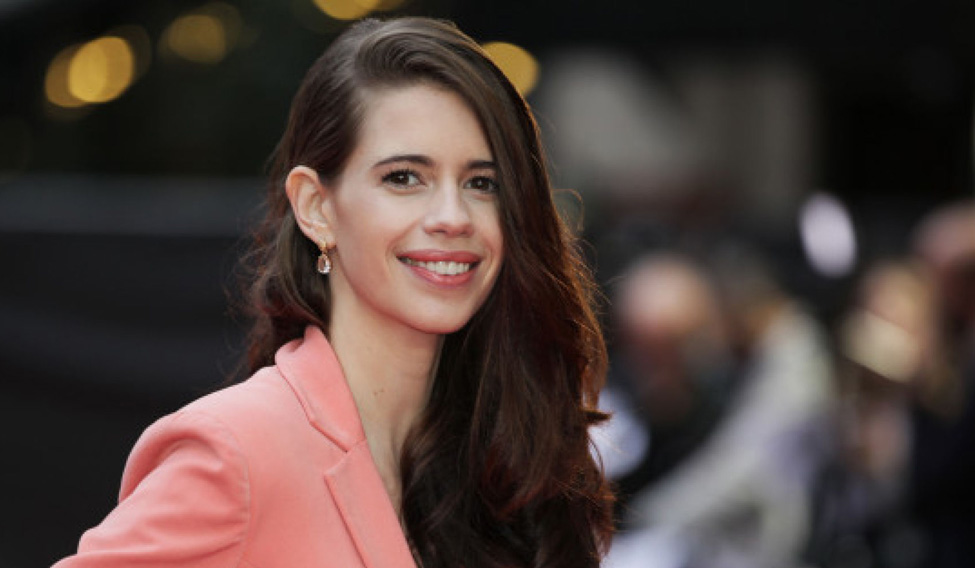 While talking on the topic, Kalki Koechlin once said in an interview that she would never endorse a fairness brand. She said, ”I don’t think there is anything wrong with being fair, but it has become such an obsession in our country that it is all we look for in beauty. There are so many stunning people who are dark-skinned and it should be celebrated. I would love to have a product that makes me darker.”

The Indian film industry has had the honor of having many dark skin actors and actresses who fought the social stigma and became successful in their respective fields. However, Bipasha Basu was the one who changed people’s mindsets and opened them up to the concept of ‘Dark Is Beautiful’ in the actual sense. The actress has been an advocate of the dark and dusky skin and has always stood against all fairness products.