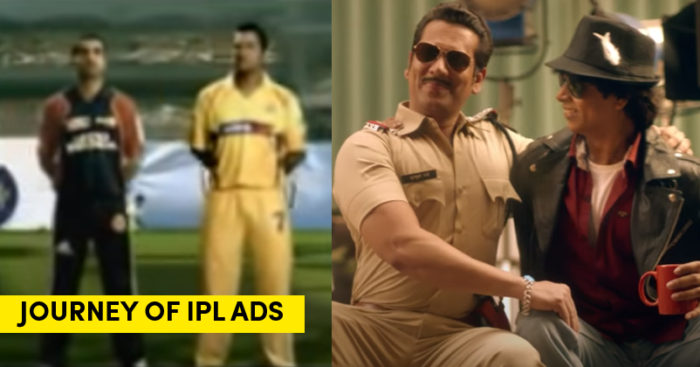 Marketing Creativity is the selling point of any brand or service today. Attractive campaigns help capture the audience’s attention and keeping that in mind, the Indian Premier League is set to excel this year from 19th Septemeber. It’s gonna be held in the UAE year since the world is affected by the coronavirus pandemic and we surely cannot keep calm! While we delve in the frenzy of a sporting event finally taking place, here’s a look at how far the IPL seasons have come and gone with their exciting branding campaigns,

The first-ever IPL campaign ensured that Indians will have a repetitive dose of action, drama and a lot of fans through cricket!

IPL’s second edition was hosted during the time when the country hosted its General Elections. Even though the matches were hosted in South Africa, the campaign hosted ensured that all Indians stayed together with the spirit of cricket.

The patriotic enthusiasm showcased by our country is brought out in the third edition of the IPL campaign. Watch this video to reminisce.

This was a hilarious take on the country’s agenda of ‘Bharat Bandh’ during the time of the IPL vacation season. What can you say more about the ideal campaign?

This campaign in season 5 of the IPL brought out the fandom assigned with the experience of cricket. People are seen carrying chairs and sitting to watch the game wherever they can.

Who said cricket is for watching? Choreographed by Farah Khan, this ad celebrates the spirit of cricket in India by indulging in cricket frenzy.

This season saw the attractiveness of cricket drawing people from all fields to be a part of the IPL.

This season of IPL marked the beginning of festivities, wherein the very experiencing of watching an IPL match was like celebrating a festival. We would surely agree that it is!

IPL season 9 came out during a time when the country was tense. This video surely provides a respite through its witty campaign.

This season celebrated the 10-year mark of IPL through its frenzy and glamour. Watch the video to experience the celebrations.

IPL has always been hosted on Sony, but this season marked the shift to Star. Focusing on regional elements, this advertisement is available in mostly all cultural languages in the country which include Tamil, Telegu, Bundelkhandi and even Malayalam.

This campaign surrounded the seniors of the game tutoring the newcomers into taking the legacy forward. This was the last time we saw something amazing, and hopefully, this season in 2020 will also be as enthralling as the others.