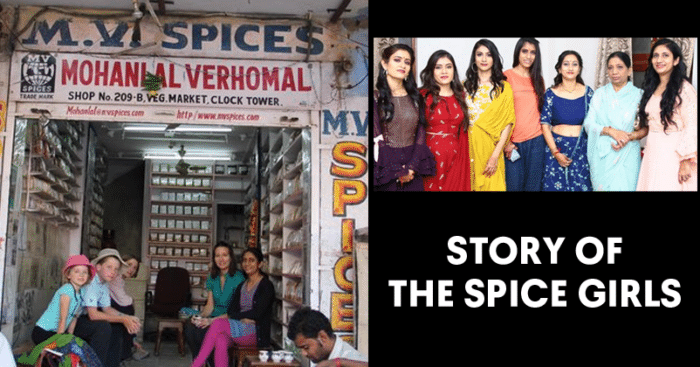 India has been known as the country of exotic spices for centuries. The variety of spices found in various parts of the country have gained international appreciation in the past few years. Indian food has become one of the most loved cuisines recently.

For which all the credit goes to the spices used in our cuisine since ancient times. The Indian spice market is also responsible to give employment to many small and large enterprises.

MV Spices store of Jodhpur is one such business that has become a symbol of inspiration for many Indians. Started by Bhagwanti Mohanlal and her daughters, the store is not just popular amongst the locals but also amongst many tourists.

Bhagwanti’s husband Mohanlal had always been a fan of her cooking. He used to wonder what all spices she would put in the dishes. The couple decided to sell the spices near Mehrangarh Fort in Jodhpur.

The spices became really popular amongst the locals and the tourists. Its popularity could be measured when the Maharaja of Jodhpur summoned him. 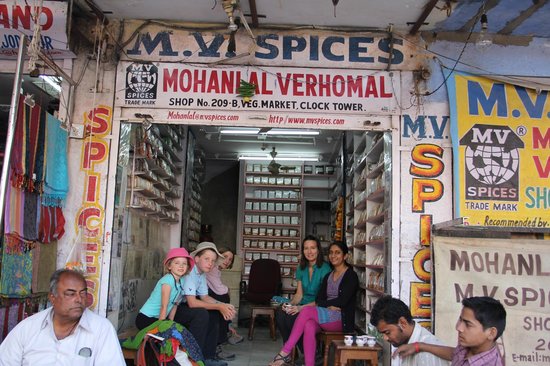 Mohanlal was not sure about the invitation and got nervous about being called by the Maharaja himself. The guard tried to explain to him that a French tourist had spoken highly about his spices to the King in a letter which made him call him to his court.

The Maharaja was very impressed with their work and their contribution to the city’s goodwill that he gave them a space in the for on rent for just Rs. 6000.

The Struggle to Success

The business became very popular amongst the tourists in the city. But as the business was gaining fame, Mohanlal’s sad demise left its family shattered. Bhagwanti believes that the time after Mohanlal’s demise was most difficult for her and her daughters.

Without and help from her in-laws, Bhagwanti was not only able to run the business her husband left to her but also was able to help her seven daughters to complete their education.

MV Spices has become a very common name amongst tourists and has also managed to maintain repeated customers.

Usha, Poonam, Neelam, Nikki, Kavita, Ritu, and Priya are not only managing the store in Jodhpur but also the online portal that helps its international clients to purchase products like grounded and ungrounded spices, tea and tea spices, spices for curries, as well as Christmas gift packs.