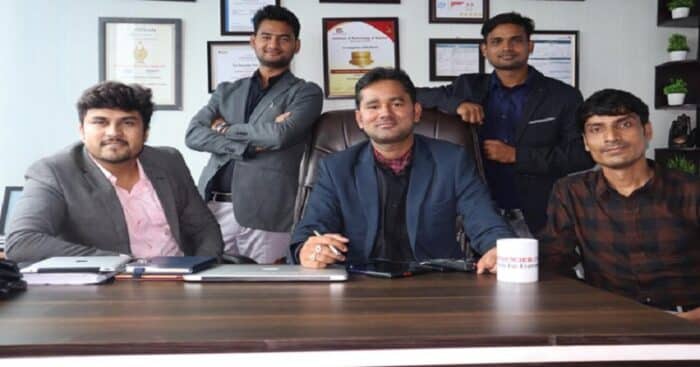 CSS Founder is an award-winning, leading website design company in India that is continuing its charity initiatives to its 6th year of inception. One of the most dedicated and CSR-driven companies, CSS Founder is making headlines due to its robust approach to ensuring that the downtrodden are empowered.

CSS Founder is a firm with a global presence with a mission of ‘Website For Everyone’ which translates to their thought process that every organization should have a website. On a leading growth spree, the company is on its 6th year of continuously aiming at multiplying revenue and charity. With the mantra of ‘multiplying charity with revenue’, CSS Founder is on the way to become a source of inspiration to thousands of businesses with their path. CSS Founder presence as best Website design company in Mumbai.

With a well-established clientele of thousands of businesses globally, CSS Founder is the vision of Mr. Imaran Khan who envisions an out-of-the-box ideology of streamlining a major part of their profits towards CSR activities.

“Our teams go out in the Delhi NCR region to look for the needy and distribute food to people living on the roads, jhuggis and in deprived conditions. Till date, we were organizing these drives on 8 dates in a month consistently but from 26th January 2022, we are aiming to distribute cooked nutritious food everyday and this mission is what drives our teams to work even more harder”, says the founder Imaran Khan, in a statement.

Incepted in the year 2016, the company has completed 5 years of charity and is in its 6th year of laying a new path of growth. During the winters, the teams go out to distribute blankets to protect those living on the streets from the chilly cold weather. The team at CSS Founder has so far filled 2 lakh underprivileged stomachs to date.

Their ‘Free food for Needy’ donation drives champion the cause of spreading smiles with healthy food, especially ration kits to widows and single breadwinners in families living at the end of depravity.

The company’s core philosophy revolves around being able to fund all its missions independently with no funding or donations. Originally a bootstrapped startup, CSS Founder has not picked up funding and does not intend to acquire funding in the near future. Giving out the message of contributing maximum profits towards CSR, CSS Founder motivates other startups to cater to those who are at the mercy of others for basic necessities.

The team has exhibited exceptional growth and has been able to route them successfully toward their CSR initiatives. It is for this reason that they have amassed blessings from the lowest class of the pyramid and are witnessing chart-breaking growth. Steadily being known as the brand in the website design and development space, CSS Founder is becoming the one stop destination for quality websites globally.