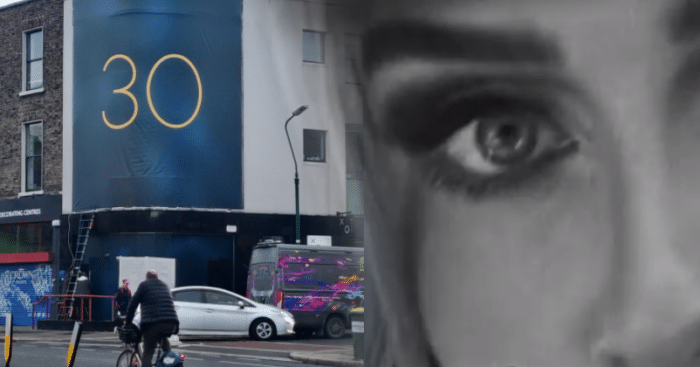 The world has mysteriously been seeing a lot many billboard signs coming up in famous locations with the number ’30’ imprinted in gold. Now you may wonder what this would signify, but do not worry. It’s another brilliant marketing promotional strategy which has left everyone wondering what’s it about. After 6 years of releasing her last album, the famous songstress, Adele is staging an infamous comeback which has everyone rocking in their chairs to learn more.

The comeback campaign ’30’ devised at the namesake of her album by her team is getting quite viral on social media after the sightings of the billboards at famous location across the globe. The projection of ’30’ has been sighted at Eiffel Tower, Edinburgh Castle, New York’s Empire State Building, the Colosseum in Rome, Berlin’s Brandenburg Gate, Amsterdam’s Nemo Museum and many more. Post the sightings of this ’30’, the hashtag #adeleiscoming started trending on twitter and netizens took to tweeting about these sightings in a frenzy.

adele hasn't even released the album yet and has already outdone everyone #Adele30 pic.twitter.com/VyKJra2RZB

Adele’s albums are named after the ages in her life which have been quite monumental for her. After 19, 21 and 25, 30 is the age where she separated from her now ex-husband, Simon Konecki. With a total of 15 Grammys in her bucket, Adele has gone on to create history in the music industry. Her comeback has duly been awaited by her fans and admirers alike.

This campaign by her PR team has gotten quite some praise as well and become a sensation around the world. The song, Easy On Me, which has seen much build up is expected to launch on the 15th of October and the internet can barely contain it’s excitement. The teaser video has already garnered over a million views on her Instagram handle.

This comeback has definitely gotten everyone intrigued in what is left to follow and amazed everyone with it’s execution. Right from personal branding, offline marketing and online engagement, this campaign covers all the spheres of marketing that one can use to execute upon. What is your take on this campaign?