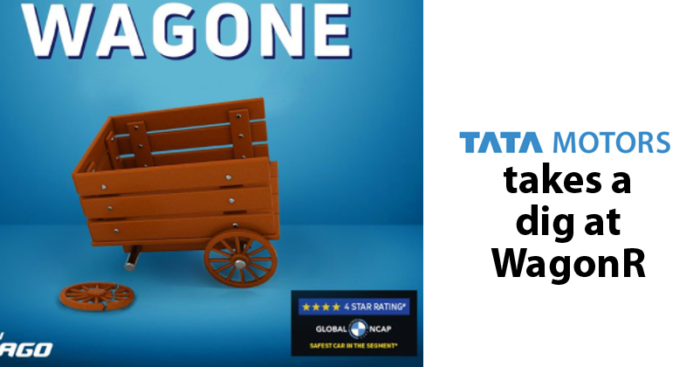 Brand wars are very interesting. Whether it’s Pepsi vs Coca-Cola, Burger King vs McDonald’s or Zomato vs Swiggy, we always admire the creativity of rivals poking each other and gaining the attention of the audience. 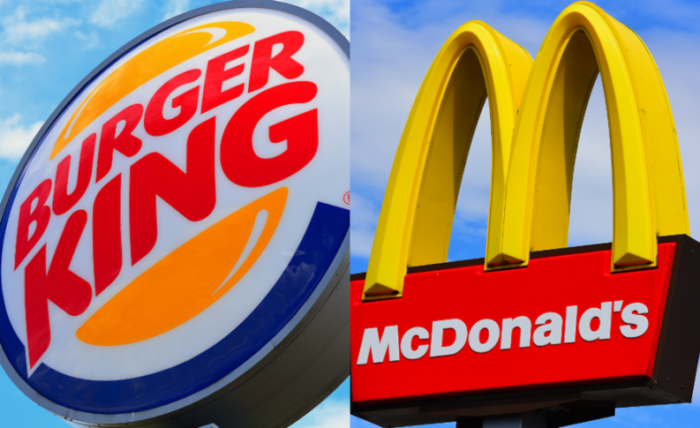 Recently Tata Motors became a topic of talk online when the Global NCAP revealed ratings of several brands with testing. TATA took advantageby taking a dig at its rival with a post on social media. Tata Motors didn’t mention the brand directly and netizens their humor and some agreed that Tata doesn’t need to prove anything thanks to their popularity in India.

And now, the brand is smartly poking Maruti WagonR, with an image posted on the Twitter handle of Tata Motors which shows a broken wagon, supported by text that reads – ‘Safety is ‘two’ important to be ignored. Be smart before someone overturns your caRt.Choose Tiago, the safest car in the segment, rated 4 stars by GNCAP.’ To avoid any direct attack, the image contains the text ‘Wagone’ instead ‘WagonR’, while the image caption has the letter ‘R’ of the word ‘cart’ capitalized.

Safety is 'two' important to be ignored. Be smart before someone overturns your caRt.

Choose Tiago, the safest car in the segment, rated 4 stars by GNCAP.

Here’s how some of the online users reacted to this:

After cars, Tata is getting better at ads too! Keep these coming. Kudos to Tata motors, IT and social media team ❤️👌👍

Love the way Tata cars are built but hate the way they are marketed. #Negativemarketing @TataMotors_Cars Guys, please emphasis on your positive points than pointing out someone's negative. Making fun of someone looks childish. Grow up guys. #imaproudownerofnexon

That's like old tata bullying sh**t out of competition

Also Read: Brand Wars: Samsung Trolls Apple For Not Including Charger With iPhone 12