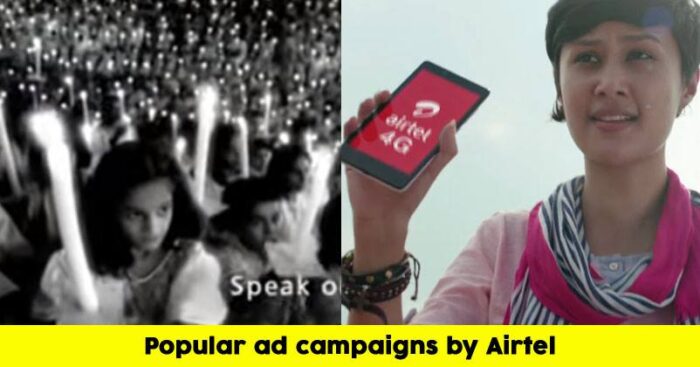 Bharti Airtel Limited, also known as Airtel, is an Indian global telecommunications services company based in Delhi, India. It operates in 18 countries across South Asia and Africa, and also in the Channel Islands.

Recently, Airtel has added ad agency Leo Burnett to its roster of agencies. Leo Burnett will handle the B2B and B2C services for the brand which includes below-the-line (BTL) activities and circle marketing campaigns.

Airtel has delivered some very outstanding campaigns in the past. The iconic Airtel tune to ‘Har Friend Zaroori Hota Hai’ campaign, 4G Girl and Boss TVC are a few memorable ads.

Earlier this year, #airtelthanks was an ad campaign, which was conceived by Taproot Dentsu advertising. The campaign gave Airtel a break from its high-speed 4G network imagery, & gave a new refreshing feel to the brand.

Apart from Taproot Dentsu advertising, other ad agencies like Rediffusion DY&R and JWT have also given some memorable and successful campaigns to the brand.

Let us understand today the advertising journey of Airtel.

To build their Indian identity and appeal to the public their first brand campaign in 2002 by Rediffusion DY&R was meant to reflect patriotic feeling.

All the then ad campaign’s jingles were composed by the iconic AR Rahman. With AR Rahman composing the jingles and Sachin Tendulkar as the brand ambassador, Airtel was successful to live a lasting mark on us Indians.

Their ‘No Boundaries’ campaign conceptualized by Rediffusion DY&R was one of their most successful ads.

Airtel‘s advertising was given to JWT in 2008. JWT concentrated more on the latest 3G data plan & their series of campaigns were actually a precursor to the ‘selfie’ trend.

In 2011, part of Airtel’s communications business was being handled by Taproot Dentsu. The agency won the entire account post the success of the ‘Har Ek Friend Zaroori Hota Hai’ campaign.

In 2012, Airtel came on board as title sponsor for Satyamev Jayate to strengthen it connect with the mass audience. The ad focused on the very pressing issues of society.

In 2016, when Airtel rolled out its 4G services in India, they launched the famous 4G Girl campaign to highlight the data and speed aspect of 4G services.

A very bold ad by airtel where they urge their customers to try other network services and then making their own decisions based on their experience.

#airtelthanks was an ad campaign, which was conceived by Taproot Dentsu advertising. The campaign gave Airtel a break from its high-speed 4G network imagery, & gave a new refreshing feel to the brand.