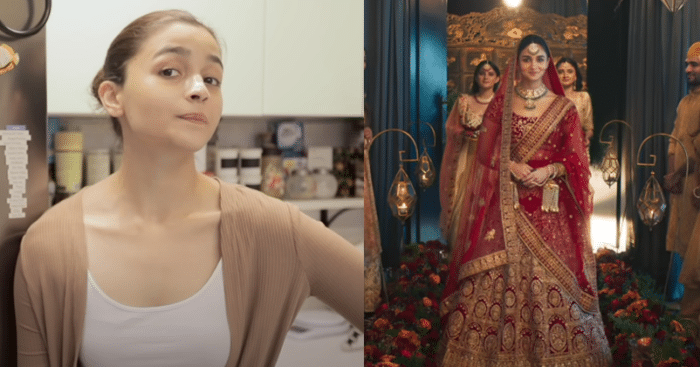 Alia Bhatt is one of the most popular Bollywood celebrities in today’s generation. She has done a number of films starting from Student of the Year, to her latest release Bhramhastra. She has blessed the Indian audience with a number of blockbusters. We celebrate her efforts to move her career as she paves the way for herself as an endorser, creator, and more recently, an entrepreneur.

Alia Bhatt is one of the most expensive celebrities in terms of brand advertisements. Since 2016, the number of brand endorsements has only increased for the better. She is associated with Manyavar, Coca-Cola, Maybelline, Cadbury Perk, etc. She is also quite often seen with Ranbir Kapoor in most advertisements. Brands like Lays and Flipkart have used their combined popularity to market their products.

Alia Bhatt as a New Creator

Alia Bhatt has also spread her wings across the YouTube platform, garnering more than 500k followers. She has her own series called ‘AliaBe’ that includes her personal fitness routines, food vlogs, and personal experience. She is also quite active on Instagram and Twitter. She appeals to the Gen Z public mostly, with most young-folk trying and wanting to follow in her footsteps.

Fans are also admirable of her cooking and poetry skills, which she often talks about on Instagram and YouTube. Her kitchen series, ‘In My Kitchen’ features delectable snacks and healthy food choices that she also indulges in, on a daily.

Amidst the pandemic, Alia Bhatt started with her own venture known as Ed-a-Mamma, which was dedicated to her love for nature and kids. Her kidswear line develops sustainable fashion. The brand solely relies on natural fibers and plastic-free material. In addition, she is the founder of Coexist, a platform that addresses issues related to animal and ecological welfare.

We wish this beauty a very Happy and Prosperous Year ahead.