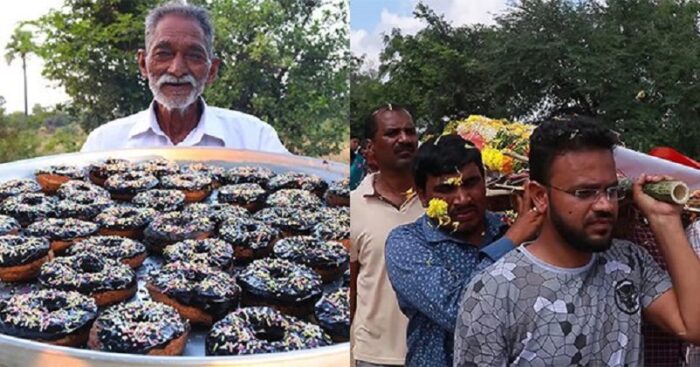 The 73-year-old Youtuber from Telanagana had over 6 million subscribers on his channels and was best known for his cooking skills and philanthropy. 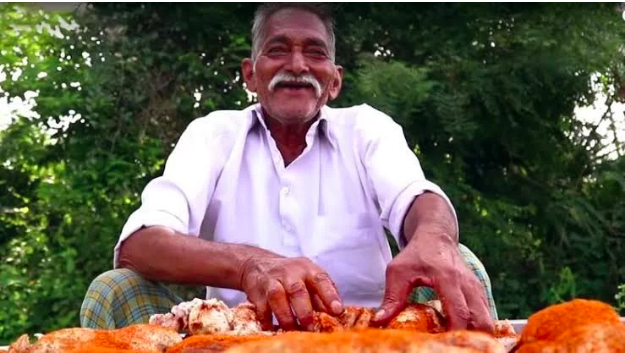 Started in 2017, “Grandpa Kitchen” found viewers from all over the world who loved to watch their  Grandpa cook massive portions of meals in just one sitting. Often seen amid a calm backdrop of lush, green fields, his seemingly modest approach to cooking earned Grandpa great popularity on YouTube.

From cooking 500 packets of Maggi in one go-to teaching the Internet how to prepare KFC-styled chicken, American lasagna, chicken biryani, and other elaborate dishes at low cost at home and even preparing mouth-watering sweet dishes such as Oreo pudding, gulab jamuns – nothing was amiss on grandpa’s menu. 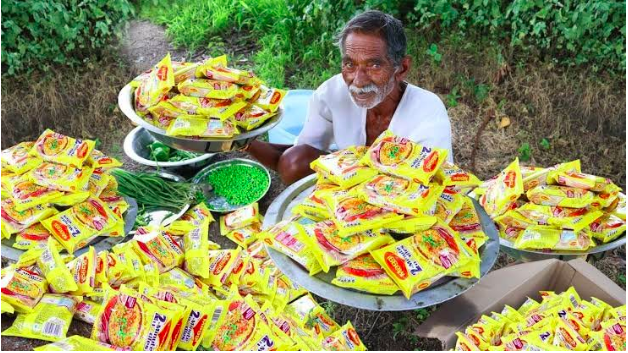 All the gargantuan proportions of meal that the man cooked (the ones that raked in millions of views) were served to orphans in his community.

“We entertain people by cooking food and donate the proceeds to charities. Our goal is to provide basic necessities like food, clothing, school supplies and birthday gifts to the orphans,” the bio on Grandpa Kitchen’s Patreon account read.

Grandpa cooked his last meal ‘Crispy Potato Fingers’, as evident on his channel, last month on September 20 and has been away from cooking duties ever since due to deteriorating health.

The news of his demise was shared on his channel through a video.

RIP to this one of a kind man!