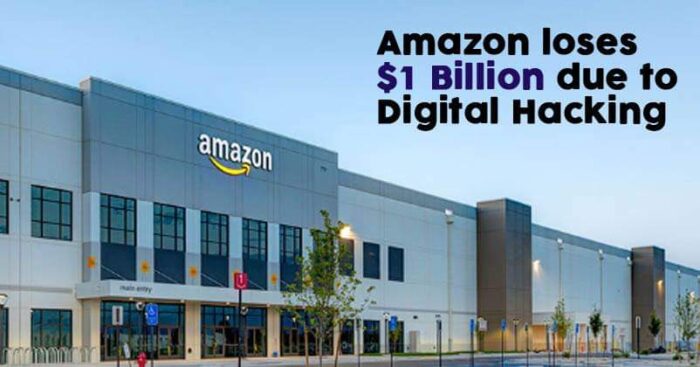 Digital way is the new way! Going digital has come as a blessing to many of us but also to forget it comes with its own set of difficulties. Over the periods of time we’ve come across many cases of digital hacking which has made us come to terms that hacking exists and that is merely impossible for it to stop it.

The recent victim of such online scams and frauds was e-commerce giant Amazon whose 100 seller account were hacked into and drained of money. The incident took place between May and October 2018.

As per the report drafted by the lawyers of Amazon, the attackers changed the bank account details of the Seller Central accounts to their own bank accounts. The U.K. legal document revealed that the fraudsters have their bank accounts with Barclays Plc and Prepay Technologies Ltd., which is partially owned by Mastercard Inc.

While the hackers are yet to be identified, Amazon is still investigating in the matter but has confirmed that the amount stolen is mire than $1 billion which was granted to the sellers in the form of sales or loan by the company.

Amazon has also requested a judge in London to allow them to search related to the bank accounts at Barclays and Prepay. According to a lawyer who said in the court filing, the documents are necessary “to investigate the fraud, identify and pursue the wrongdoers, locate the whereabouts of misappropriated funds, bring the fraud to an end and deter future wrongdoing.”

Barclays has not made any comment on the same but as per a source the bank has closed all the accounts that have been used by the fraudsters.

This has been categorized as a phishing scam, wherein account holders are tricked into divulging their information such as bank details and other sensitive data to shrewd cybercriminals and hackers.