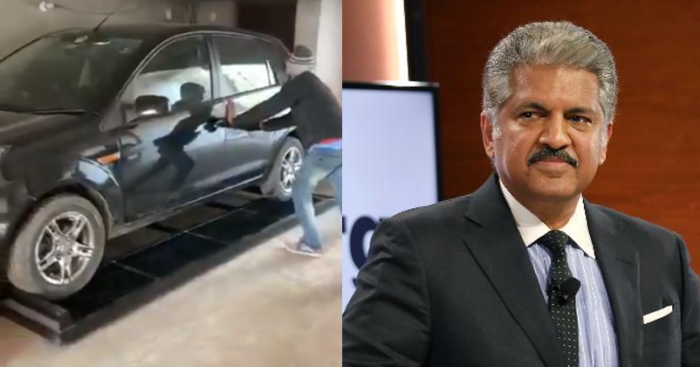 Anand Mahindra’s Twitter timeline will never fail to amaze you as he is not only choosy but extremely creative on what he posts or retweets. There has been many times when his Twitter posts have gone viral and here he is once again!

He recently retweeted a video in which a very unique tactic of parking car has been presented. Apparently, he loved the video and considered it enough to give it a privilege to be on his timeline. Let’s get into details! 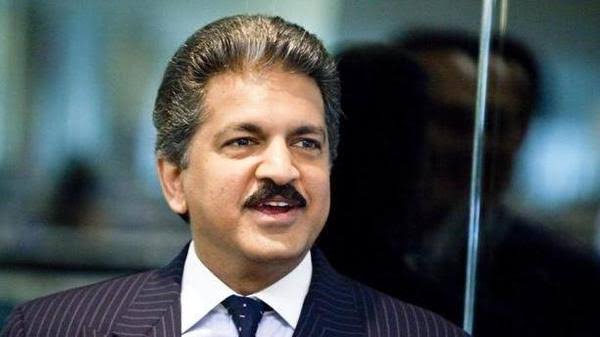 The video begins with a man trying to park his car in a complex space in the garage and then there is an iron track that has rolling wheels pushed by another guy in front of the car that has to be parked. The car is parked on the iron track and then the guy driving it comes out of it.

At the end of the video, the iron track is pushed and placed towards the wall as perfect parking! The tactic has attracted hundreds of people and Anand Mahindra was one of it who did not take much time to retweet it as well. He also wrote, “Now that IS pretty clever. What to do when you have less room for maneuver… Finding clever ways to deal with constraints is an Indian talent!”

Now that IS pretty clever. What to do when you have less room for manoeuvre… Finding clever ways to deal with constraints is an Indian talent! https://t.co/oUI6szXFyK

The retweet was flooded with comments and likes and more retweets. Some found it as a Perfect Jugaad at times of necessity! Here are some reactions:

We have a word for it which describe it exactly – Jugaad

Wow! That's an idea on 'track'. Noticed the thoughtful nail lock too that ensured the track doesn't move while transporting.

Just wondering how they take the car out..Since it's stuck to the wall on the other side and pulling the car more difficult than pushing..? #Jugaad

Necessity is the mother of innovations 😉👌🏻👌🏻

Necessity is the mother of innovations 😉👌🏻👌🏻