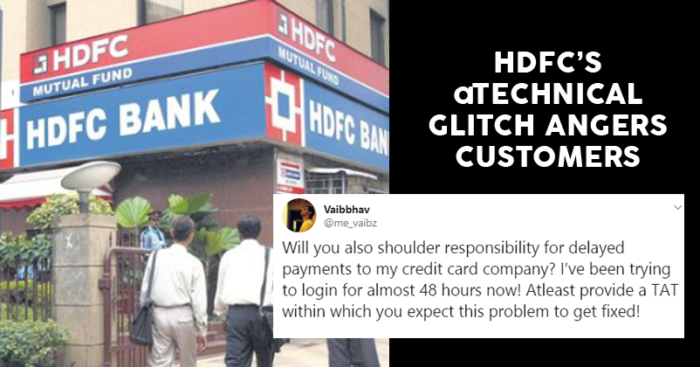 HDFC Bank Customers had been finding it difficult to use the HDFC Net Banking Services for 2 days continuously. HDFC is India’s 4th largest bank and even after assuring that the ‘technical glitch’ will be solved in 24 hours, the system was still found with a similar problem.

Due to a technical glitch, some of our customers have been having trouble logging into our NetBanking and MobileBanking App. Our experts are working on it on top priority, and we’re confident we’ll be able to restore services shortly. (1/2)

HDFC is considered to be the best bank in India and is the holder of the largest salary accounts. This directly means that most of the Indian Citizens failed to pay their electricity, phone, credit card, etc. bills because of this one ‘glitch’ that was promised to be solved in a day. 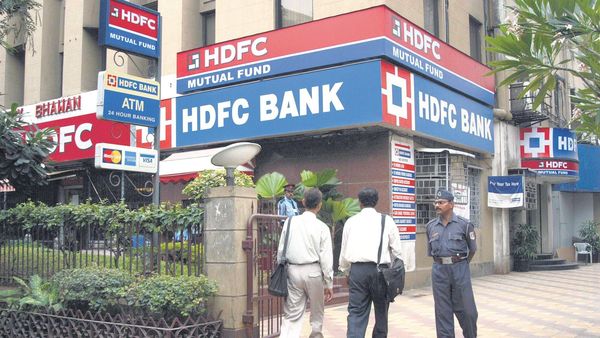 People have been furious about this situation and a lot of them threw angry tweets, too. The biggest unanswered question from people as if the HDFC will recover their late dues that have been charged because they failed to pay their credit card bills on time.

What the hell is wrong with the #HDFC NetBanking and App portals?
Need to pay my CC bills! Don’t blame me if I’m not able to clear the bill before the due date, your app/website won’t log me in! @HDFCBank_Cares @HDFC_Bank

I have several credit payment pending, but I cannot pay because your bank is not allowing me to use HDFC bank NetBanking. Please tell me the ETA? Who will pay the interest amount because of late payment? HDFC credit card payment is also pending!!! It's been 2 days now. Fix it.

The best bank when I started using NetBanking in 2006 and now the worst.
Time to change

Will you also shoulder responsibility for delayed payments to my credit card company? I’ve been trying to login for almost 48 hours now! Atleast provide a TAT within which you expect this problem to get fixed!

While trying to log in via Net Banking, the site showed a message that asked the user to try again later due to heavy traffic on the application, along with apologies for such inconvenience.

The services went out on Monday morning and the situation was not solved till 5 in the evening. People who suffered the most were from big metro cities such as Delhi, Bangalore, Mumbai, etc.

Even on Tuesday, the app was not functioning. The bank has not made any statement as on when people can use the application again.