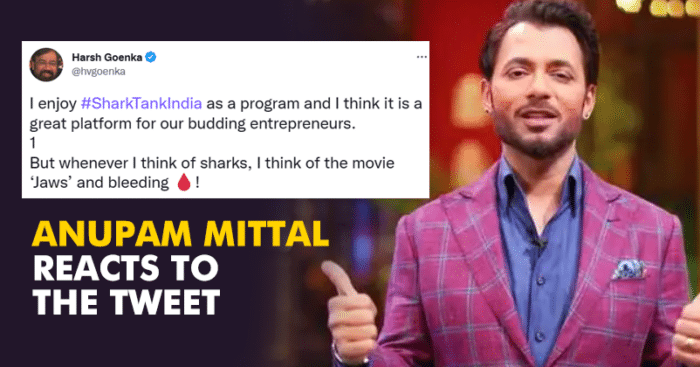 Judges on Shark Tank are they losing? Harsh Goenka describes the loss he suffered, comparing it to the movie “Jaws” and bleeding reminded by the judges of Shark Tank. Here are all the details you need to know, along with how the online community reacted to his trending Tweet. 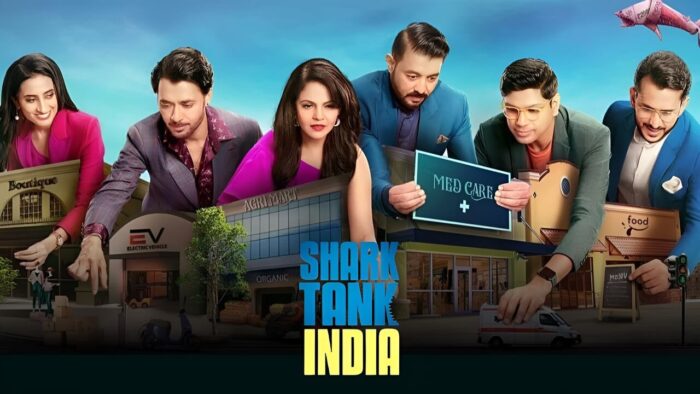 Harsh Goenka, Chairman of RPG Enterprises, has expressed his thoughts on  Season 2 of Shark Tank. The Sharks appear to be receiving a large amount of criticism this season, even though the program is all about assisting prospective large corporations by encouraging some of the most powerful and influential CEOs in the country to fund their endeavor.

Harsh Goenka posted on Twitter, “I enjoy #SharkTankIndia as a program and I think it is a great platform for our budding entrepreneurs. But whenever I think of sharks, I think of the movie ‘Jaws’ and bleeding!”

Goenka included a snapshot of the sharks’ names, businesses, and FY22 profit after taxes 2022 in the Tweet as well.

I enjoy #SharkTankIndia as a program and I think it is a great platform for our budding entrepreneurs.
1
But whenever I think of sharks, I think of the movie ‘Jaws’ and bleeding 🩸! pic.twitter.com/LAmGxQOiU8

Other than him, the sharks reported suffering a tremendous loss. Amit Jain made -246 crore in profit for CarDekho. The FY22 profit after tax for Peyush Bansal’s Lenskart was -102 crore. Sugar Cosmetics, owned by Vineeta Singh, declared a deficit of 75 crores. Since there was no further announcement, Anupam Mittal’s Shaadi.com Fiscal year 2020 earnings after tax was -27 crore. Other businesses owned by Mittal’s include the obscure Mauj Mobile and Makaan.com. According to the photograph Goenka posted, Shark Namita Thapar claimed that Emcure Pharmaceutical is not a new company because her father founded the business and is still its CEO.

Mittal responded by saying, “I know you meant it in jest, so with all due respect, sir, I think you reacted to what appears to be superficial, biassed, and incomplete data. Happy to learn from stalwarts, but just to clarify, like you, the sharks don’t bleed red, we bleed blue, and that’s why we do what we do.”

I know you meant it in jest so with all due respect sir, I think u reacted to what appears to be superficial, biased & incomplete data. Happy to learn from stalwarts, but just to clarify, like u, the sharks 🦈 don’t bleed red, we bleed blue 🇮🇳 & that’s why we do what we do 🤗

Some viewers reportedly stated that when his firm aims for an IPO, it will be simple to comprehend whether one must invest in his business or not in response to their requests for data from viewers.

One of the Twitter lovers said, “Why don’t you join shark tank? It will be amazing with your super wit.” Nishant Pitti CEO and co-founder of EaseMyTrip tweeted, “True. The entrepreneur who are yet to make their startup’ss profitable and giving exit to their investors are now investing in other startup’s.” Regarding SharkTank contestants, several people have made jokes and stated that “Jetha Bhai or Jethalal from Taarak Mehta Ka Ooltah Chashmah would be India’s biggest entrepreneur.”

“It’s now like any other TV programs, acting by judges, contestants, emotional stories, fights, laughs and overall funding less than advertising revenue. 90% of people who watched S1 not watching S2, in based on talking to friends.” said Jigish S, CEO of BillMart.

One user commented, “It’s just like a Family Melo drama with lots of emotional scenes.”

One said, “When it’s your own money; the bottom line matters. But when it is public money or angel investors this gyan of valuation takes over. Never understood the basis of the valuation though. Of course the promoters take hefty salaries; sell their stakes and have a good life!!,”

The Sharks have received harsh criticism for their enterprises before. Ankit Uttam, an Amazon best-selling author, previously wrote about the profitability of shark-run companies. Although Thapar isn’t the owner of Emcure Pharma, he went as far as to compare her to Bollywood actress Ananya Pandey in a LinkedIn article on “nepotism.”