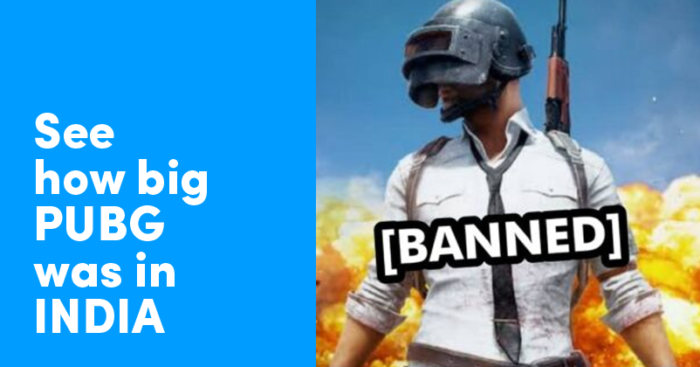 The IT ministry gave a shock when it announced about banning the most popular game PlayerUnknown’s Battlegrounds or PUBG and 117 other apps on Wednesday. The ban includes names like Baidu, Tencent Watchlist, WeChat Reading, FaceU, and Tencent Weiyun, along with PUBG Mobile and PUBG Mobile Lite.

To give you an idea of how big PUBG has been for India, let us have a look at some of the facts about the game:

Well, it will be interesting to see how PUBG lovers will switch to other things and all we can hope that E-sports and Indian digital space will continue to rise even after this ban.

What are your thoughts on this whole thing? Share your views in the comments section.