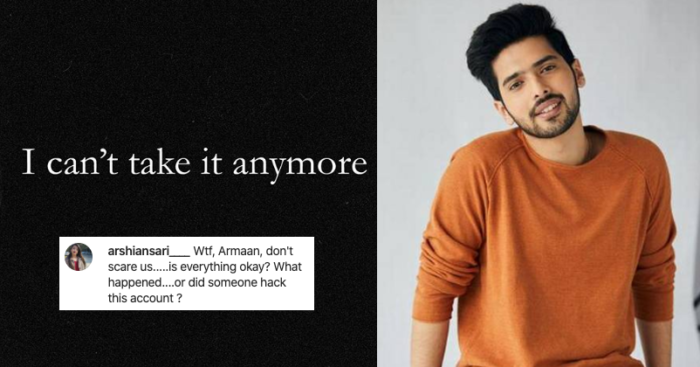 Recently, Bollywood was taken aback by the famous singer Armaan Malik‘s cryptic posts on Instagram. Concerned friends & followers were seen full of worry when the singer dropped a post saying ‘I can’t take it anymore’. Well, what was even more concerning was that Armaan had deleted all his previous posts.

This is the post that Armaan shared which had left his fans and well-wishers worried.

Everyone flooded his Instagram with concerned messages asking what was wrong and why was he posting such stuff while some believed that maybe it was a prank or his account was hacked. 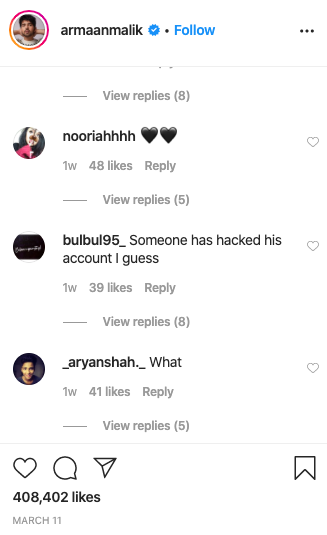 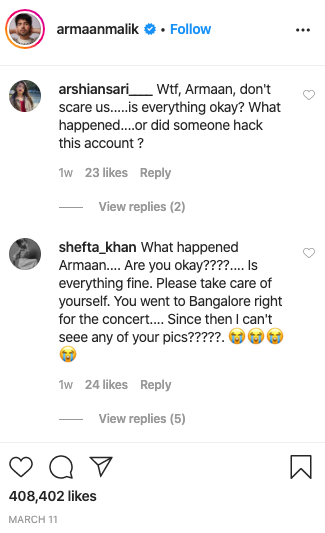 While many speculated that the singer might not be doing well in his private life or going through depression, many guessed that this might all be a publicity stunt.

But eventually, it turned out that Armaan Malik was actually setting the stage for his new song release. In the post following the next day, the singer announced his new English Single in collaboration with Arista Records.

I’ve waited for this day for as long as I can remember. Can’t believe I’m getting to share this with you because I still have to pinch myself everyday to know that it’s true. 16 year old Armaan would be losing it with excitement right now. I cannot wait to begin my new musical journey with the @aristarecords family and @davidmassey123! Thank you David for believing in my music and me, and sharing my vision to take India to a global stage. Big love to my team @ankyisms @nataniamusic @jyothimalik @daboomalik @amaal_mallik @aayushmansinha we saw this dream take shape right before our eyes and it’s finally time! And thank you @billboard for this piece! #Control out on 20th March 🚀

On 10 Mar’20, the singer was seen celebrating his one million followers on Twitter. Sharing his selfie he had captioned it as “We did it guys #1MillionArmaanians on twitter finally. Onwards & upwards no looking back.. let’s gooo!!”