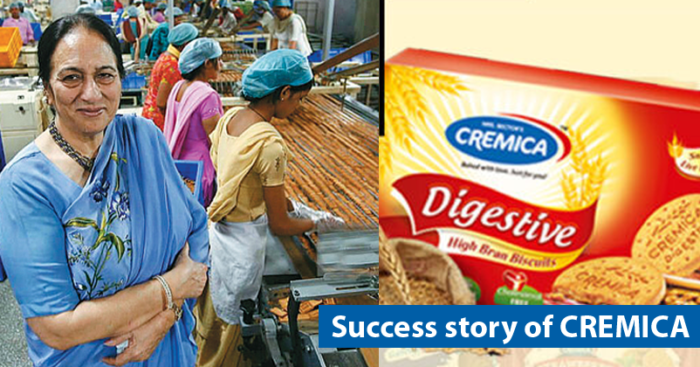 For those who grew up in the regions of northern-India, Cremica biscuits are synonymous with delicious tea-time snacks. Have you ever wondered who was behind this incredible product that has been winning the hearts of millions for decades now?

It was none other than Mrs. Rajni Bector- a woman who turned a backyard ice-cream shop into a bakery brand popular across the region.

Growing up in a tumultuous time, Mrs. Bector managed to beat all odds

Rajni Bector was born in Karachi but left for India during the time partition. She arrived in the city of Ludhiana where she settled and got married when she was just 17. 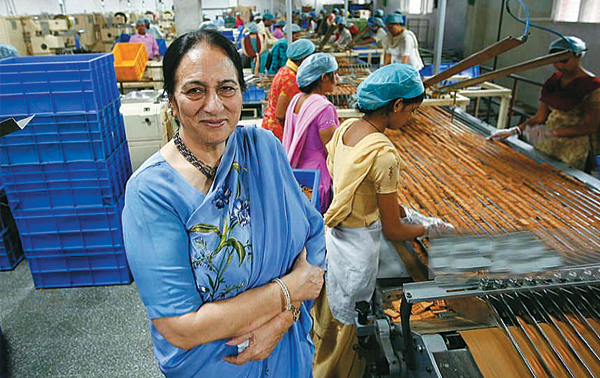 She worked hard to raise her three children and later sent them to a boarding school. She wanted to study and thus, decided to enroll herself into the Punjab Agriculture University.

Bector had always been interested in baking and over time, had become an excellent baker with her recipes being popular amongst all her friends and associates. Their praise led to Bector borrowing Rs 300 for an oven and began baking professionally.

Bector’s backyard bakery soon became very popular amongst the locals. In 1978, seeing her popularity, her family loaned her Rs. 20,000 to get an ice-cream manufacturing unit. She decided to name her bakery ‘Cremica.’

Stepping into the big scene

Once she set up the ice-cream manufacturing unit, Mrs. Bector shot to fame in the city of Ludhiana with people flocking to her bakery. By the 90s, she had expanded her product line to include biscuits, breads, and buns- all of which the customers accepted with their hearts. 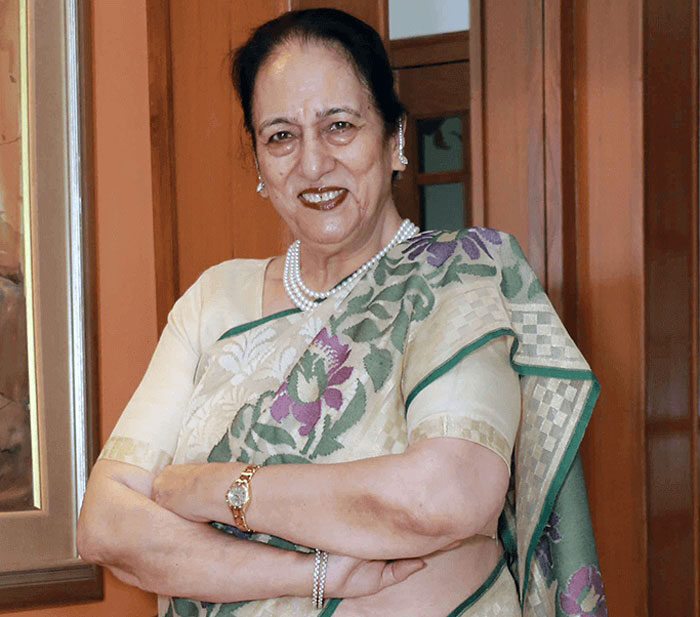 Cremica’s ultimate break came when it got the deal to supply buns to the fast-food chain giant- McDonald’s in 1995. The chain was growing at a rapid pace in the country, thus, increasing the business of Cremica as well.

After this, there was no looking back for Mrs. Bector and Cremica. The company grew exponentially over the next few years and in 2006 touched annual revenue of Rs. 100 crores. Presently, Cremica supplies buns, pizza bases, and other items not just to McDonald’s but also to other big names like Pizza Hut, Burger King, and Papa John’s. Not just that, it also provided confectioneries to the Indian Railways.

The Journey Is Still On 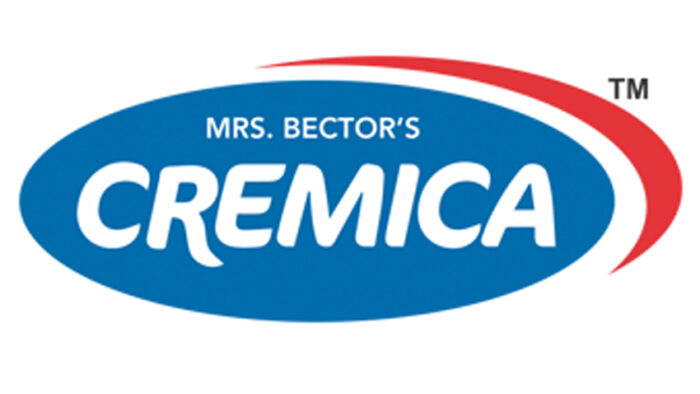 For Cremica and Mrs. Bector, the road to success is not over yet. The company has continued to grow at a quick rate for decades now. At present, the ice-cream in the backyard business has transformed into a Rs. 540 crore business empire.

The success of Rajini Bector acts as an inspiration for innumerable people all across the country. Her story is one of incredible determination and persistence. With her talent and her will to do well, she has become an iconic role model for millions of young women all over India.