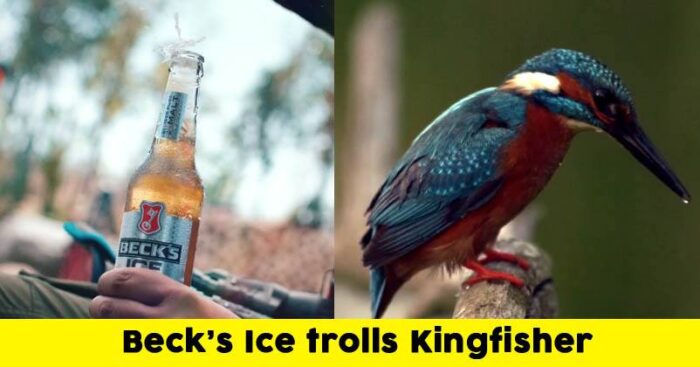 Beck’s Ice, the European lager which is inspired by the German heritage recently launched its new digital film that showcases its different and unique ingredient story offering the highest quality brew made of 100% pure malt.

The main aim of the brand behind this campaign remained to educate the customers about the distinct and natural ingredients that are meticulously brewed making it one of the smoothest beers available thus positioning the brand as a better and smoother beer in the digital film.

Taking a dig at Kingfisher lager, the video set in an outdoor locale begins by inspecting a Kingfisher bird perched on the branch of a tree. As the narrator is reciting the characteristics of the bird, it dives into a river to catch a prey. As it flies back to the twig, we see it struggle to hold on to the prey; eventually, the fish slithers out of its beak and falls back into the water. A binocular frame zooms in, focusing on the dazed bird that looks disappointed for not being smooth enough to secure its catch. The storyteller, who we now see is a young man camping with his friends, shifts focus onto Beck’s Ice – 100% pure malt beer which he emphasizes is smoother than ‘others’. The group laughs, clinking their Beck’s Ice bottles, enjoying the smooth and refreshing taste.

And clearly, we can say the alcohol industry is not all chill and believes in fighting off the competition!