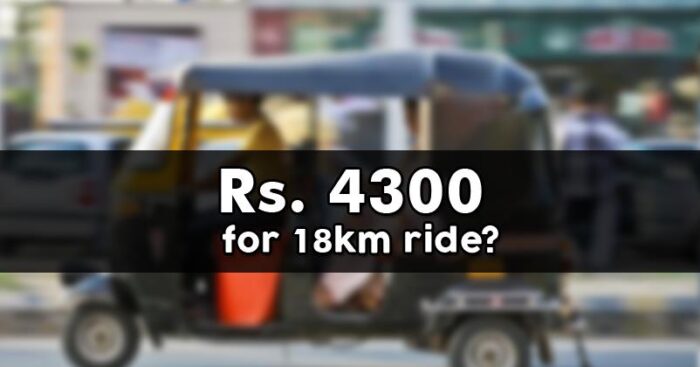 Stuck in a helpless situation, a techie from Bengaluru paid Rs.4300 for a 18Km rickshaw ride in Pune.

Yes! Rs. 4300 was paid by a techie from Bengaluru who had moved to the Pune city to take up a job in an IT firm. The incident occurred in wee hours of Wednesday when after an overnight travel from his home city to the Pune, the man got down at Katraj and after a long and never-ending hustle of booking a cab he opted to travel by an auto-rickshaw to Yerawada where he was assigned his company accommodation. 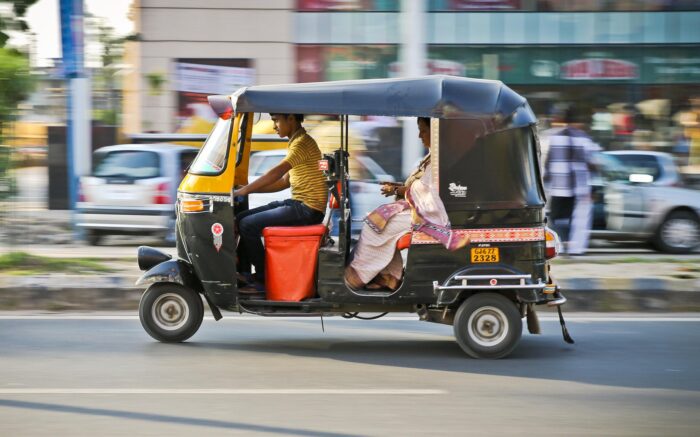 After an 18 Km ride to his destination, the driver who was allegedly drunk and was accompanied by another person in the vehicle asked the man to pay Rs.4,300. After a polite protest, the Bengaluru man gave up when he figured the roads were empty and there was not much he could do at that moment.

He later went to the Yerawada police station with the registeration number of the auto rickshaw vehicle and submitted an official complaint.

According to the techie’s complaint, “One man drove the auto-rickshaw, while another on the passenger seat, who was actually the driver, appeared to be drunk.”

“When I protested, they told me they paid Rs.600 to enter the city and will have to pay Rs.600 to leave the city; the rest was the actual fare,” he said.

Confirming the news an officer from the Yerawada police said,

“We have received the complaint application and will forward it to the chowki concerned. They will search for the suspects and take action.”