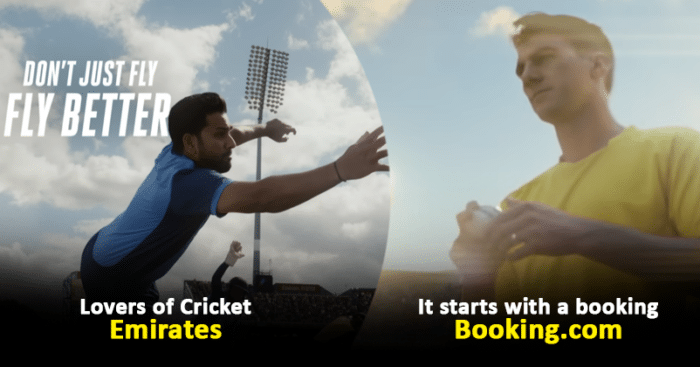 The T20 World Cup 2022 final was played between England and Pakistan at the Melbourne Cricket Ground on Sunday. The match went on to be very tantalizing till the last over declaring England’s legendary win.

England claimed their second Twenty20 World Cup title with a five-wicket win over Pakistan. Ben Stokes’s half-century was remarkable while England left-arm pacer, Sam Curran, was named the Player of the match and also the Player of the tournament.

The Indian team did not make it through the semi-finals after being defeated by England in one heartbreaking match. While we would have hoped to be in the league for the cup, it did not stop us from rooting for England’s win against Pakistan yesterday.

Like every year, brands took the opportunity to be in the limelight during the entire season. From sponsorships to ad campaigns, these brands were there to pump up the excitement.

Here are some of the best T20 world cup campaigns of 2022 that have surely caught all our attention.

Oppo, MRF Tyres, Emirates, UPSTOX, Byju’s, and Booking.com were the official partners of ICC for the tournament this year.