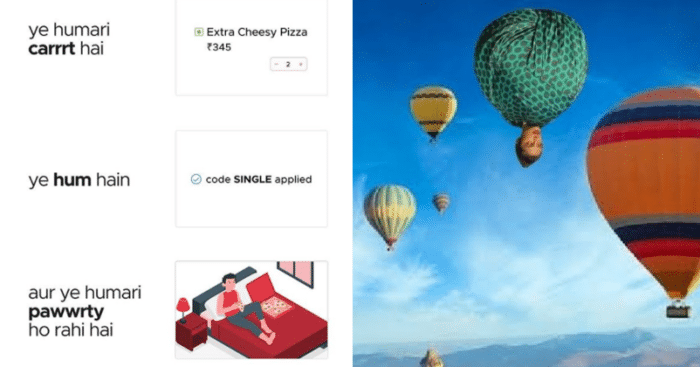 Memes have now become an integral part of the social media. The world is obsessed with them and the internet has a meme for almost everything. While the concept of a meme is to make fun of a thing or someone, many brands have cashed in on the opportunity.

Today we bring you some of the memes that went viral over the year and how they turned to profit a brand in one way or the other.

Earlier this year, Priyanka Chopra Jonas posted a picture of herself that went viral for all the right reasons. The dress that she wore was a balloon dress by Halpern Studio. The picture shared by the actress triggered a meme fest fetching attention to the brand she wore.

The memes were brutal yet funny.

when you notice it pic.twitter.com/4gD5JPNGiL

The actress was able to turn it around and bring the brand the fame it deserved. She even reacted to the memes by sharing them on her story and joining in on all the fun.

Online fashion retailer Myntra was forced to change its logo after a Mumbai-based activist claimed its logo was “offensive” to women. The brand was quick to take notice of the buzz created around the controversy and decided to change the logo. However, the internet was full of memes by then.

Regé-Jean Page gained a lot of popularity for himself and for the Netflix show with the enormous amount of thirst posts all over the social media. Ever since the show was released, people could not stop themselves from appreciating Page’s talent and making the show a success.

I’m watching #Bridgerton for the plot.

FOR THE LOVE OF GOD IF THIS MAN LOOKS AT ME LIKE THAT #Bridgerton pic.twitter.com/lcSBqcVldy

A Reddit subreddit r/WallStreetBets propelled a surge in the video game company, GameStop‘s shares and shook the internet. GameStop shares soar when the market opened, leaping 113% to an intraday high of $413.98. GameStop was up more than 400% in the week.

can't wait to explain this week to my therapist

The Pakistani girl shot to fame with a simple video she shared while partying with her friends. Little did she know that the world would soon join in on the fun. From Yashraj Mukhate to Zomato, everyone wanted to join in on all the fun the ‘pawri girl’ was having.