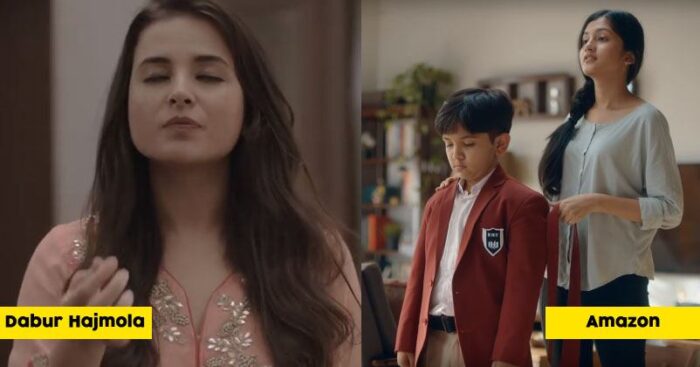 Raksha-Bandhan has always been celebrated in our country with much love and excitement. The day celebrates the bond that a brother and sister share with each other. Years of sibling rivalry and pranks take a break on this day and all that is left is love.

And this festival is not limited to just one religion. People all over the country, irrespective of their religion and belief have been celebrating this day from the beginning of days. That is the true beauty of our nation.

Many brands came forward and tried to express the happiness of Raksha Bandhan through their ad campaigns.

Here is a list of the best Raksha Bandhan campaigns this year:

Candere by Kalyan Jewellers launched a digital film encouraging people to celebrate the festival by gifting your loved ones with your time and presence. It beautifully depicts the importance of family and togetherness.

Having Siblings Is One Of The Best Assets In The World..
Don't Just Share Memes, Share Your Precious Time With Them ♥️

#GiftOfTime Is The Best Gift One Can Give This Rakshabandhan 😊

Amazon India made a heartwarming video that promoted their service and at the same time encouraged people to #DeliverTheLove.

The Italian chocolate manufacturer, Ferrero Rocher, depicted the love that siblings share irrespective of the long-distance among them.

ICICI Lombard’s new digital campaign by Ogilvy and Mather drives the theme of ‘Raksha’ or ‘Protection’ that pivots around the paradigm of protection. Since human interest stories tug at one’s heartstrings, ICICI Lombard has opted for ‘storytelling’ as a medium of expression.

Shoppers Stop through its latest campaign essays the true essence of the festival dedicated to including our house help and caretakers into the family and celebrations.

Exide Life Insurance has come out with a new campaign, #HeadWaaliRakhi to celebrate this festival that symbolizes love and promise of protection between siblings while encouraging people to always wear helmets while driving.

Bajaj Allianz Life has launched a video that redefines the core of this brother-sister relationship through campaign #ProtectSeZyadaSupport.

Max Bupa Health Insurance has launched the #SabKiSister campaign through which the brand aims to celebrate the contribution of the unsung heroes of healthcare – the nurses.

Cadbury India has always celebrated Rakhi with some amazing ads. This year Cadbury weaves a lovely tale of a brother’s sacrifice for his sister.

The ad campaign depicts a story of a brother and sister duo, indulging in the nostalgia of their childhood. It takes the viewer through a montage of memories of how the brother empowered his sister to make her Zindagi Unlimited.