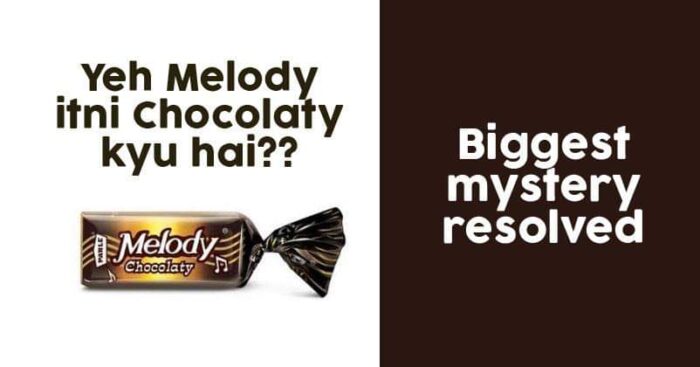 Have you ever been asked the most iconic question of the country, “Melody itti chocolaty kyu hai?” Well for those who couldn’t get it right all these years it’s time for a brief lesson because looks like someone has finally cracked it! 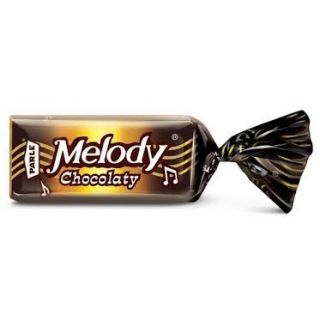 While searching, we found that Pranav Joshi, a Twitter user had posted a series of tweets that explain in-depth the answer to this question. The tweets have been going viral on social media and have successfully managed to garner over 4.2K likes and 1.9K retweets.

Next time someone annoyingly asks you – Melody itni Chocolaty kyun hai?
Send them this.

In the series of tweets Joshi explains the list of all possibles reasons why the famous chocolate is so chocolaty. According to his tweets, the candy has Soy-Lecithin as its key ingredient which not only helps increase the shelf-life of the toffee but also controls sugar crystallization and the fluidity of the chocolate.

First of all, Melody uses Soy-Lecithin which not only helps increase the shelf-life of the toffee, but also controls sugar crystallisation and the fluidity of the chocolate. Parle lists it as one of the ingredients it uses in making of the toffee. (2/n)

He also further explained how the ingredient helps in making Melody chocolaty.

Thus the Soy-lecithin helps in making Melody denser which in turn gives us the idea of a 'chocolaty' core ie. when you bite into the toffee, you feel it is a fuller bite and thick in texture. (3/n)

Melody is also a bi-layered candy with a caramel covering and a chocolate core. This gives us a comparatively bigger dose of flavanoids than other candies in Melody's bracket. The antioxidant properties of flavanoids cause improved cerebral bloodflow. (4/n)

The improved blood flow due to flavonoids trigger the production of endorphins which are essentially happy hormones. They reduce pain and boost pleasure, thus giving you an idea that the chocolate is immensely enjoyable. The 'chocolaty' flavor is amplified (5/n)

The Soy-Lecithin that I mentioned earlier, also helps keep the cocoa butter and cocoa from separating. The melting point of cocoa butter is around 34-35 degrees Celsius, which is slightly less than the average body temperature. (6/n)

Thus, the cocoa butter remains solid at normal room temperature of 23-25 degrees Celsius, but immediately and readily melts when put in mouth. This introduces us to the inner core of the toffee which is dense and makes us think that the core is 'chocolaty' (7/n)

Also, due to the outer caramel covering of melody, there's also slightly more salt present in Melody than other candies. This makes us salivate more when we eat it, the salivary flow increases to around 5ml/min from 2ml/min. And as we salivate, it makes us think 'Chocolaty' (8/n)

So the next time someone asks you "Yeh Melody itni Chocolaty kyun hai?", you'll be armed with something other than "Melody khao khud jaan jao"