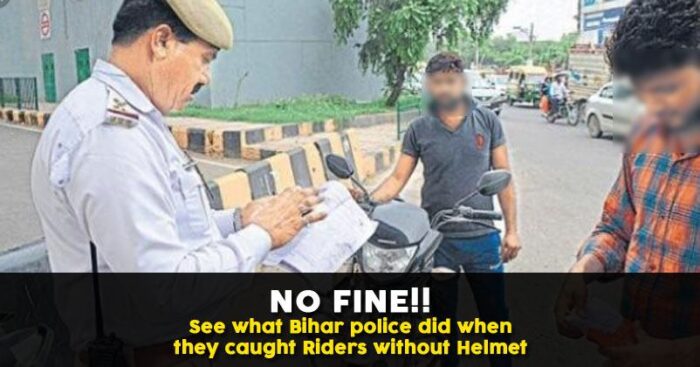 Moving away from the cliche of issuing challans to the traffic rules violators Bihar Police has come up with the creative initiative of their own to tackle the situation of traffic rule violation in the state. 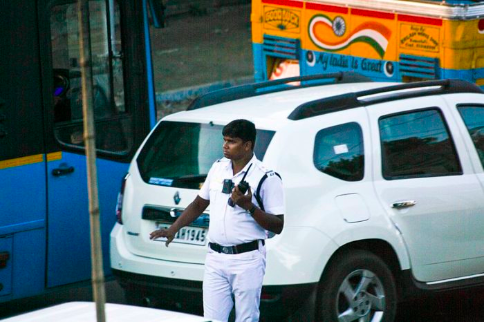 Traffic officials in Motihari (Bihar) led by SHO Mukesh Chandra Kunwar of Chhatauni police station, let off offenders if they corrected their mistakes on the spot and purchased a helmet.

SHO Kunwar in an interview with Financial Express shared that the steep fines under the Motor Vehicles Act fail to build people’s trust making them think of policemen as extortionist instead.

“I drew inspiration from the town’s historical legacy and came up with the plan which could help us achieve the objective of the amended MV Act in a humane yet effective way. Riders are not being fined as that makes them feel like they are offenders. Instead, they are made to purchase good quality helmets and get their insurance renewed,” he said.

For the initiative to work, SHO asked helmet sellers and insurance agents to set up stalls at police checkpoints. He has also put in a request with the District Transport Office to issue learner’s licenses then and there.

But incase a person is found to be in serious violations which could turn dangerous not just for them but others as well, strict measures are taken.

“If a person is found driving rash or under the influence of alcohol, then we are left with no option but to take action according to the law,” he said.

Kerela police earlier had come up with the creative idea of distributing ladoos to traffic violators where on the other hand Manipur police gave away toffees to politely and effectively teach the traffic rule violators a lesson.