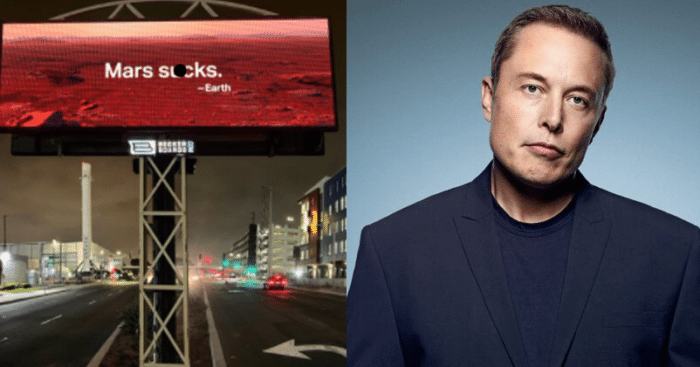 The SpaceX headquarters in Hawthorne, California saw a surprising advertisement which was targeted towards Founder and CEO, Elon Musk. It mentioned that ‘Mars sucks’, which seemed to be a dig at Musk’s plans to find life on the same. Made by the Activista agency in Los Angeles, this creation was live for 30 hours on Earth Day and definitely honored the planet that we live on.

In addition to posting the tweet, the company also went further ahead to define the idea with the caption, ‘What doesn’t suck? #earth’. Here’s the entire post in case you missed it.

What doesn't suck? #earth But the way we treat it frankly, sucks. And then, you dream of #mars. A hellhole. A barren, desolate, wasteland you can’t set foot on fast enough. Great, we got to Mars. Now let's #prioritizeearth #marssucks #earthday #ElonMusk pic.twitter.com/7bkybArErU

It seems that Activista went all out in detailing how much Earth matters to them by buying the domain marssucks.com. As per them, Mars will be an unfavorable environment to live in with a temperature of -117 degree C.

This also sparked a debate the netizens and researchers have been struggling with, for a few years. Is it really smart to spend time and resources on inhabiting Mars? Rather, people feel that the same could be utilized in making Earth a more hospitable place to live in. Similar to Musk, Amazon CEO Jeff Bezos with his company Blue Origin also wants to explore Moon as an option. However, he also feels that Earth is definitely the most suitable option. 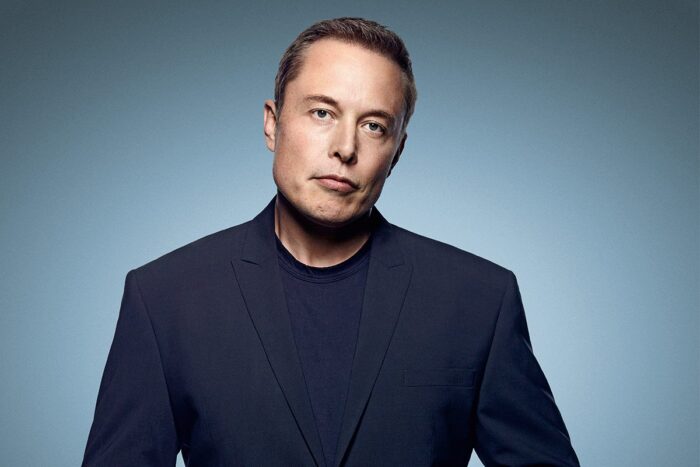 For those of you wondering why Musk is thinking about Mars – consider this to be one of his goals. Having said that, it is also important to note that he is not abandoning anything on Earth. With his company Tesla, he is now trying to shell out electric vehicles in the coming years to make the planet a smart and sustainable destination.

What do you think of all the initiatives taken by Elon Musk?